This is, as accurate as I can do it, the vane that appears in the Gravity Falls intro, and through the whole series as well. A big wooden question mark decorated with the letters "W H A T" in the place of the Cardinals. In the last 3 episodes, or the mini tv-movie, the vane was replaced by one shaped like the character Bill Cipher, bearing the letters "B I L L" instead. I added also a cheaper vane based on a monochromatic shape of Bill pointing to one side.

This is the paid model in which I make a more detailed end with the false relief of wood. For the free, flat version see this post in Thingiverse 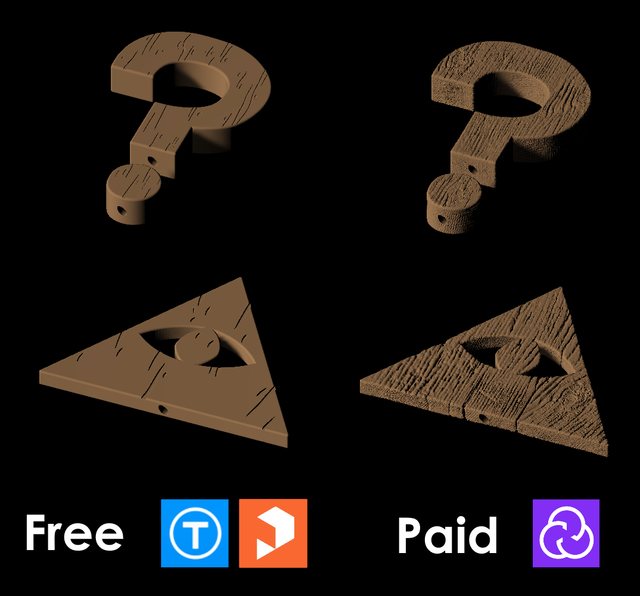 Differences between the free models and the models here.

Of the models I designed here, none of them is meant to work as a proper vane, just to spin randomly with some wind.

Currently, I cannot afford to make any of the big models, so that I used a print-screen of a rendered model for the thumbnail image. If anyone want to print any of these I will be happy to share the results.

The axis assembly is the same for any of the three versions. These are the common parts:

The "vane_1" models. This is the vane standing the whole serie on the top of the smallest roof of the Mystery Shack. I divided the model in parts that enters in a standard 20x20cm bed printer. You can print each part in halves or in one piece as long as the previous needed parts: 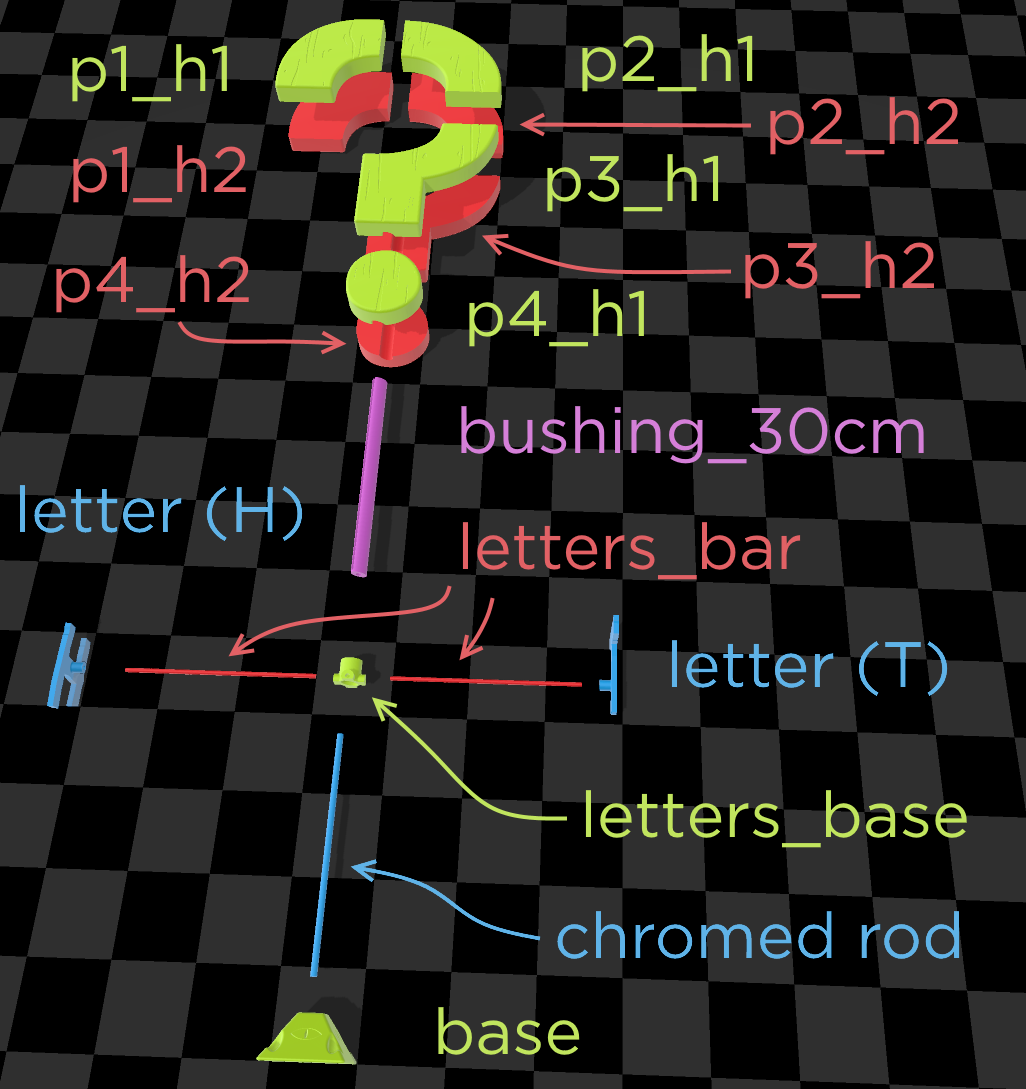 The "bill_2" models. The standard WHAT vane is replaced by this one in the final episodes (Weirdmageddon). I divided the model in parts that fit within a standard 20x20cm bed as well. 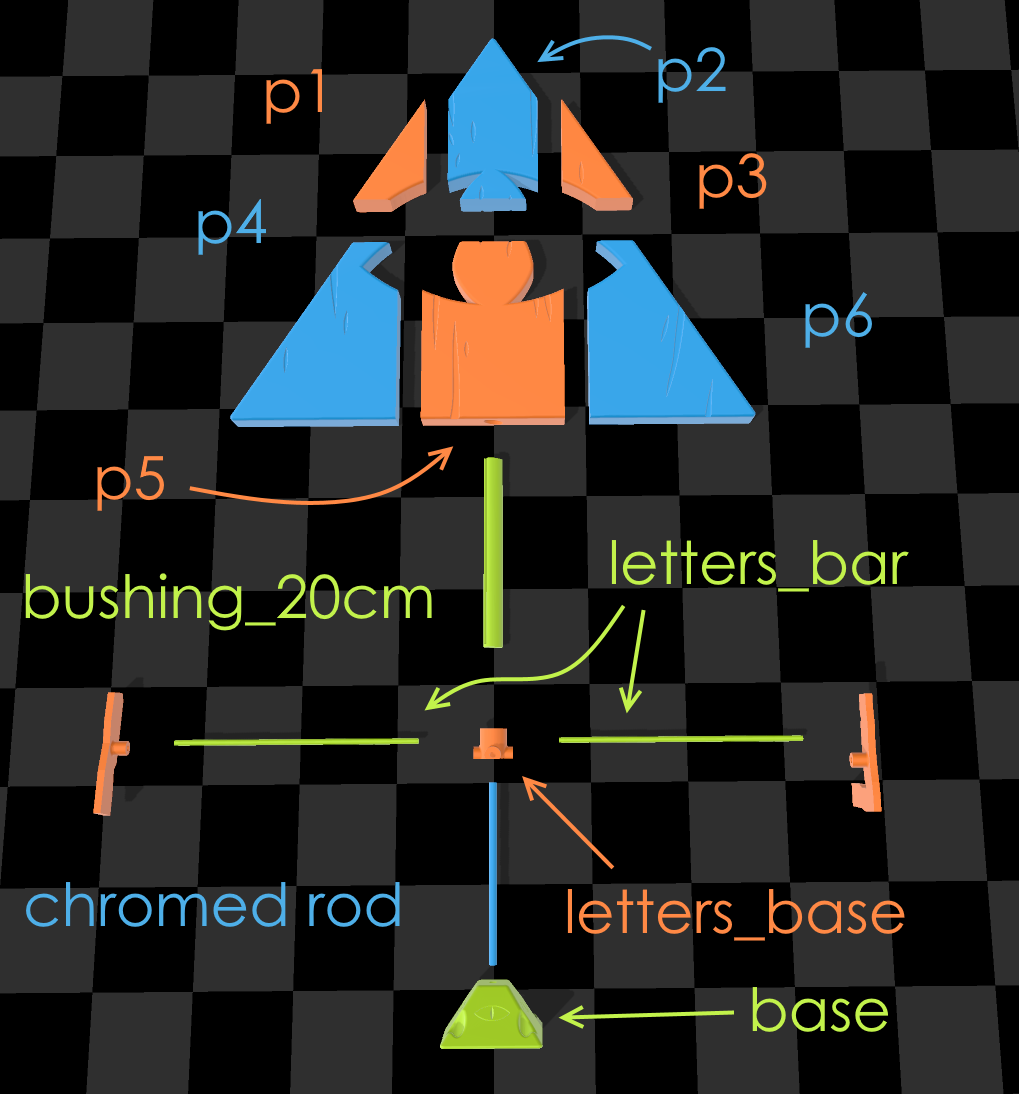 The "bill_1" models. This model does not represent a vane from the cartoon. This was the first I designed, and the only one printed and installed yet. It is also the cheapest, because it's just a 3mm sheet. I divided the model in parts that enters in a standard 20x20cm bed printer. I also uploaded the dxf file for CNC milling or laser cut, in the paid version. 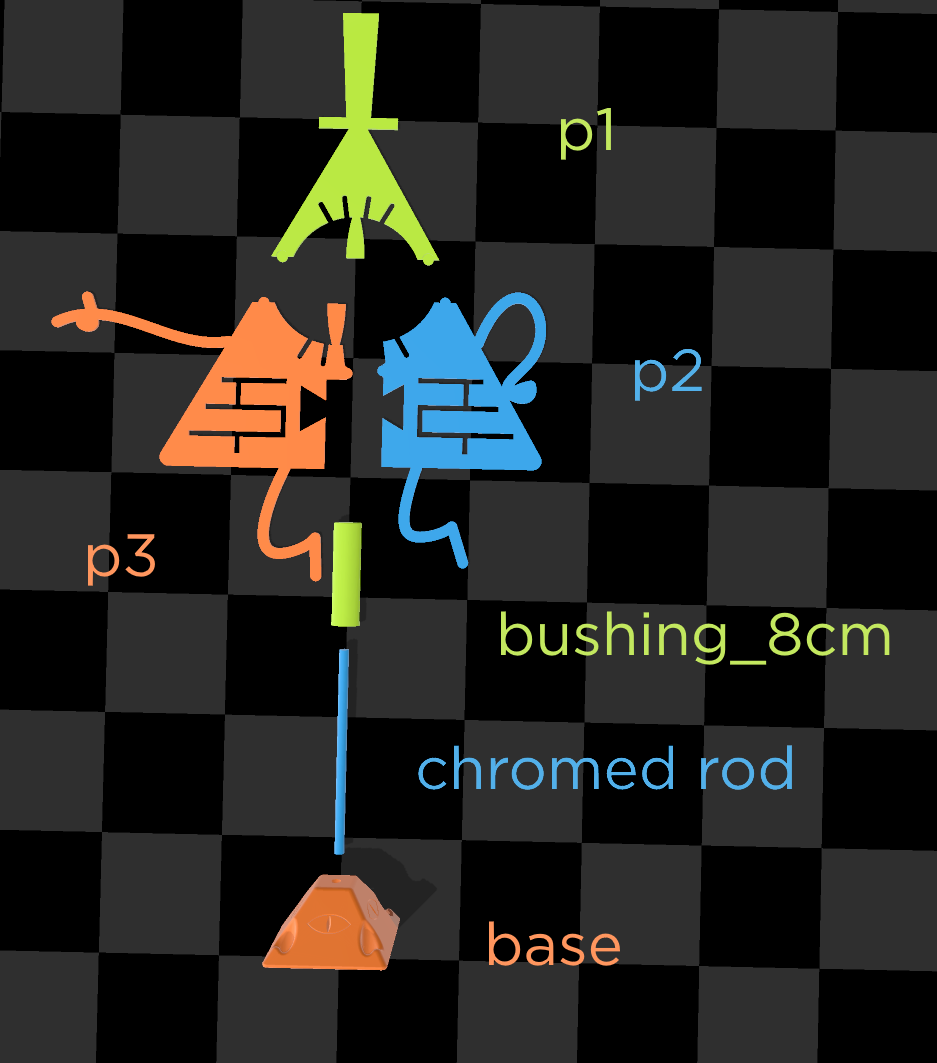 Issue with this design? Report a problem.

Other 3D models from the same designer tato_713

Trash can with swing lid