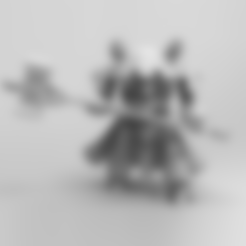 In one of the Emperor's visions, he sensed immense power radiating from the distant world on the outer edge of Imperium. Months later Tech-priests arrived on the desolate planet and discovered the majestic hall deep under colossal ruins of a forgotten age. It contained a hundred statues of Questoris Knights standing upright in formations. In front of them there was a sight to behold, an ancient titan, kneeling and holding with one hand an enormous hammer positioned on a cracked floor. Its lifeless gaze directed on sign engraved on golden pillar „Quia Gloria et Honore“.

Imperial Knight General, leading dozens of Knights is a terrifying experience for any Xeno forces which stand in its way. Engaging in front lines from where thunderous blasts of plasma could be heard and seen from miles. Its specialty in close combat is unparalleled among his ranks, wielding a two-handed power hammer, when fully powered its burst can vaporize armor of even larger titans.

This conversion contains components to build Questoris-class Knight, holding a two-handed hammer (arms are not posable, maybe little up and down), two plasma cannons forged by ancient smith Garin, are mounted on the carapace, two auto-cannons on the torso. Wearing big big cloak (hey why not), legs are made to be posed as right leg back and left front. (it won't fit other ways, can be moved little in mentioned direction). Only file that's hollowed is a hammer, but hip could be also hollowed(for saving some 3d materials, as plasma guns and hands), but I kept it solid because there would be just too many parts.

All files are inspected in meshmixer and ready for 3d printing. I plan to release one or two more conversions of this Knight soon. And add shield on a place of auto-cannon on the torso, posable hands with weapons and fists for this knight.

IF THERE IS PROBLEM WITH DOWNLOADING HERE IS LINK: https://drive.google.com/drive/folders/1hLhdeVixfMMGMBSAVh-qW5-U_lqVQvdq?usp=sharing

ALL PARTS FOR THIS KNIGHT ARE CUSTOM MADE AND HAVE DIFFERENT JOINTS AND SOCKETS IN COMPARISON TO REAL ONE.

Be free to send a request for it and I'll see what I can do. And happy printing:).

If you can spare a dime and Tip or Post a Make it would mean much support.

UPDATE (22.8.2019) - MODIFIED EXHAUST PIPES, PISTONS ON TOP ARE HIGHER BECAUSE SOME PHOTON USERS HAD DISTORTION ON IT. (OPTIONAL)

Copyright infringement is not intended. All parts are created freehand in 3d modeling software, no copyrighted product had been scanned or copied in any way.
These models are for personal use as proxies and should never be sold. If it causes copyright issues, I will remove it. 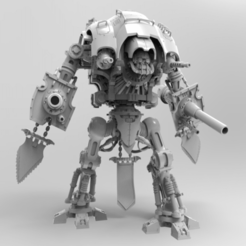 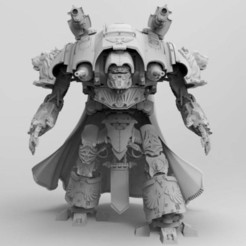 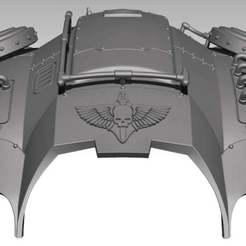 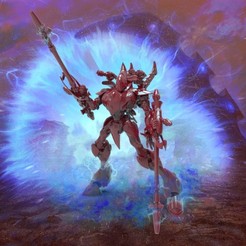 Elderly woman behind the counter in a small town 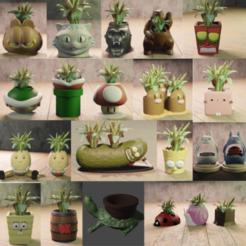 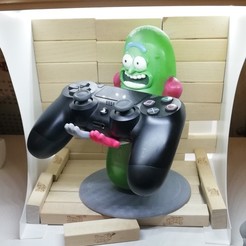 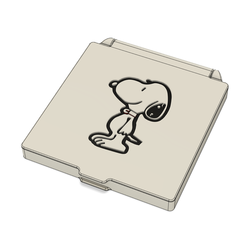 Hey there! Is this modell scaled for tabletop already, or should I thinker with it's height/scale. (I'm still new for printing, sorry)

jey do you have shoulderpads without anything ?

IF THERE IS PROBLEM WITH DOWNLOADING HERE IS LINK: https://drive.google.com/drive/folders/1hLhdeVixfMMGMBSAVh-qW5-U_lqVQvdq?usp=sharing

Are you planning to release a version that has the whole model instead of it being in components?

Strange, after downloading, archive is corrupted. And just 1 gb. (

Omg, its 41 Gb now and it still dowloading!

Hello ! how much file do you weigh? I download 18 GB and it has not finished downloading yet

Hi is this for normal size or the smaller titanicus scale?

Looks great, do you have plain shoulder pads with no designs? Thanks!

Is this model properly scaled? This is so nice!

Love the model thanks. I printed off the armour plates and arms with the hammer. I hope to see more gun option for the carapace in the near future.

These are stl. files which means you can open them in any 3d software which can open stl files, I personally use Zbrush, Blender and meshmixer. You can convert it to obj with Blender.

Cant open it in Cinema 4D. Could you tell me which software do you use or can you export it in a other way?