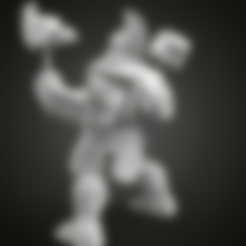 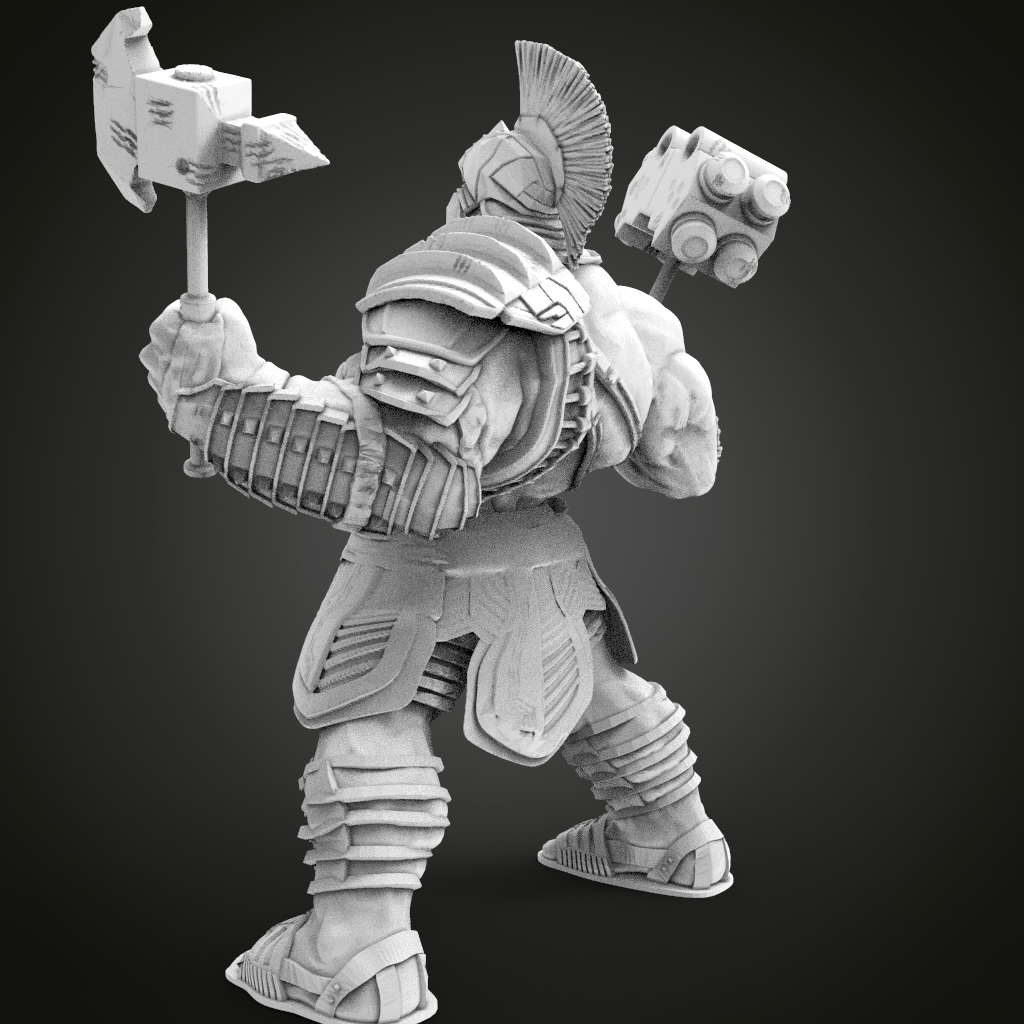 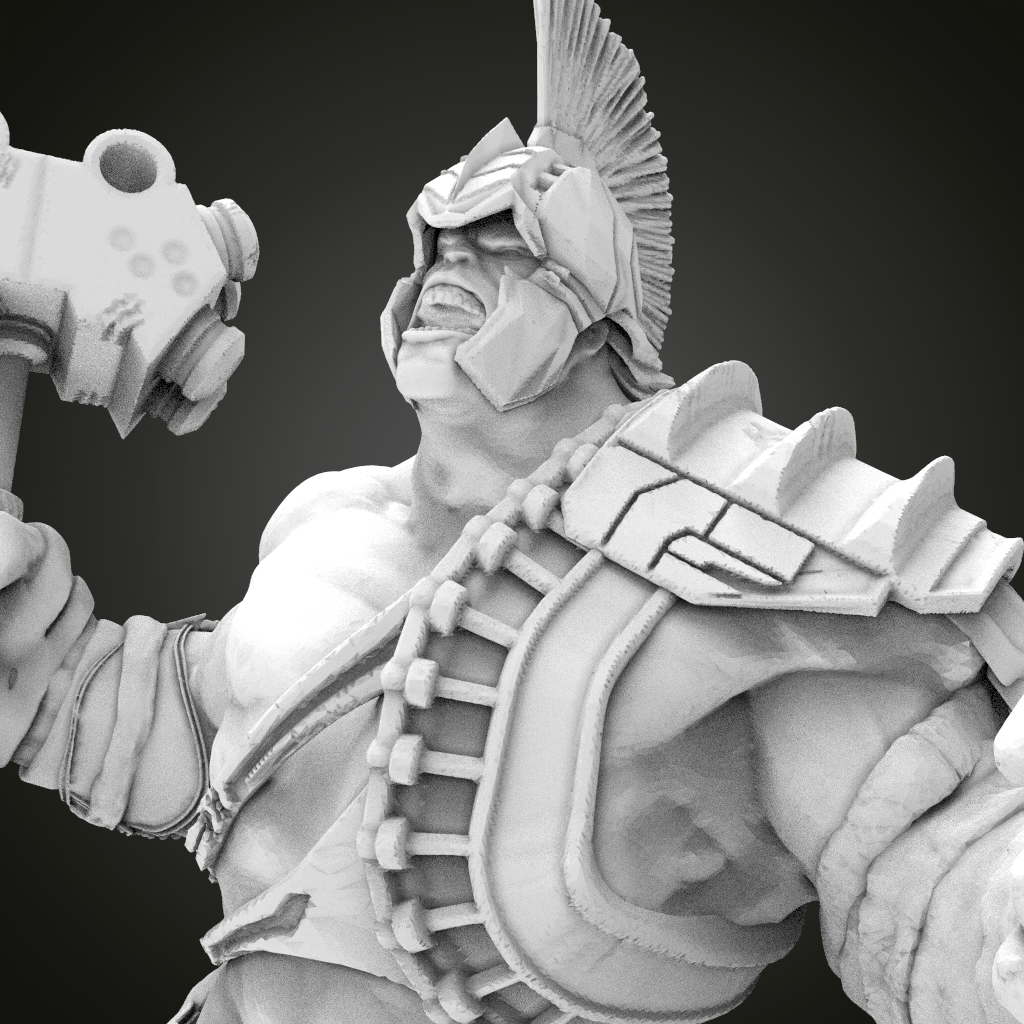 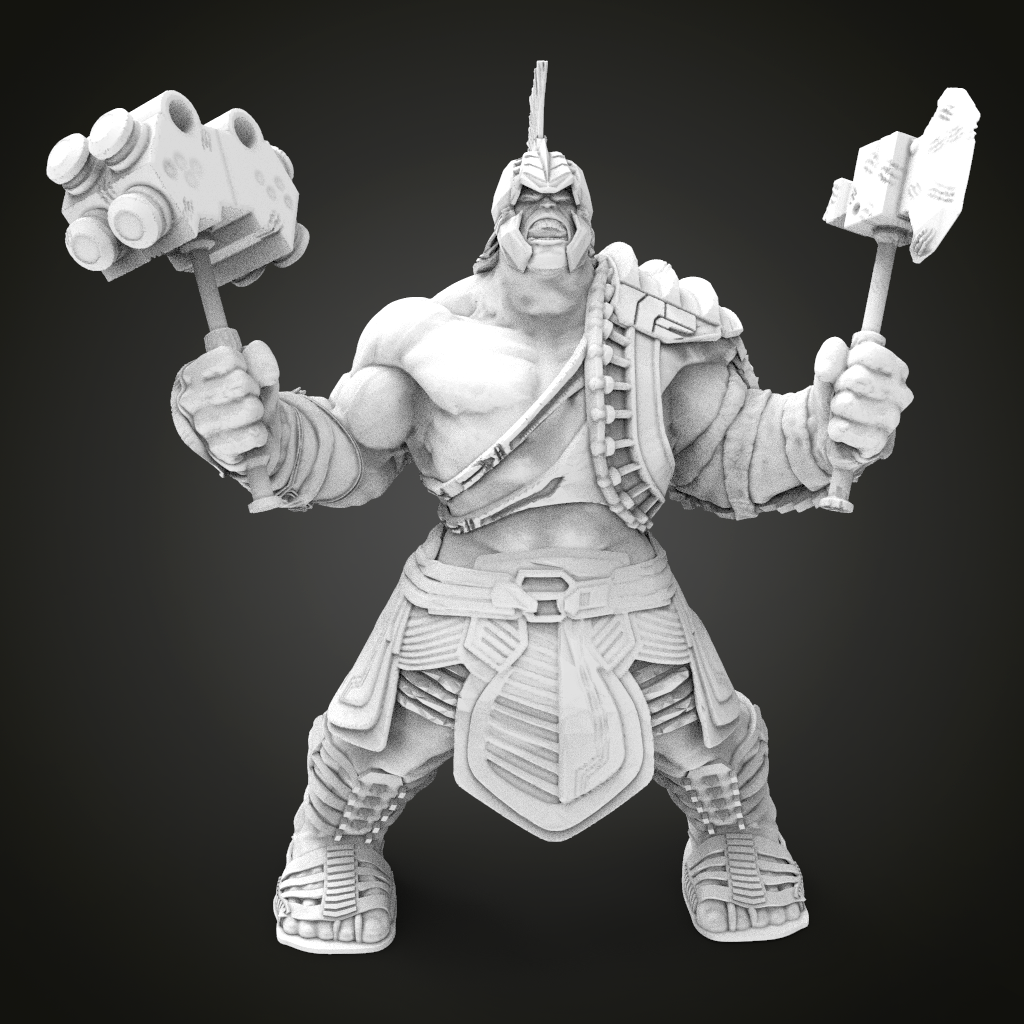 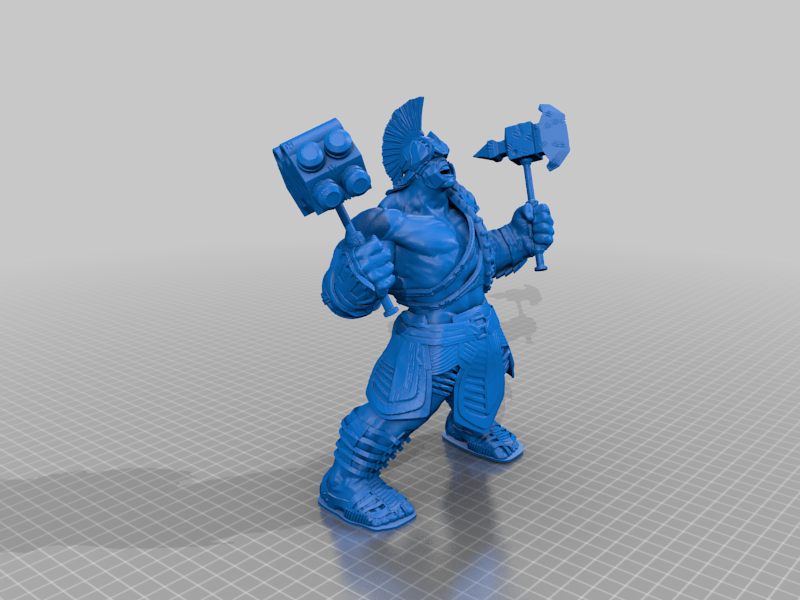 Invulnerability
Superhuman strength, stamina and durability
Anger empowerment
Regenerative healing factor
The Hulk is a fictional superhero appearing in publications by the American publisher Marvel Comics. Created by writer Stan Lee and artist Jack Kirby, the character first appeared in the debut issue of The Incredible Hulk (May 1962). In his comic book appearances, the character is both the Hulk, a green-skinned, hulking and muscular humanoid possessing a vast degree of physical strength, and his alter ego Dr. Robert Bruce Banner, a physically weak, socially withdrawn, and emotionally reserved physicist, the two existing as independent personalities and resenting of the other.

Following his accidental exposure to gamma rays saving the life of Rick Jones during the detonation of an experimental bomb, Banner is physically transformed into the Hulk when subjected to emotional stress, at or against his will, often leading to destructive rampages and conflicts that complicate Banner's civilian life. The Hulk's level of strength is normally conveyed as proportionate to his level of anger. Commonly portrayed as a raging savage, the Hulk has been represented with other personalities based on Banner's fractured psyche, from a mindless, destructive force, to a brilliant warrior, or genius scientist in his own right. Despite both Hulk and Banner's desire for solitude, the character has a large supporting cast, including Banner's lover Betty Ross, his best friend Rick Jones, his cousin She-Hulk, therapist and ally Doc Samson, and his co-founders of the superhero team the Avengers, etc. However, his uncontrollable power has brought him into conflict with his fellow heroes and others. Despite this he tries his best to do what's right while battling villains such as Leader, Abomination, Absorbing Man and more.

Lee stated that the Hulk's creation was inspired by a combination of Frankenstein and Dr. Jekyll and Mr. Hyde.[3] Although the Hulk's coloration has varied throughout the character's publication history, the most usual color is green. He has two main catchphrases: "Hulk is strongest one there is!" and the better-known "Hulk smash!", which has founded the basis for numerous pop culture memes.[citation needed]

One of the most iconic characters in popular culture,[4][5] the character has appeared on a variety of merchandise, such as clothing and collectable items, inspired real-world structures (such as theme park attractions), and been referenced in a number of media. Banner and the Hulk have been adapted in live-action, animated, and video game incarnations. The character was first played in a live-action feature film by Eric Bana. In the Marvel Cinematic Universe,[not verified in body] the character was portrayed by Edward Norton in the film The Incredible Hulk (2008) and by Mark Ruffalo in the films The Avengers (2012), Iron Man 3 (2013) in a cameo, Avengers: Age of Ultron (2015), Thor: Ragnarok (2017), Avengers: Infinity War (2018), Captain Marvel (2019) in a cameo, and Avengers: Endgame (2019).

It was patently apparent that [the monstrous character the] Thing was the most popular character in [Marvel's recently created superhero team the] Fantastic Four. ... For a long time I'd been aware of the fact that people were more likely to favor someone who was less than perfect. ... It's a safe bet that you remember Quasimodo, but how easily can you name any of the heroic, handsomer, more glamorous characters in The Hunchback of Notre Dame? And then there's Frankenstein ... I've always had a soft spot in my heart for the Frankenstein monster. No one could ever convince me that he was the bad guy. ... He never wanted to hurt anyone; he merely groped his torturous way through a second life trying to defend himself, trying to come to terms with those who sought to destroy him. ... I decided I might as well borrow from Dr. Jekyll and Mr. Hyde as well—our protagonist would constantly change from his normal identity to his superhuman alter ego and back again.[9]

Kirby, commenting upon his influences in drawing the character, recalled as inspiration witnessing in person the hysterical strength of a mother lifting a car off her trapped child.[10][11][12]

Lee has also compared Hulk to the Golem of Jewish mythology.[8] In The Science of Superheroes, Gresh and Weinberg see the Hulk as a reaction to the Cold War[13] and the threat of nuclear attack, an interpretation shared by Weinstein in Up, Up and Oy Vey.[8] This interpretation corresponds with other popularized fictional media created during this time period, which took advantage of the prevailing sense among Americans that nuclear power could produce monsters and mutants.[14]

In the debut, Lee chose grey for the Hulk because he wanted a color that did not suggest any particular ethnic group.[15] Colorist Stan Goldberg, however, had problems with the grey coloring, resulting in different shades of grey, and even green, in the issue. After seeing the first published issue, Lee chose to change the skin color to green.[16] Green was used in retellings of the origin, with even reprints of the original story being recolored for the next two decades, until The Incredible Hulk vol. 2, hashtag 302 reintroduced the grey Hulk in flashbacks set close to the origin story. An exception is the early trade paperback, Origins of Marvel Comics, from 1974, which explains the difficulties in keeping the grey color consistent in a Stan Lee written prologue, and reprints the origin story keeping the grey coloration. Since December 1984, reprints of the first issue have displayed the original grey coloring, with the fictional canon specifying that the Hulk's skin had initially been grey.

Lee gave the Hulk's alter ego the alliterative name "Bruce Banner" because he found he had less difficulty remembering alliterative names. Despite this, in later stories he misremembered the character's name and referred to him as "Bob Banner", an error which readers quickly picked up on.[17] The discrepancy was resolved by giving the character the official full name "Robert Bruce Banner."[1]

The Hulk got his name from a comic book character named The Heap who was a large green swamp monster. [18]

Series history
The Hulk's original series was canceled with issue hashtag 6. Lee had written each story, with Kirby penciling the first five issues and Steve Ditko penciling and inking the sixth. The character immediately guest-starred in The Fantastic Four hashtag 12, and months later became a founding member of the superhero team the Avengers, appearing in the first two issues of the team's eponymous series (Sept. and Nov. 1963), and returning as an antagonist in issue #3 and as an ally in hashtag 5. He then guest-starred in Fantastic Four #25–26 (April–May 1964), which revealed Banner's full name as Robert Bruce Banner, and The Amazing Spider-Man hashtag 14.[19]

The Incredible Hulk hashtag 1. Cover art by Jack Kirby and Paul Reinman.
Around this time, co-creator Kirby received a letter from a college dormitory stating the Hulk had been chosen as its official mascot.[8] Kirby and Lee realized their character had found an audience in college-age readers.

A year and a half after The Incredible Hulk was canceled, the Hulk became one of two features in Tales to Astonish, beginning in issue hashtag 60.[20]

This new Hulk feature was initially scripted by Lee, with pencils by Steve Ditko and inks by George Roussos. Other artists later in this run included Jack Kirby (#68–87, June 1965 – Oct. 1966); Gil Kane (credited as "Scott Edwards", #76 , (Feb. 1966)); Bill Everett (#78–84, April–Oct. 1966); John Buscema (#85–87); and Marie Severin. The Tales to Astonish run introduced the super-villains the Leader,[3] who would become the Hulk's nemesis, and the Abomination, another gamma-irradiated being.[3] Marie Severin finished out the Hulk's run in Tales to Astonish. Beginning with issue hashtag 102 the book was retitled The Incredible Hulk vol. 2,[21] and ran until 1999, when Marvel canceled the series and launched Hulk #1 . Marvel filed for a trademark for "The Incredible Hulk" in 1967, and the United States Patent and Trademark Office issued the registration in 1970.[22]

Len Wein wrote the series from 1974 through 1978, working first with Herb Trimpe, then, as of issue hashtag 194, with Sal Buscema, who was the regular artist for ten years.[23] Issues #180–181 (Oct.–Nov. 1974) introduced Wolverine as an antagonist,[24] who would go on to become one of Marvel Comics' most popular characters. In 1977, Marvel launched a second title, The Rampaging Hulk, a black-and-white comics magazine.[3] This was originally conceived as a flashback series, set between the end of his original, short-lived solo title and the beginning of his feature in Tales to Astonish.[25] After nine issues, the magazine was retitled The Hulk! and printed in color.[26]

In 1977, two Hulk television films were aired to strong ratings, leading to an Incredible Hulk TV series which aired from 1978 to 1982. A huge ratings success, the series introduced the popular Hulk catchphrase, "Don't make me angry. You wouldn't like me when I'm angry", and broadened the character's popularity from a niche comic book readership into the mainstream consciousness.[27]

Bill Mantlo became the series' writer for five years beginning with issue hashtag 245. Mantlo's "Crossroads of Eternity" stories (#300–313, Oct. 1984 – Nov. 1985) explored the idea that Banner had suffered child abuse. Later Hulk writers Peter David and Greg Pak have called these stories an influence on their approaches to the character.[28][29] Mantlo left the series for Alpha Flight and that series' writer John Byrne took over The Incredible Hulk.[30] The final issue of Byrne's six issue run featured the wedding of Bruce Banner and Betty Ross.[31] Writer Peter David began a twelve-year run with issue hashtag 331. He returned to the Roger Stern and Mantlo abuse storylines, expanding the damage caused, and depicting Banner as suffering dissociative identity disorder (DID).[3]

In 1998, David killed off Banner's long-time love Betty Ross. Marvel executives used Ross' death as an opportunity to pursue the return of the Savage Hulk. David disagreed, leading to his parting ways with Marvel.[32] Also in 1998, Marvel relaunched The Rampaging Hulk as a standard comic book rather than as a comics magazine.[3] The Incredible Hulk was again cancelled with issue #474 of its second volume in March 1999 and was replaced with new series, Hulk the following month, with returning writer Byrne and art by Ron Garney.[33][34] New series writer Paul Jenkins developed the Hulk's multiple personalities,[35] and his run was followed by Bruce Jones[36] with his run featuring Banner being pursued by a secret conspiracy and aided by the mysterious Mr. Blue. Jones appended his 43-issue Incredible Hulk run with the limited series Hulk/Thing: Hard Knocks #1–4 (Nov. 2004 – Feb. 2005), which Marvel published after putting the ongoing series on hiatus. Peter David, who had initially signed a contract for the six-issue Tempest Fugit limited series, returned as writer when it was decided to make that story the first five parts of the revived volume three.[37] After a four-part tie-in to the "House of M" storyline and a one-issue epilogue, David left the series once more, citing the need to do non-Hulk work for the sake of his career.[38]

Writer Greg Pak took over the series in 2006, leading the Hulk through several crossover storylines including "Planet Hulk" and "World War Hulk", which left the Hulk temporarily incapacitated and replaced as the series' title character by the demigod Hercules in the retitled The Incredible Hercules (Feb. 2008). The Hulk returned periodically in Hulk, which then starred the new Red Hulk.[39] In September 2009, The Incredible Hulk was relaunched as The Incredible Hulk vol. 2, #600 .[39] The series was retitled The Incredible Hulks with issue hashtag 612 to encompass the Hulk's expanded family, and ran until issue hashtag 635 when it was replaced with The Incredible Hulk vol. 3, (15 issues, Dec. 2011 – Dec. 2012) written by Jason Aaron with art by Marc Silvestri.[40] As part of Marvel's 2012 Marvel NOW! relaunch, a series called The Indestructible Hulk (Nov. 2012) debuted under the creative team of Mark Waid and Leinil Yu.[41] This series was replaced in 2014 with The Hulk by Waid and artist Mark Bagley.[42] 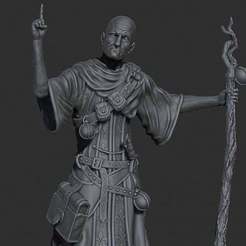