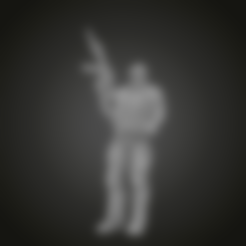 Soldier of Fortune (video game)
From Wikipedia, the free encyclopedia
Jump to navigationJump to search
This article is about the 2000 first-person shooter video game. For the game released as Soldiers of Fortune in the U.S., see The Chaos Engine. For the second title in the series, see Soldier of Fortune II: Double Helix. For the third title, see Soldier of Fortune: Payback. For other games, see Soldier of Fortune (disambiguation).
Wiki letter w.svg
This article's lead section does not adequately summarize key points of its contents. Please consider expanding the lead to provide an accessible overview of all important aspects of the article. Please discuss this issue on the article's talk page. (August 2013)
Soldier of Fortune
The game's cover art
Cover art
Developer(s) Raven Software
Publisher(s) Activision
Director(s) Brian Raffel
Producer(s) Marty Stratton
Designer(s) Jim Hughes
Programmer(s) Rick Johnson
Artist(s) Joe Koberstein
Scott Rice
Composer(s) Chia Chin Lee
Engine id Tech 2
Platform(s) Microsoft Windows, Linux, Dreamcast, PlayStation 2
Release Microsoft Windows
NA: February 29, 2000
EU: March 28, 2000
Dreamcast
NA: July 24, 2001
EU: July 24, 2001
PlayStation 2
NA: November 11, 2001
EU: July 5, 2002
Genre(s) First-person shooter
Mode(s) Single-player, multiplayer
Soldier of Fortune is a first-person shooter video game created by Raven Software and published by Activision on February 29, 2000, for Microsoft Windows. It was later released for the PlayStation 2, as well as the Dreamcast, while Loki Software also made a port for Linux. It was digitally re-released on GOG.com on October 2, 2018, along with its two successors.[1] The player takes on the role of a U.S. mercenary as he trots around the globe hoping to halt a terrorist nuclear weapons plot.

The game is notable for its realistic depictions of violence, made possible by the GHOUL engine, including the dismemberment of human bodies. This was the game's stylistic attraction and it caused considerable controversy, especially in Canada and Germany, where it was classified as a restricted-rated film and listed on the Federal Department for Media Harmful to Young Persons, respectfully. The technology creates 26 different zones on the bodies of enemies, allowing for vastly different reactions depending upon which one is targeted.

During development, it had been planned that the game would take place partially in Bosnia, that real weapons would be used almost exclusively, and that taking damage would affect the player's movement and dexterity.