Read our article about Printoid, the application that monitors your 3D printers remotely. You will find out a presentation of how it works, a list of features and opinions written by users of the application. 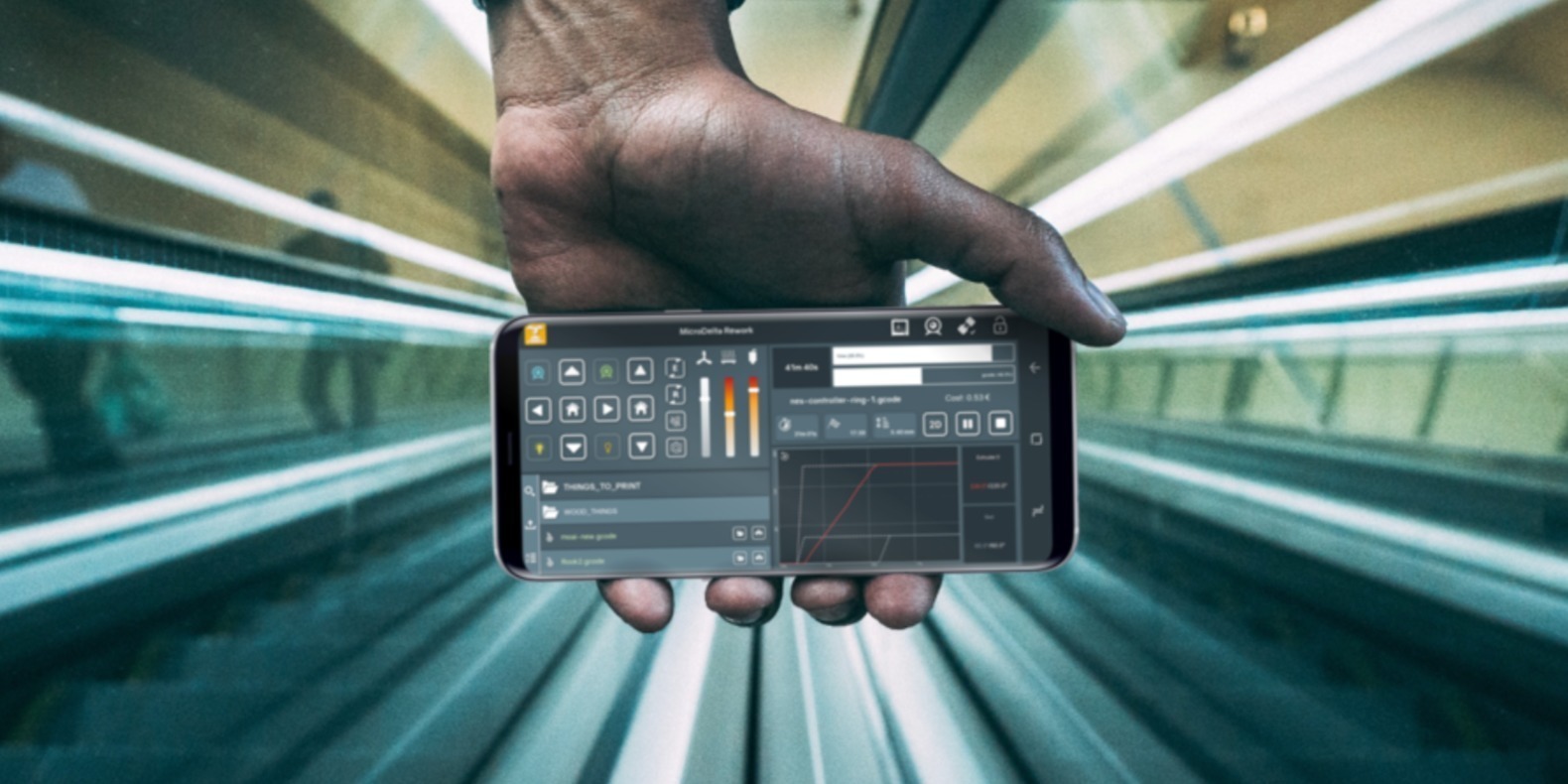 Printoid for OctoPrint is an intelligent interface to control your 3D printer (s) via one (or more) OctoPrint servers.
All in one"interface, Printoid, which can be embedded in your pocket on your Android smartphone, or integrated with your 3D printer on an Android tablet for example, is built on the experience of its users.
With more than 30,000 installations worldwide, the design and functionality have been designed to simplify the use of your reprapes and add a touch of "connectedness" to them, worthy of the market's high-end 3D printers.
This is in any case the goal of Printoid's developer, always listening to users in order to improve the application and refine each of the functionalities according to the feedback it receives.

Printoid is available in 3 versions on Google Play: 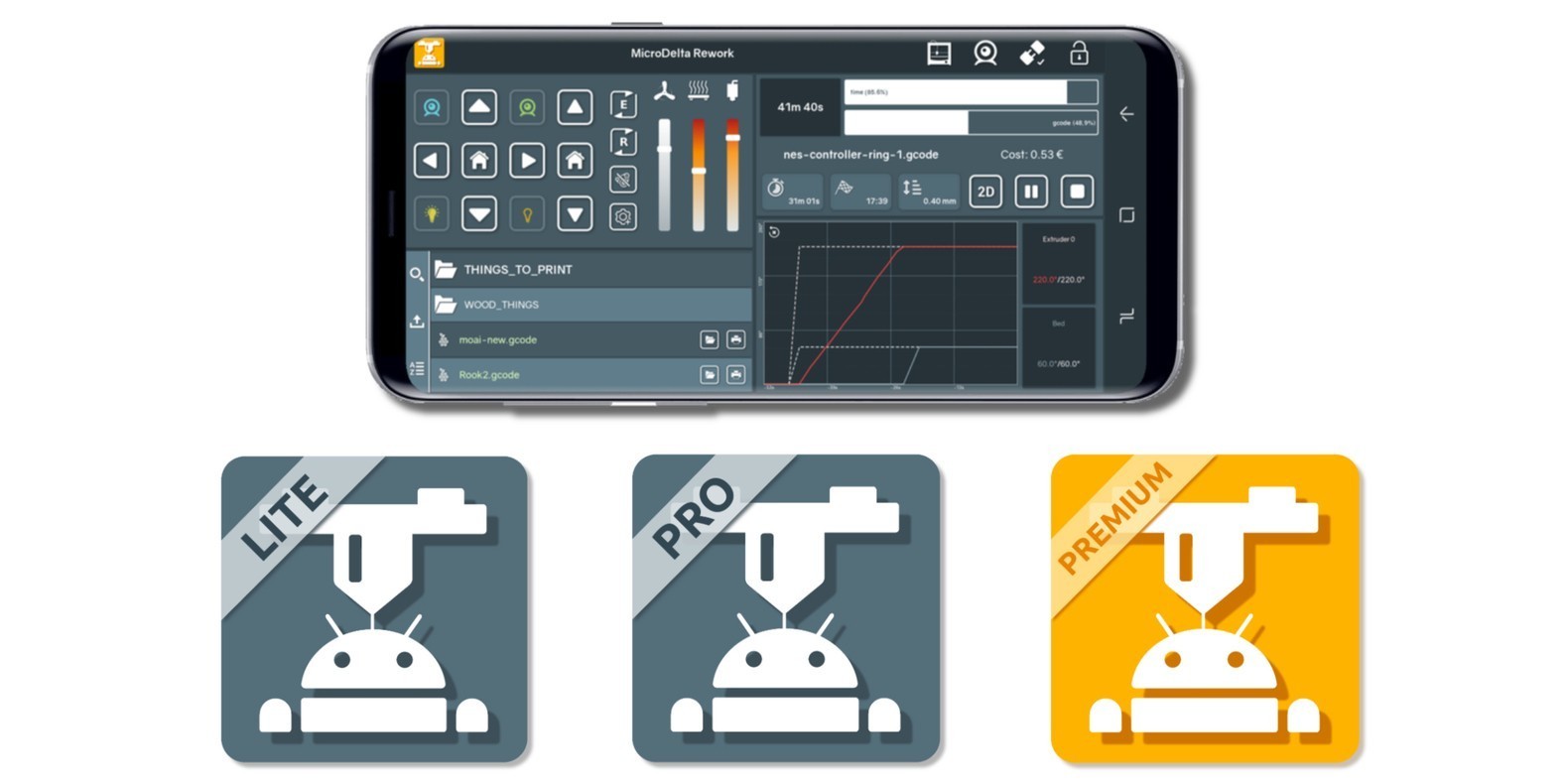 Printoid now integrates all the essential features for: 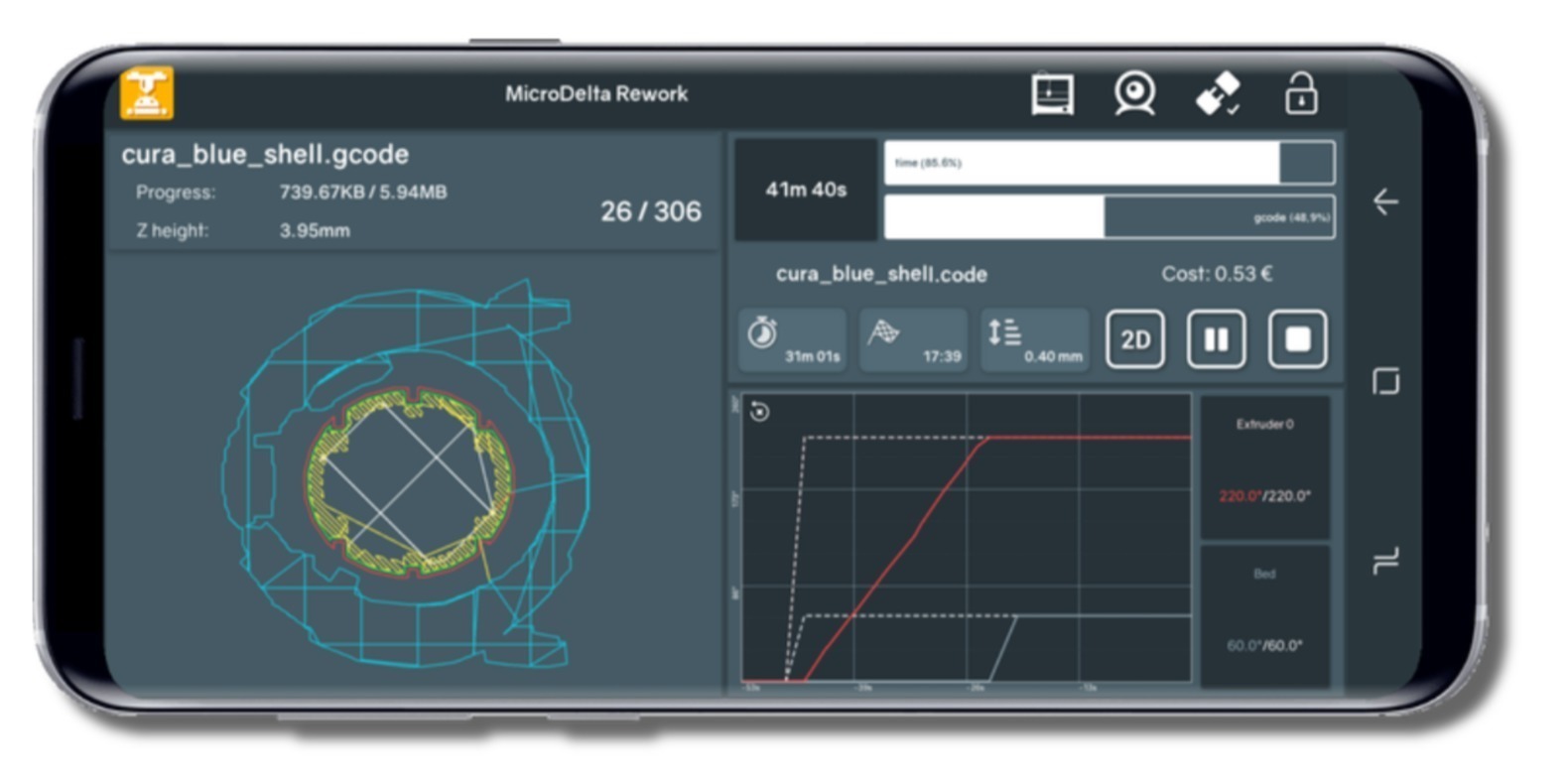 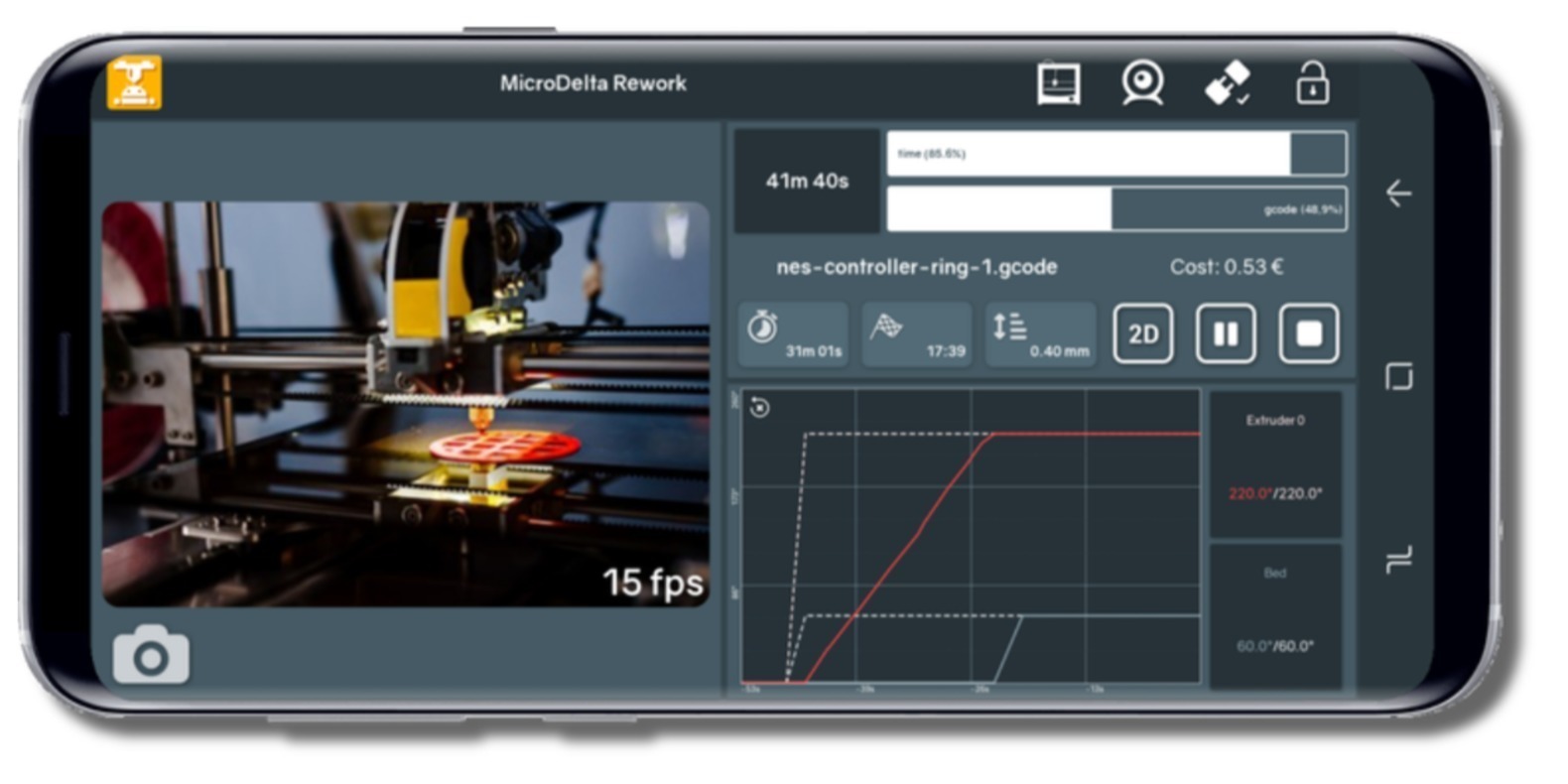 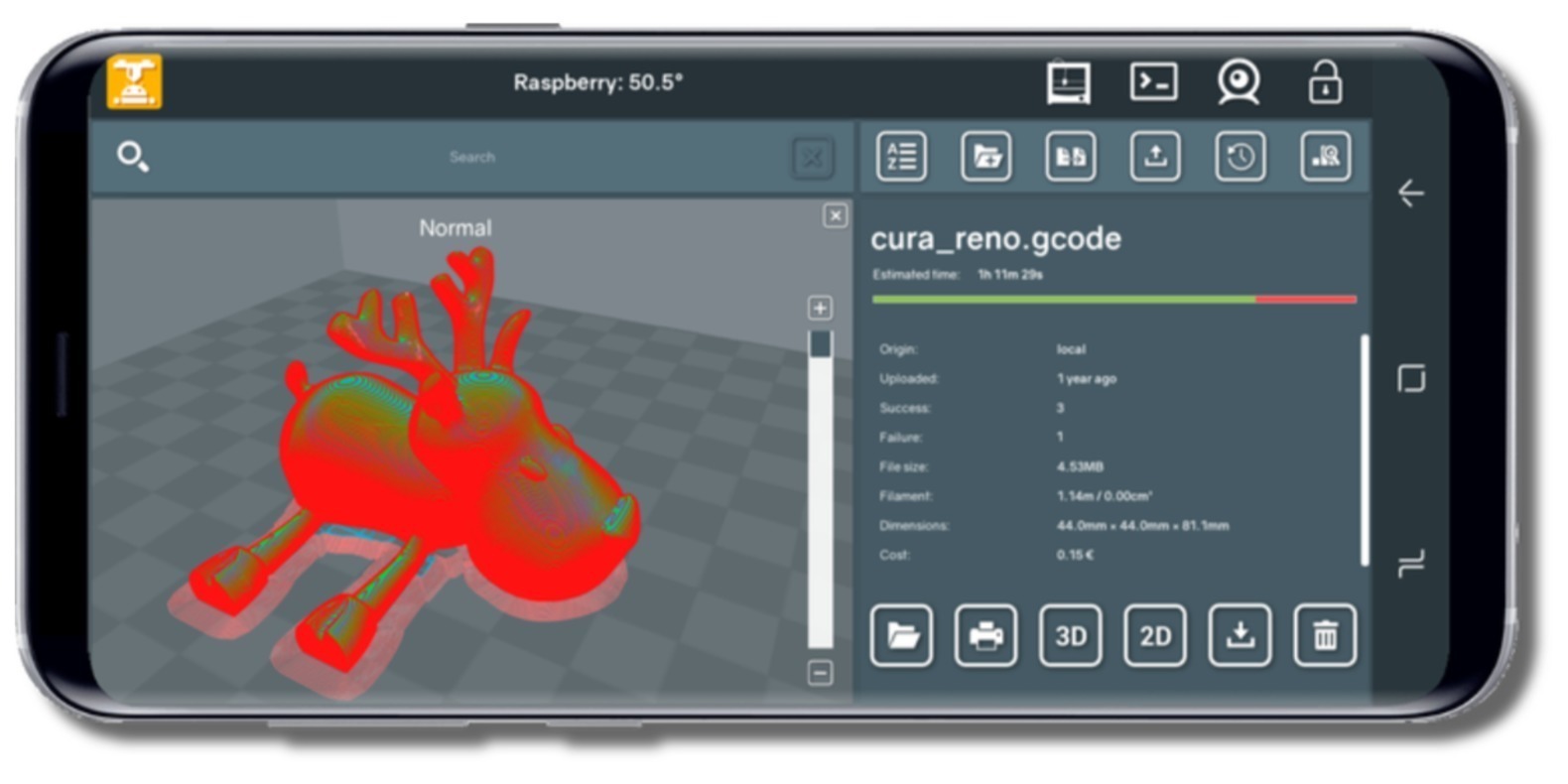 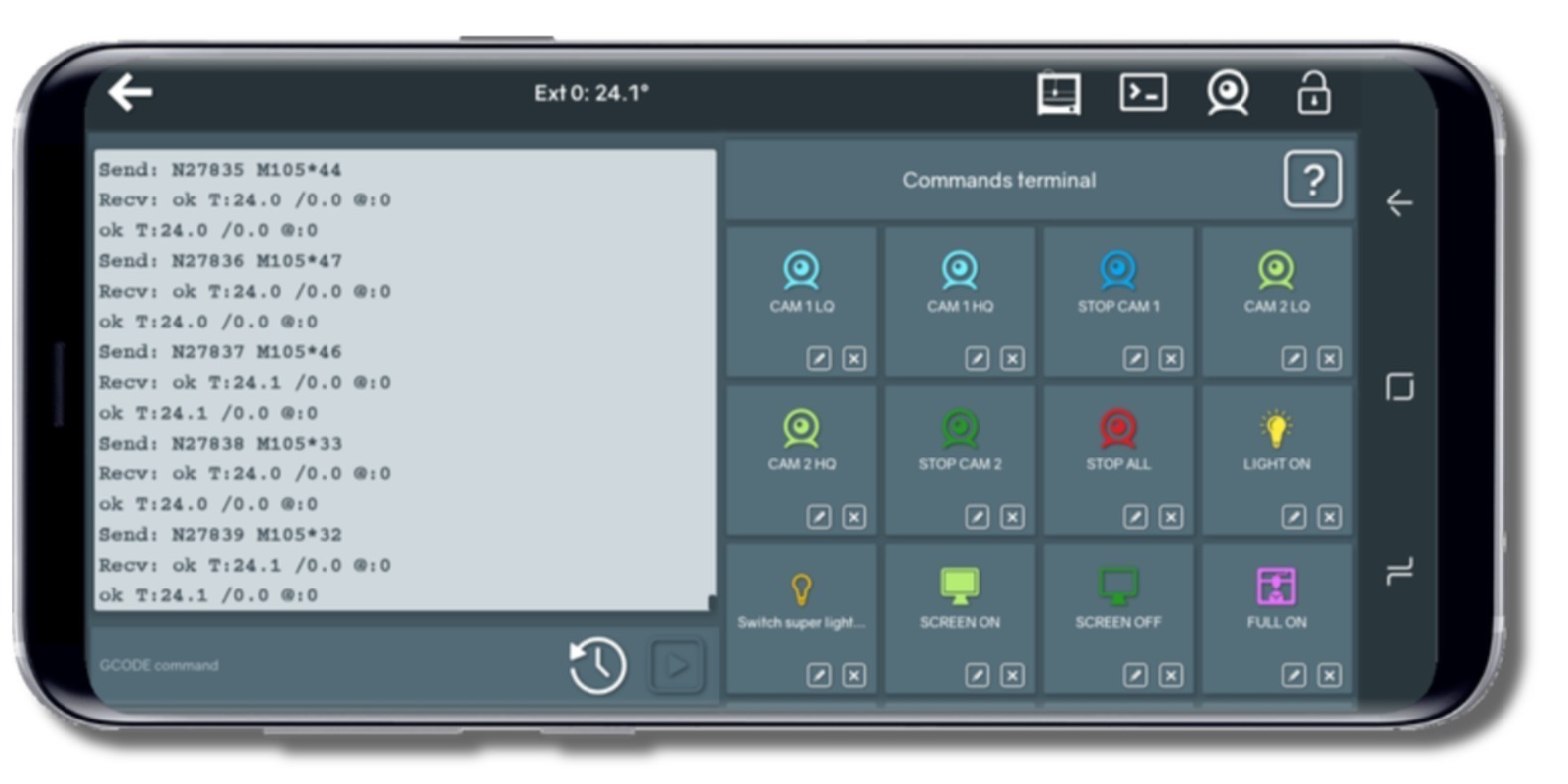 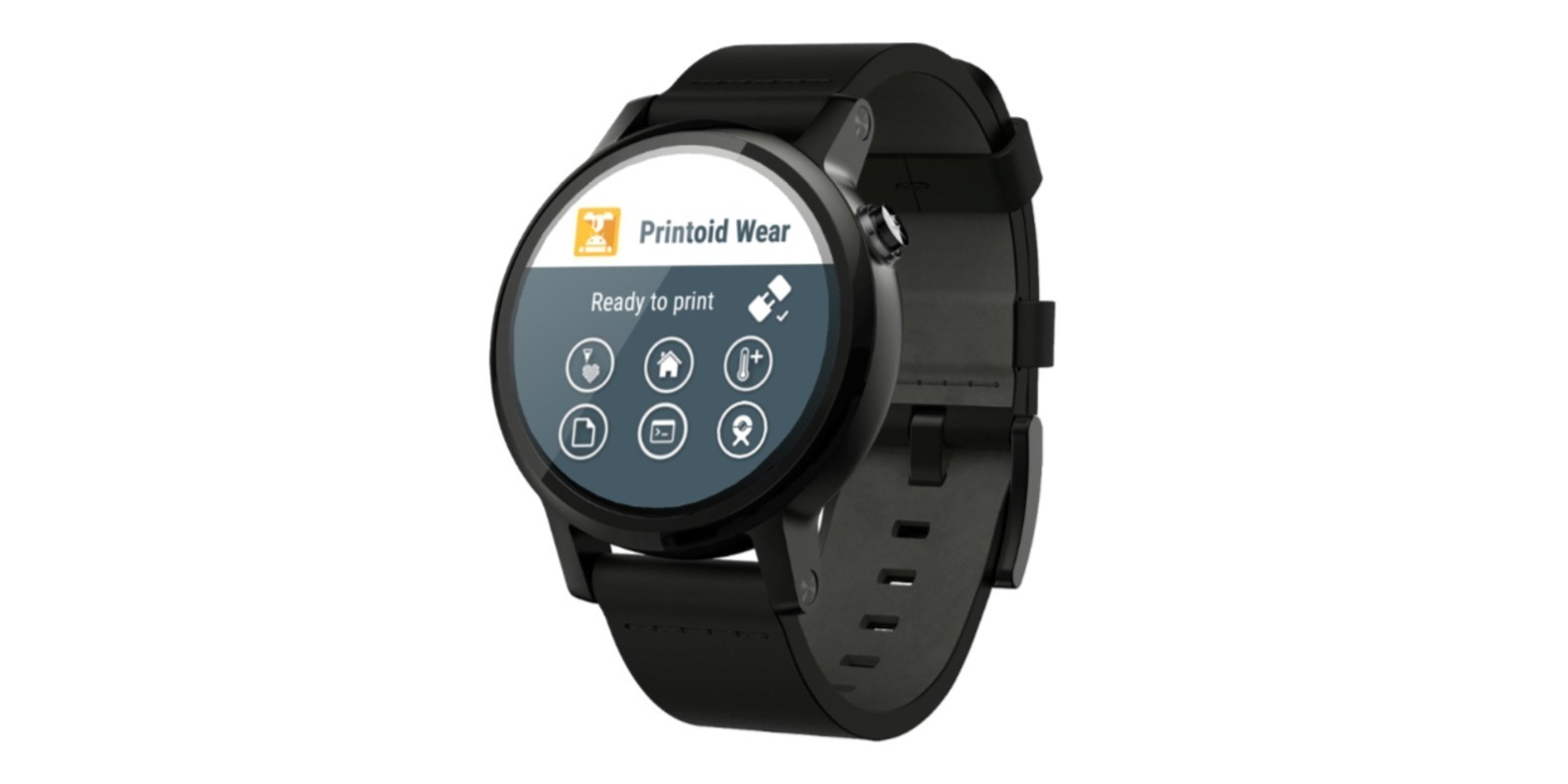 These 5 users were personally contacted in December 2017 to answer the following questions: 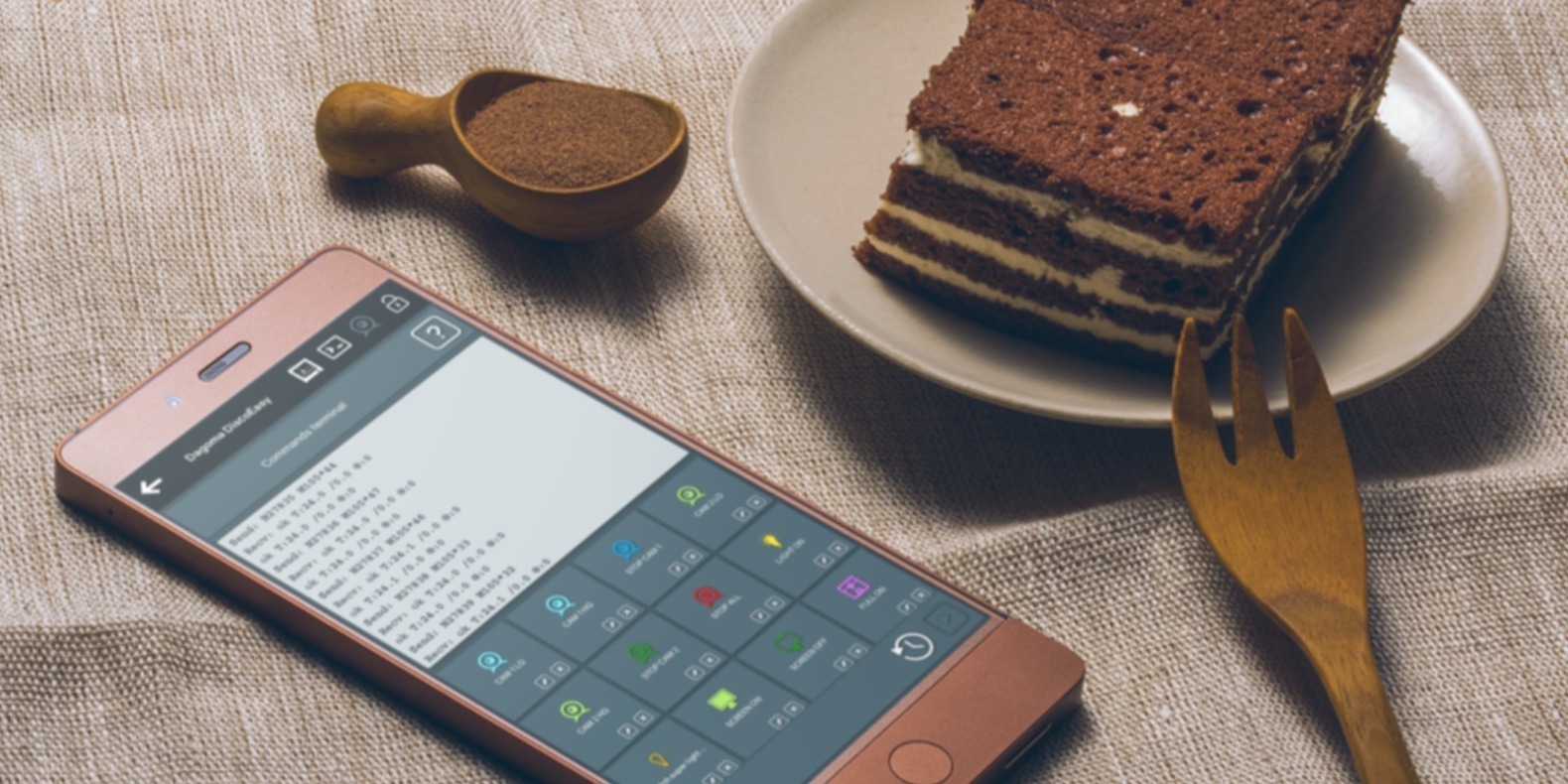 The responses collected were simply translated into French. No changes to the content have been made.

I discovered Printoid on Google Play a little bit by hazard. Basically I wanted to find a way to modify the online interface of OctoPrint that I found a little long to load, and especially not very intuitive despite the excellent features offered.
It's been almost a year and a half since Printoid. The app accompanies me every day in my impressions, either outside my home or in front of my two CR-10.
I use it mainly to print my impressions in the morning, and to follow the progress throughout my day at work, 40km from home. On several occasions, Printoid allowed me to stop the impression that I had been given in time, and so made me save a few euros of PLA, which could have been cheaper if I hadn't noticed it before I got home.

Printoid allows you to connect to OctoPrint both on the local network and remotely when you are connected to a 3G/4G network or another WiFi access point.
However, Printoid does not allow automatic error detection - whether it be firmware errors (although normally handled by OctoPrint) or classic printing errors, such as untimely part splicing or extrusion problems. Keep an eye on your impressions!

I had some problems configuring my Raspberry Pi, OctoPrint, and Printoid. I don't really know much about networking and Linux. However, after some research, everything works fine.
At the beginning I would have tended to say that Printoid was aimed at confirmed users but in fact, all the actions to be carried out are indicated on the internet.
I ended up installing Printoid on a tablet that I fixed to the cabinet of my 3D printer. The interface is nice, and fits in well with the design of my machine.

For more than a year now, the https://printoid.net website has not only been informing users about new features in Printoid, but has also provided many tutorials for installing and configuring OctoPrint and Printoid.
For the most part, everything is done in English (Printoid is translated into English, French, Spanish, German, German, Dutch and Russian). But many graphics and illustrations come to simplify the procedures so that it is open to everyone, even the most novices.

I was a little skeptical when I saw that there were several apps to control OctoPrint. In fact, I didn't really have any use for it? at least that's what I thought. Printoid must be the second application I tested. Having an iPhone, I got an old Android tablet to install it.
Might as well say I didn't regret my purchase. Super application, well designed and active developer with remarks. The pace of development is unbridled (almost a new version every week at some point) which forced me to do the updates frequently. But each version seemed to bring a little bit of extras each time, so it didn't get me that far.
Practical to control my reprap, I didn't have to worry about the configuration. Today I don't use Printoid anymore because I replaced my old 3D printer with a new one equipped with a proprietary control system. But I keep it on my tablet, just in case.

Indeed, currently Printoid is only available on Android and not on iOS. But a version for Apple devices is under development.
Printoid's development is based on the needs of its users: it is first and foremost a collaborative project where users submit ideas, ideas for improvement and translate the application into their native language. Hence a rapid development, which may lose more than one! But Printoid. net is here to inform you of the changes in the application.

Printoid conquered me from the very beginning. I think I'm a user of the first hour. I like Printoid because it works best with OctoPrint.
And that offers more functionality than OctoPrint! In fact, I feel like I have the control of my 3D printer still in my pocket. I bought the PREMIUM version as soon as it was available because I wanted to support the developer's work.
I use the application to verify that my files are correct before I start printing. Then, when I'm at university, I start printing a few hours before the end of my classes, so that the printer finishes when I get home to my apartment.
As I'm under a lot of stress, I appreciate the video feed back and especially the widgets to see my printer live from my smartphone's home!

Printoid allows 2D and 3D visualization of its GCODE files from the file manager. Functionality? which may seem "gadget" to some people, but which makes it possible to check the last time you have not forgotten to put supports, or that the size of the object is the one you want;)

I don't like the OctoPrint interface. And it's not suitable for a small smartphone screen, like mine (ndlr. a Galaxy A3). Printoid is more convenient to use, and contains more things than other apps. I started with the LITE version
The interface is not perfect and could be more pure. Nevertheless it is complete and everything is easily accessible. For the moment I don't miss anything, and that's very good because that's what I was asking!
I use Printoid when I'm in front of my 3D printers. To prepare the prints and start my calibrations. Printoid also helps me a lot to check that my impressions run smoothly, and also to control the home automation that I installed in my "do-it-yourself" space at home.
If the application had cost $15 I would have bought it for $15 without having to wait!

Printoid is suitable for any screen size, from small to large. Smartphones and tablets. Portrait and landscape. Printoid even supports a deuteranopia mode for people with colour blindness! As well as an energy saving mode for OLED screens.
The interface seems to be loaded and unintuitive at first glance, but don't trust appearances: Each element has been placed in the millennium, each event can redirect you to a more complete page, more oriented towards the target functionality, each element is, in short, the key to a calibrated interface for the use of all makers. 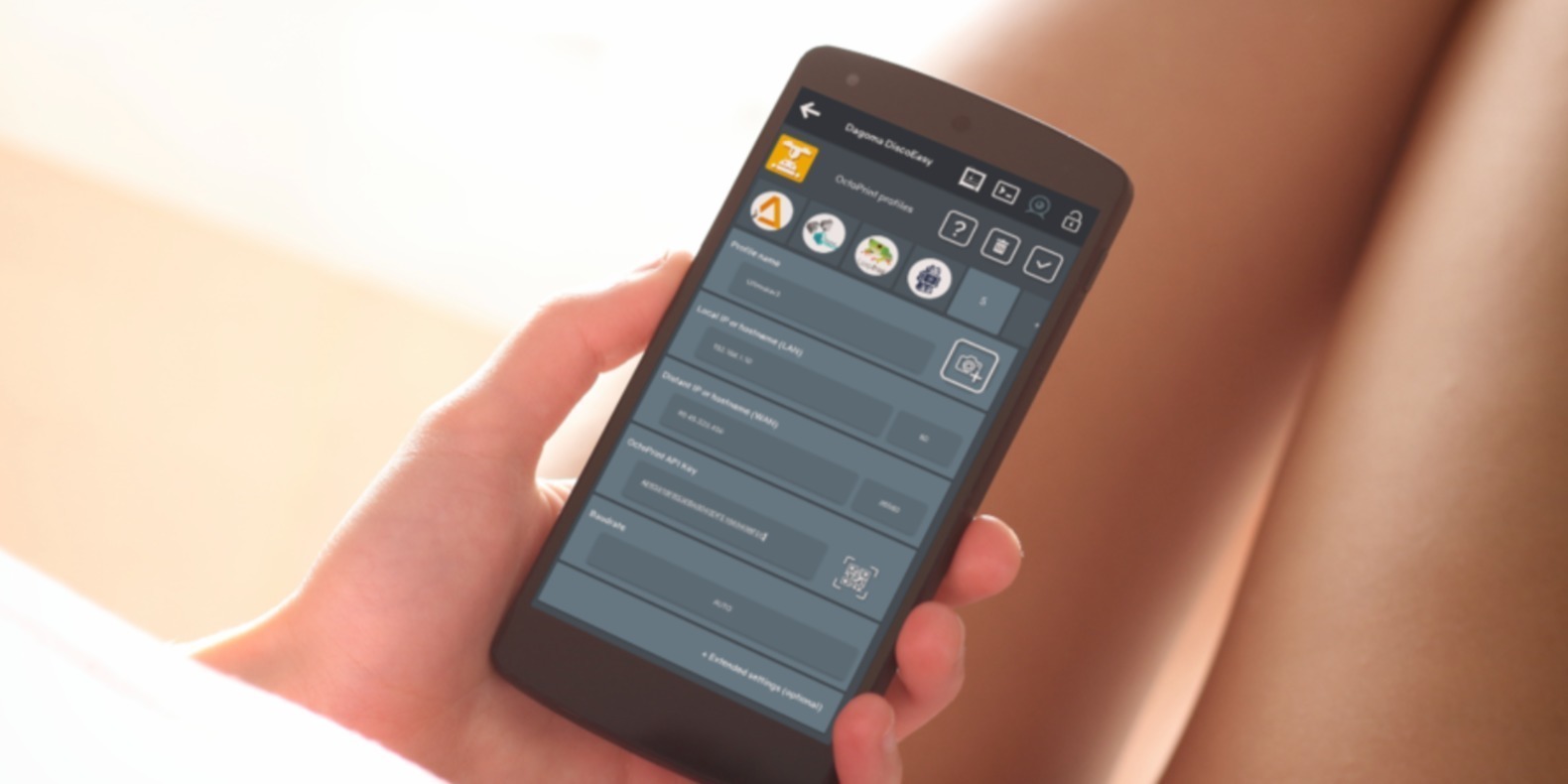 How to recycle or reuse empty filament spools for 3D printing?

This article lists various solutions to recycle or reuse your empty filament spools for 3D printing. Stop throwing them in the garbage, instead put them to work by finding a useful role for them! 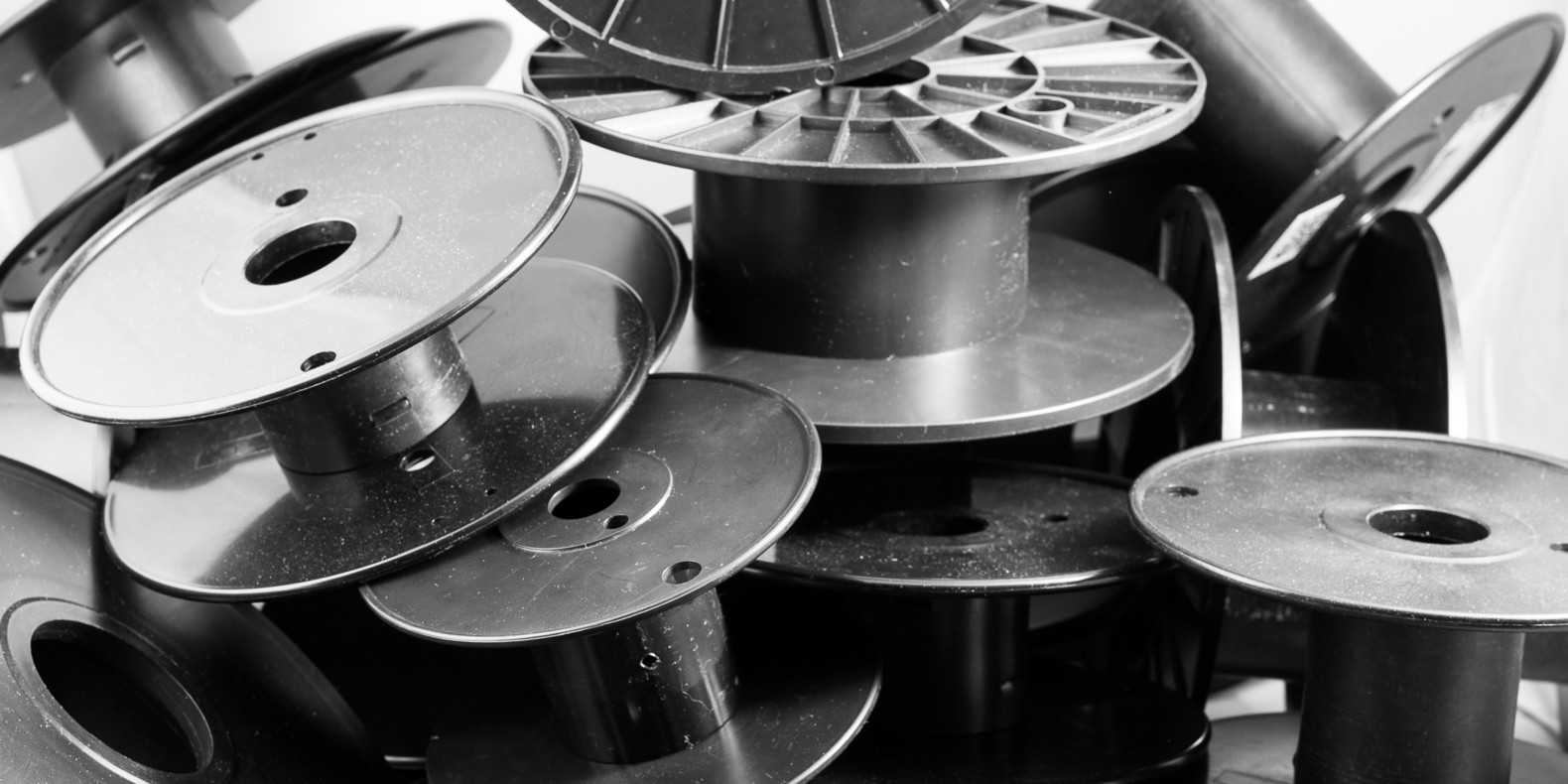 The best Instagram accounts of designers for 3D printing

Here is a selection of the 10 best Instagram accounts of 3D designer to follow. You will find many photos and videos about 3D modeling and 3D printing, click here and follow our TOP 10 3D printing instagramers! 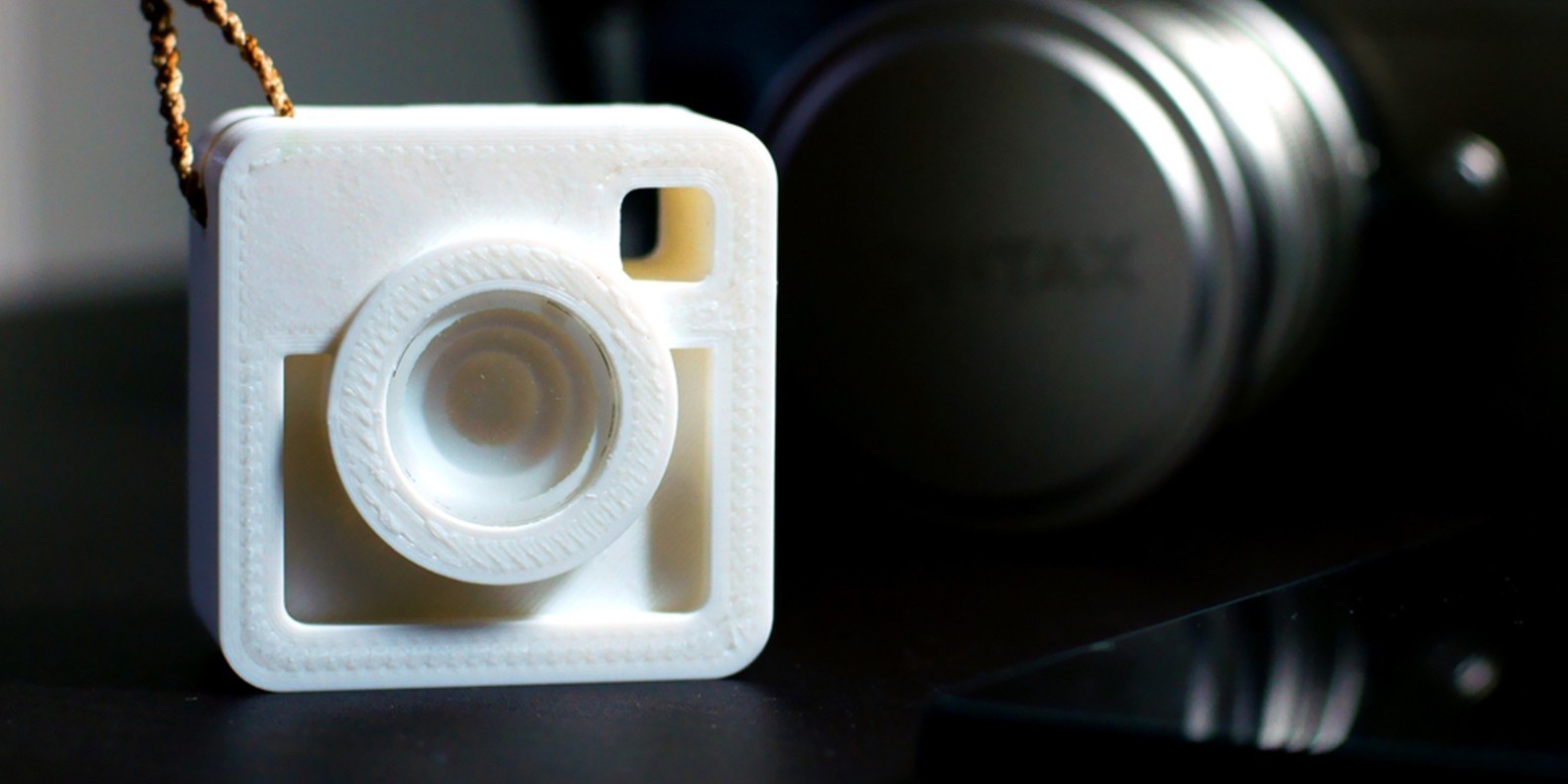