Another Update 5/4/2019:
I've added another sleeve to hold a bearing for faster spinning gauge. File windspeed12-base-bearingholder.stl I've also swapped to petg just to test and so far its done about the same as ABS. With this I've recorded winds of just over 55mph. I've also updated the schematics.

This is ONE piece of my weather stations. This Anemometer works fantastic and has handled and recorded winds up to 50+mph so far. It is made to slide into PVC pipe. I use a simple op amp circuit to convert infrared LED and infrared transistor to a digital signal. The digital signal is recorded by ESP8266 12E. Then sent to local network and off sight server. I've put a link to the full weather station schematics below. Hope they are useful. Sight were my weather station reports to is http://shermluge.xyz/wx

This is still very much a work in progress but has been collecting data now since Dec 13 2017. Over 17,000 records. The website is still very rough, I've hard coded everything, even the graph is just using tables in HTML. I do want to add a look up history (other then just the past 24 hrs). But compared to the NOAA sight, which is near were I live, its been right on.
I'm designing a rain gauge currently. I plan on converting the whole station from spare parts to all 3d printed. Even though it doesn't show in the schematics, some of the sensors are doubled for redundancy and to check each other.

Updated 8/17/18:
Since the original I made back in April 2018, I've swapped out the spining cups with one made of ABS.. I was worried when I made it out of PLA. When we hit temps of 106+ the PLA one drooped, no surprise. The new ABS one works great and is holding up to the high temps. So I would now recommend ABS or PETG or other higher temp material.

Updated 8/20/18 on the 17th when replacing spinner, I noticed it wasn't spinning as smooth as it should. So instead of printing things all over again, I designed a spinner base sleeve that I printed out of ABS and it slid on perfectly, and it works fantastic.

MAJOR UPDATE 9/23/18:
I've swapped out the wind-speed electronics completely.. I loved having it read by infrared led/transistor to an op amp to the 8266.. When I first built this I also had thought about using A3144 Hall effect Sensor. But A) I didn't have one on hand and wanted it up and running now.. B) the A3144 has a min voltage of 4.9v according to the data sheet.
Well after having problems with the infrared led's (even though I had a shut off circuit), and even though it worked without error for 6+ months, I decided to re-look at the A3144 when I read about someone else experimenting with it at 3v. They had great success, so I ordered some and tried it out and it worked great. I did also order some 49E's which can handle low voltage (but were linear, I should have read the datasheet). So attached is now another spindle with holds 1cm neodymium magnets. I've now been running this for a few weeks with great success.. So if you don't want to go the infrared route, you now have another option.

I'm an engineer, I love to design in blender 2.80 I try to contribute mostly useful or loved items. If you like my work or just want to say thanks, you can give me a tip: Donate
It would be much appreciated and it will help me to continue to share my designs with the Cults Community. 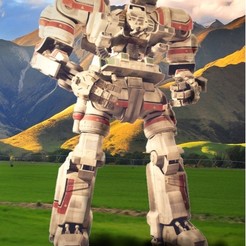 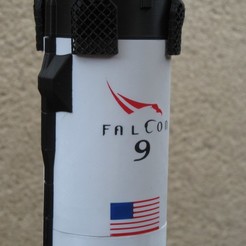