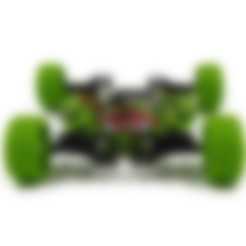 I played with Flexbot a lot. It’s a 3D printed copter kit. I assemble the parts together and have a great time flying it with my cellphone everyday. Then I began to think what can do with Flexbot. Can I play it the other way around? I have a 3D printer and I have Flexbot. Then I came across the idea that I can turn Flexbot into something else, which can be fun as well as cool.

The electronic part of Flexbot is based on Arduino and it’s open source. Many potential uses can be applied to the PCBA board. Flexbot is an application for flying in the air. How about build something that can run on the ground? So the idea of making a four-wheel racing car out of Flexbot Quadcopter came across my mind.

The quadcopter can fly to different directions (left, right, forward, back) by the difference of the spinning speed (lifting force) of four propellers. In this way, the car I wanna build can turn left or right by the speed difference of each two wheels on the two sides.

But many specific details should be considered. The gear set was needed to slow down the spinning speed of motors to increase the torque. And the anode and cathode wires of the motor needed to be exchanged to change the rotating direction of the wheels.

Here is what I do exactly:

Then I got my FlexCar, all designed and DIY by myself. It works well, but there are also certain problems I need to improve. Of course, if you have a better idea or solutions to these problems, please share them with me, with us.

Anyway, this is a test version, FlexCar Beta version maybe : ) 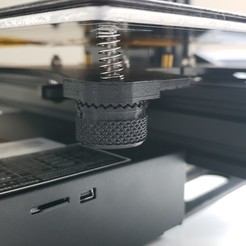 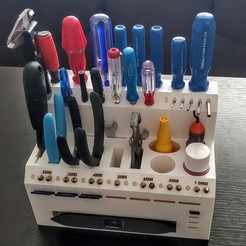