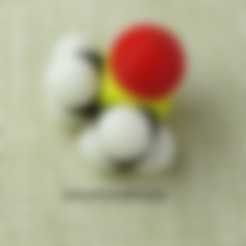 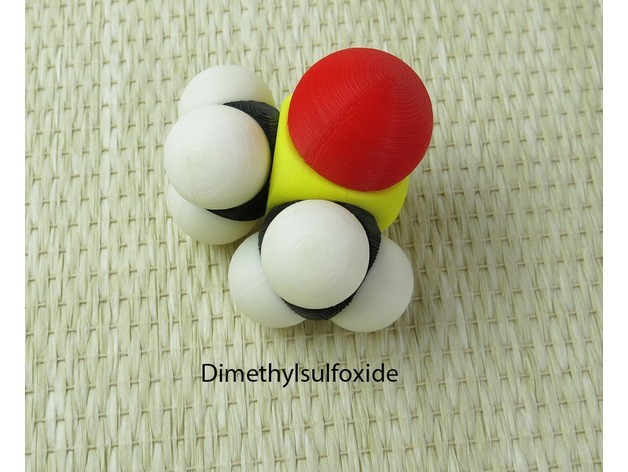 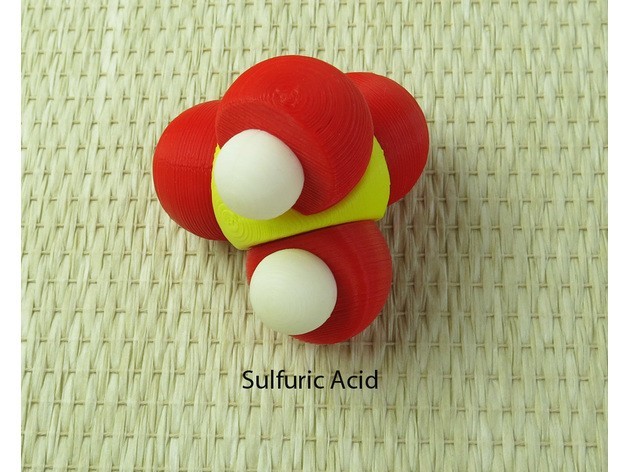 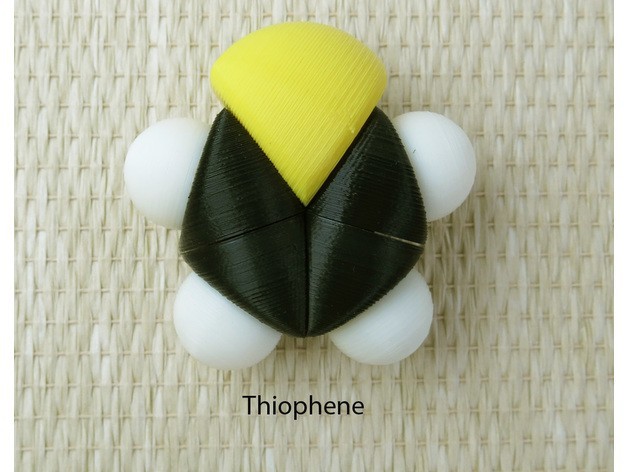 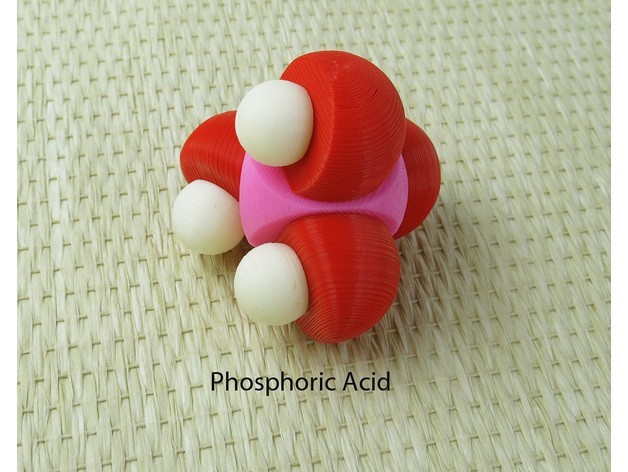 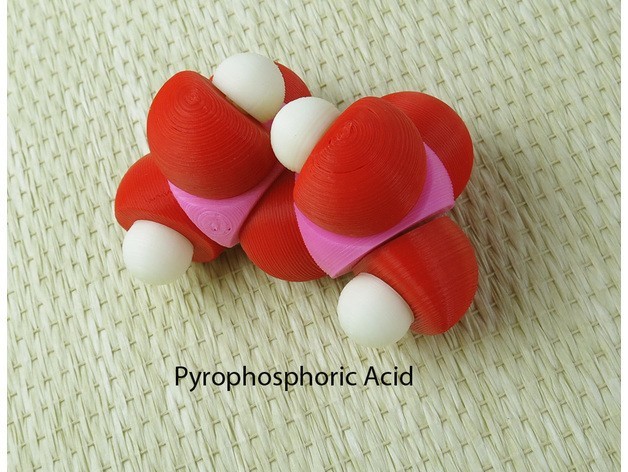 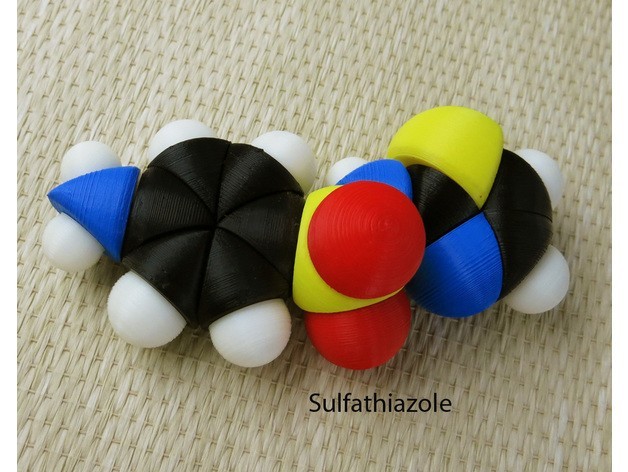 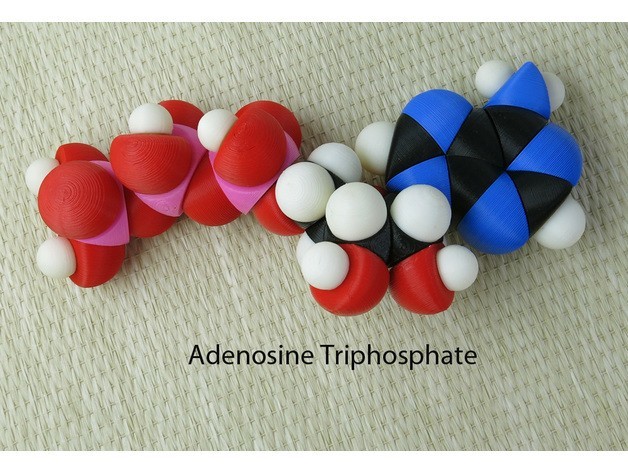 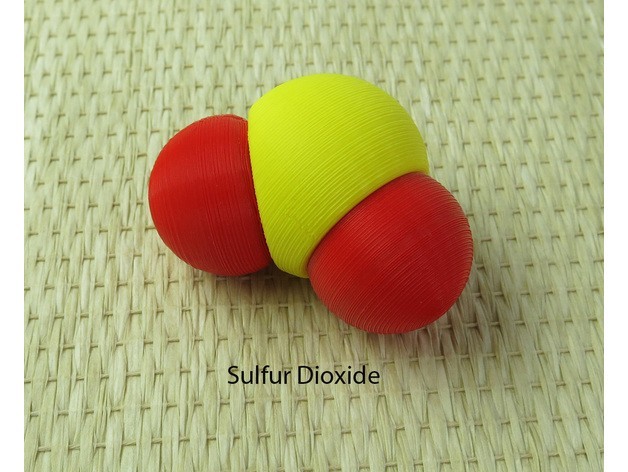 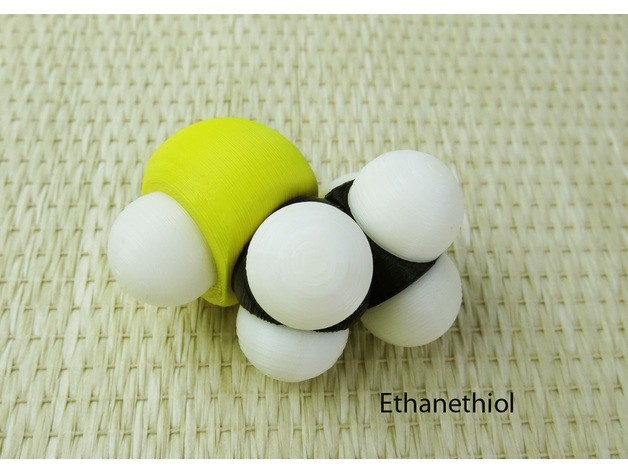 Sulfur sits just below oxygen in the periodic table, and like oxygen will generally singly bond with two other atoms at an angle. That angle is generally about 96 degrees, but it can be many others. This is the sulfur you will need for most biological compounds (Sulfur96); The example I've shown is ethanethiol, which is the chemical they put in natural gas so you can tell if it's leaking. Sulfur can also have up to two oxygens double bonded to it. The most common example of this is sulfate (Sulfur2), which I've shown as sulfuric acid. Sulfur can also have just two double bonded oxygens, that forms sulfur dioxide (Sulfur120). In this molecule the oxygens form a 120 degree angle; many other sites will gleefully explain why this happens so I will not bother. You can also have just one extra oxygen bonded. The only example of this I can think of is dimethylsulfoxide, or DMSO. "OK, what is DMSO," I hear you ask. DMSO is an extremely useful solvent which can be used to dissolve most medications, in fact it works so well that many researchers use it when another solvent (like water) might be better (if I sound like a pharmacologist with some issues with DMSO you would be correct). DMSO readily penetrates that skin including anything dissolved in it (such as a drug). While this sounds like a useful way to avoid injections, DMSO tends to give you profoundly bad breath so it's not used much. By the way, since this is the only molecule of it's type I can think of, I set the sulfur up so it would make DMSO exactly (SulfurDMa, the oxygen goes in the socket isolated from the other two). So if you really want to make DMSO, you know how to do it.

Sulfur also forms some aromatic compounds, generally having five membered rings (the example I show is thiophene). I'm afraid I cheated a little here; sulfur is actually so large that it distorts that other atoms of the ring (not uniformly either); because I didn't want want to remake all the other atoms, I just distorted the sulfur (SulfurPh5b). This gives you an idea of how much space sulfur takes up, which is really the purpose of space-filling models anyway. If someone's thesis depends on this being right, we can talk. As another example of sulfur compounds I have included sulfathiazole, which has two sulfurs in different chemical environments. Sulfathiazole is an antibacterial agent which isn't used much any more, but which has a surprising number of references in popular literature (check Wikipedia). Sulfur is actually capable of many more valence states than I've shown here, so believe it or not you're getting off easy.

Phosphorous is almost exactly the same size as sulfur, the bond lengths are just a little shorter though. I probably could have just printed sulfur in a different color and called it phosphorous, but I stand by quality. Speaking of color, while the color of phosphorous is not as standardized as it is for other atoms, it is usually not shocking pink (this just happened to be the color I had available). Phosphorous is also capable of a large number of valence states, but for the most part for biological chemicals it's pretty much restricted to phosphate (as represented by phosphoric acid above). One remarkable thing about phosphates is that they can join together, as in pyrophosphate or adenosine triphosphate (ATP) which is the major energy carrying molecule of as far as we know every cell.

OK, a word about oxygen. While it makes up half of the earth's crust, I haven't deemed it appropriate to give it it's own expansion pack. This is mainly because most oxygens look pretty much the same; they can bond two other atoms at an angle. For most alcohols and ethers, that angle is about 107 degrees. For water it's 104 (I haven't included it because you can only use it to make water). For this expansion pack though, I needed some more oxygens. One of them (Oxygen3S) I just took the fillet off one edge so it looked better bonded with sulfur (it printed better too). I tried to use it to make pyrophosphate, though, and found out that the phosphates just wouldn't go together. So I looked it up and found that the dihedral angle for oxygen binding two phosphates is between 126 and 129 degrees (OxygenPP2). When I made that, they went together perfectly. I had a similar problem when I tried to attach the triphosphate group to the ribose of ATP. Again, when I looked it up. it turned out that that angle is 117 degrees (Oxygen117). The fun thing about 3D printing is that when you need a different oxygen, you can just make it (I've heard that some people have a different definition of "fun;" I really don't understand this). 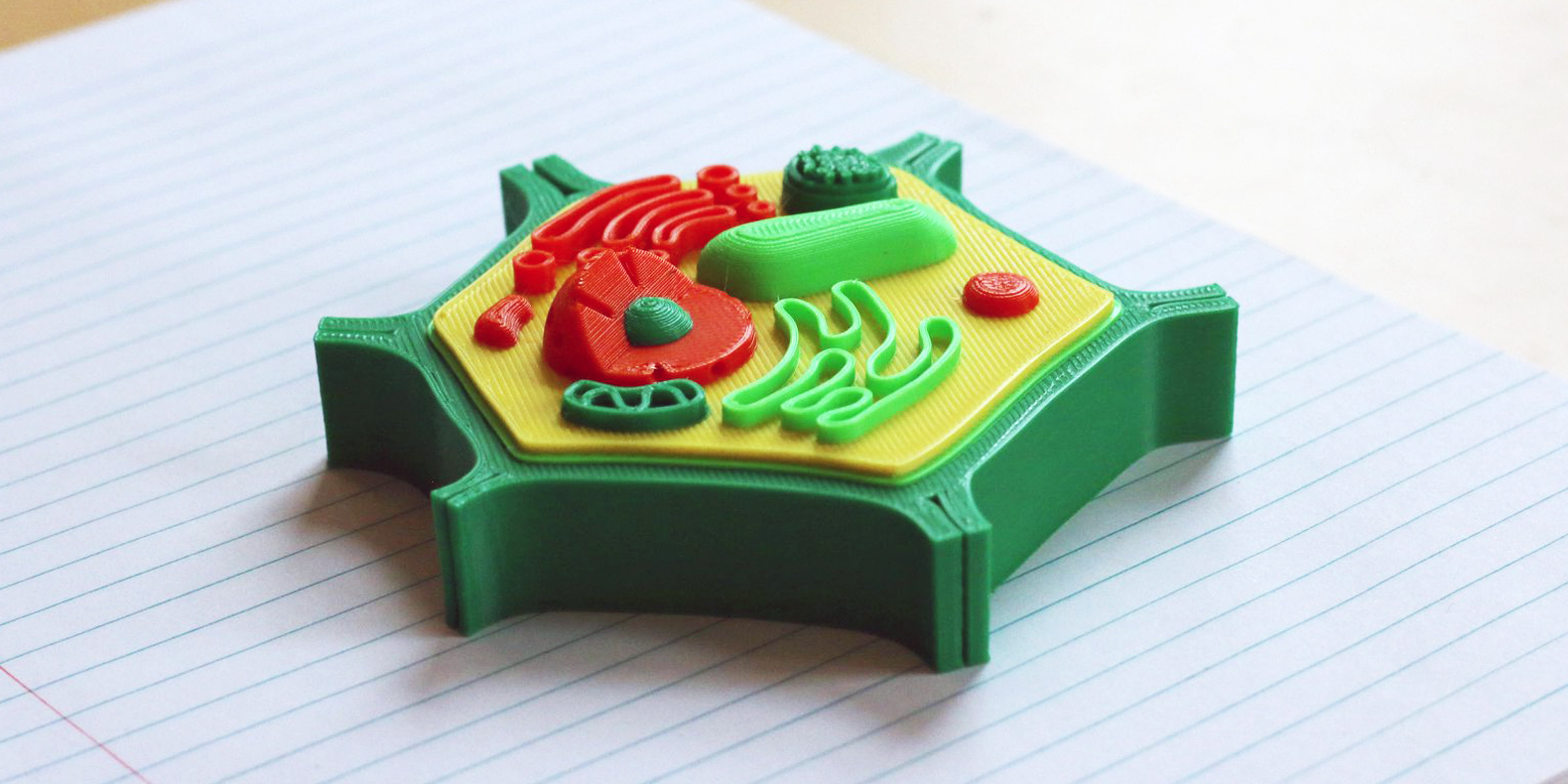 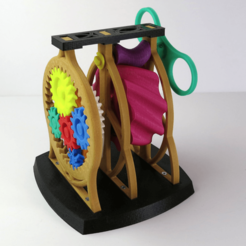 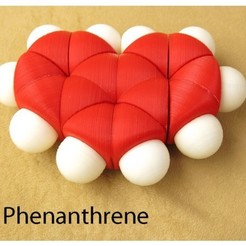 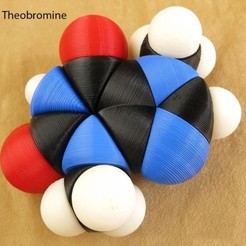 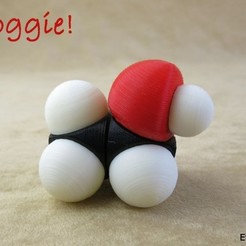 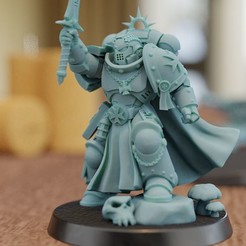 Champion of the Emperor