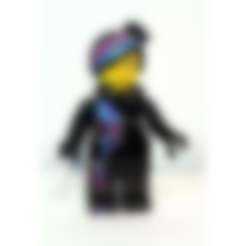 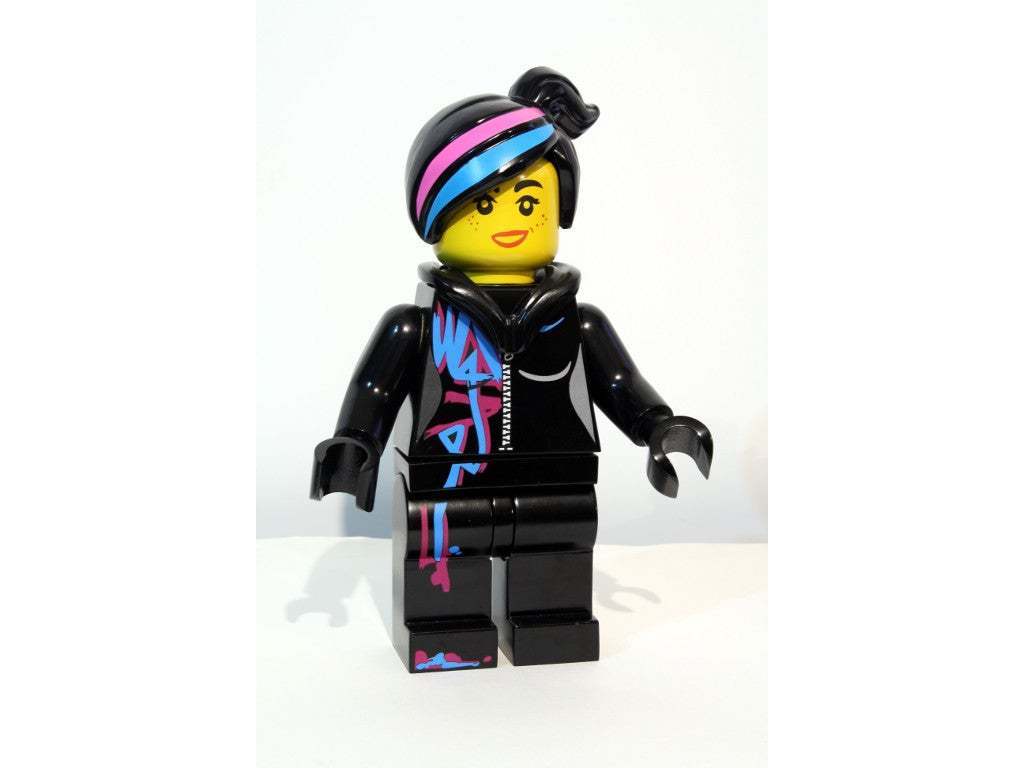 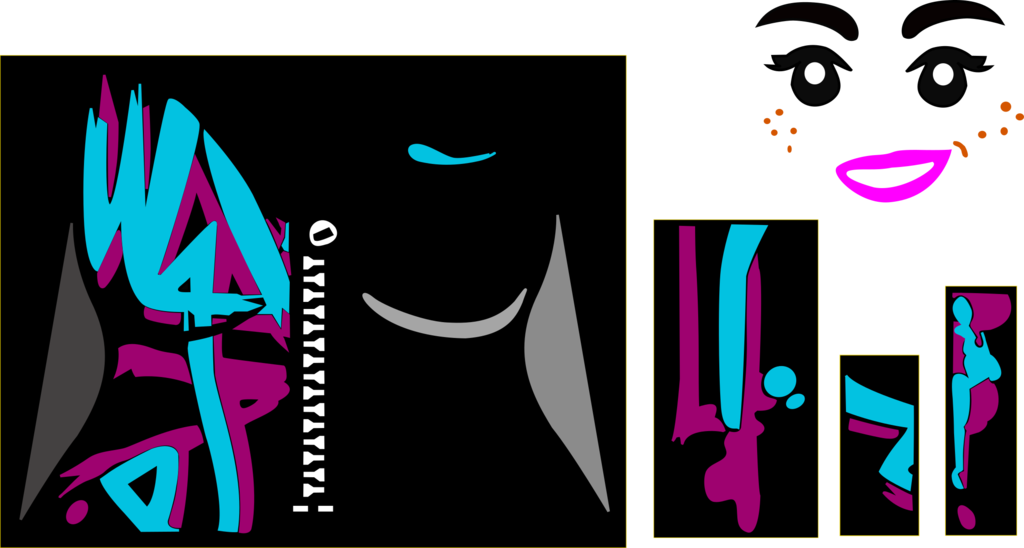 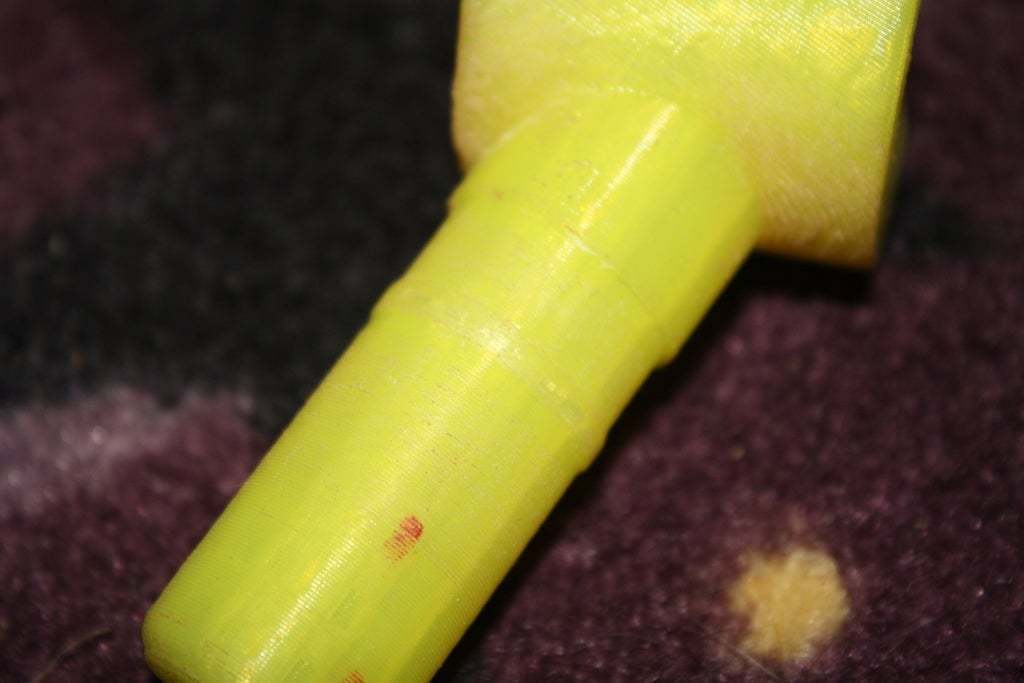 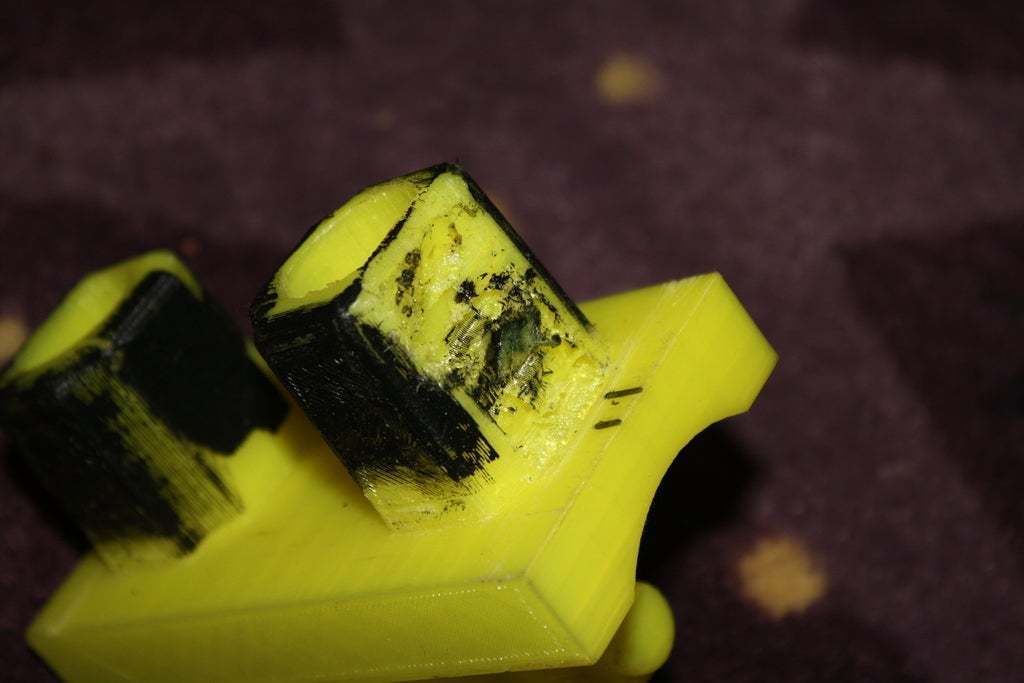 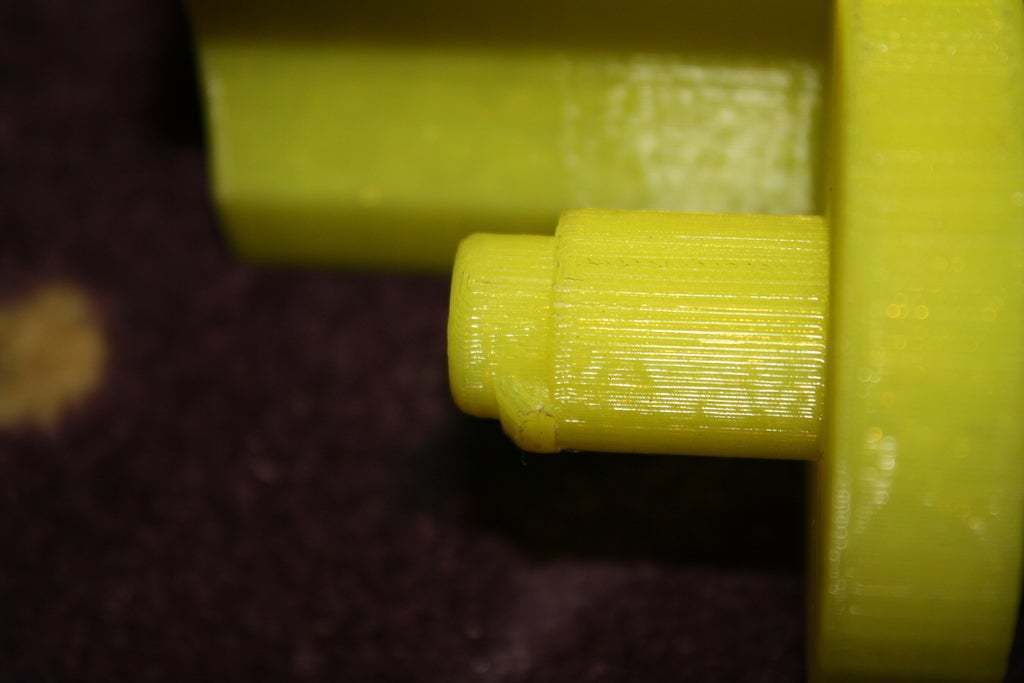 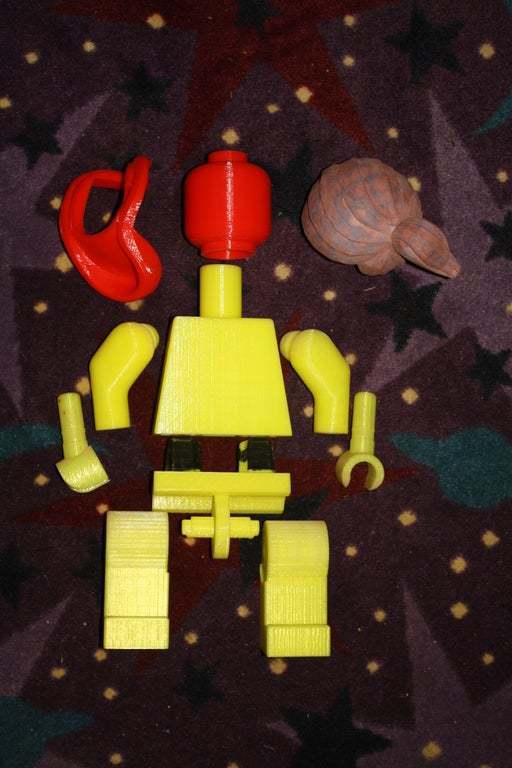 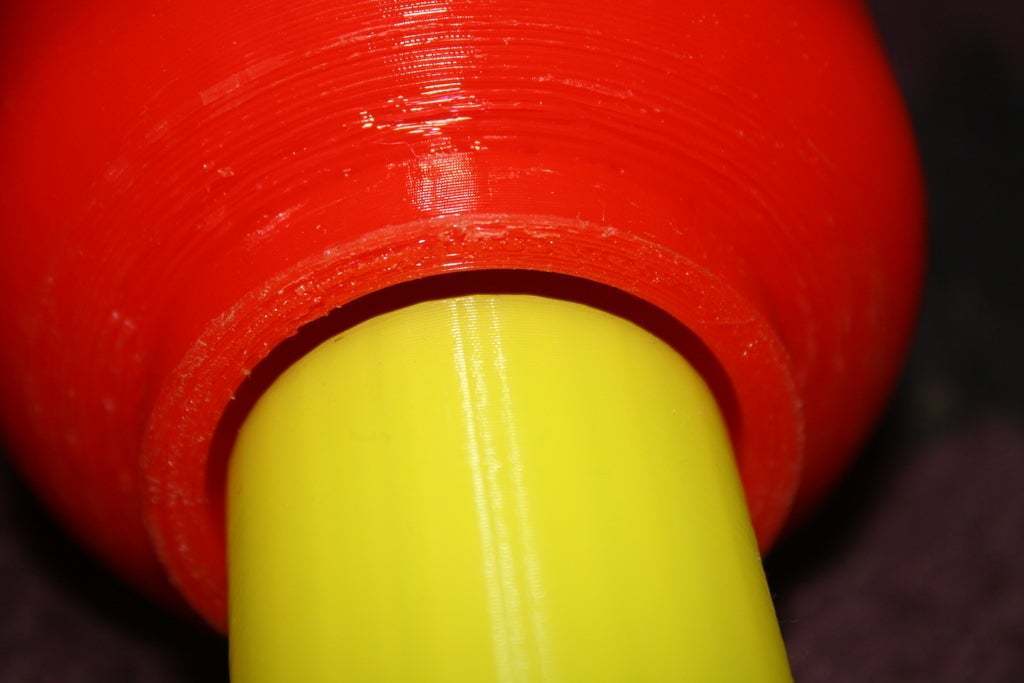 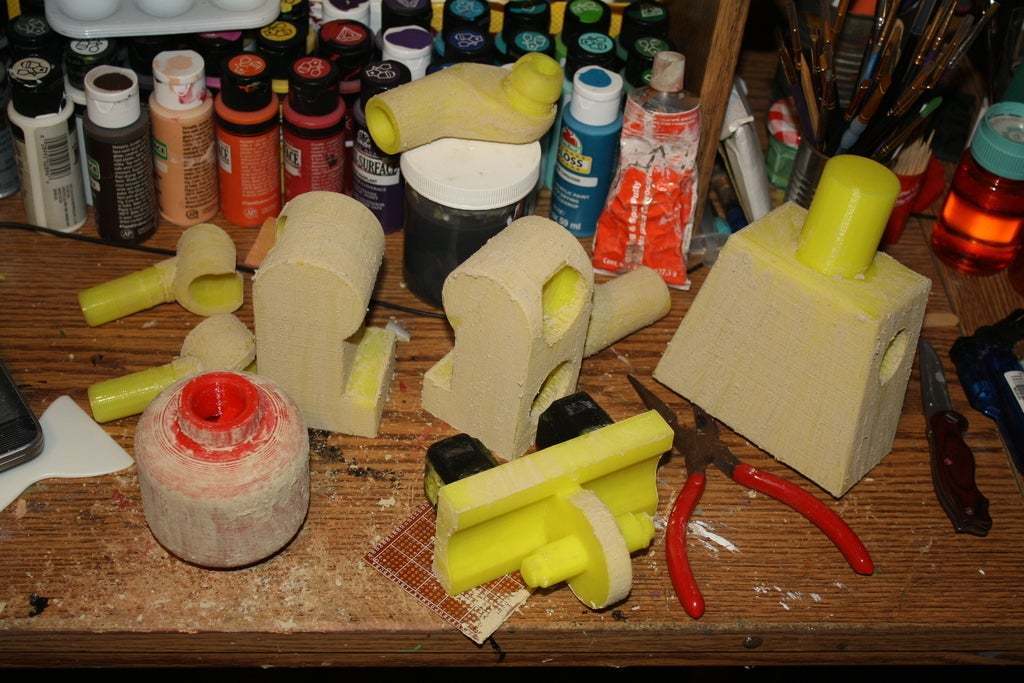 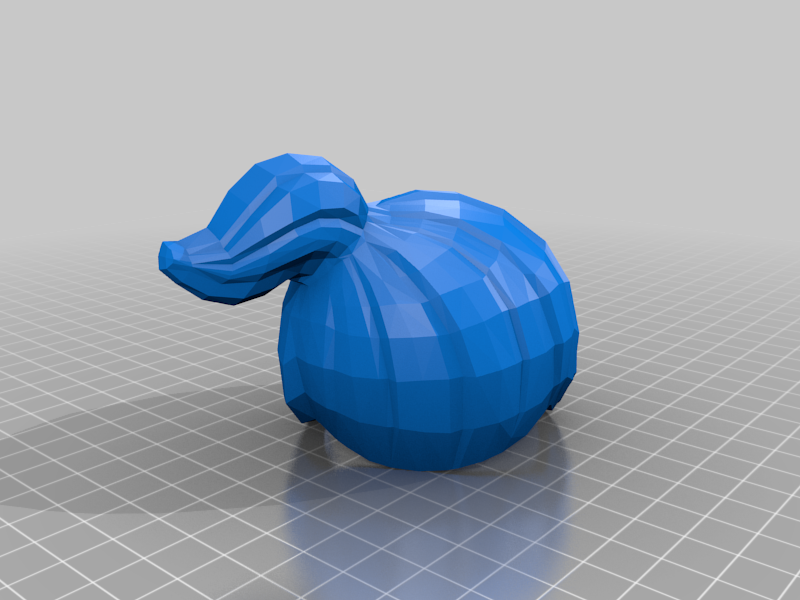 When I saw Lego Man Figure by @papajohnfuller, I knew I wanted an upsized version of Lucy Wyldestyle from the "Lego Movie" series. I found her hair style and her hood in the LDraw database. I exported those to STL, ensuring that they were the same size as the Lego Man Figure. Then, I super-sized everything up by 150%.

Everything was sanded; filled with wood filler; primed with Rustoleum Filler-Primer; the main colors were sprayed with Krylon rattlecans; with the hair stripes applied with an airbrush using Plaid FolkArt MultiSurface Acrylic Paints. Finally, the face and the body designs were applied using my own custom drawn decals. The body decals were printed using a color laser printer on this white decal paper - https://www.amazon.com/gp/product/B078WTL24B, while the face was printed using this clear decal paper - https://www.amazon.com/gp/product/B078WTL24B made by the same company.

I haven't touched an airbrush since I was ten - decades ago - so I was really impressed with that bit. She turned out quite well I think, if I do say so myself.

There were some issues, though, as you can see in the photos.

For one thing, I had to do some serious plastic surgery to slim down the hip pegs enough so that they would even attempt to slide up into the body. When sanding didn't remove enough material, I finally resorted to heating an Xacto blade in a mini blowtorch and melting the excess away!

Next, all of the posable joints had to be filed and sanded down to allow them not only to fit, but to actually move. This included all of the joints - the hands, the shoulders and the legs. They didn't need as much removed as the hips, but still...

The neck, though, for some odd reason, is too large. The head fits really loose. The gap is so large that even glue won't help. That's ok because I want everything to be as posable as a real Lego figure anyway, but ... it's something to consider.

The hair I converted fits nice and snug on the head, but the hood is about as loose as the head, so that about evens out :)

The decal sheet is included. I am including the original SVG that I drew so that you can see what goes where. I exported a more compact version as a 300 dpi PNG that you can print to save paper. I haven't tested that so I can't be 100% sure about the sizing of that file. Either one can be used, just be sure to print at 100% with no scaling. I found that the decals look better on the model if you cut close to each design and not rely on the black from the printer. It tends to be more gray than they black paint and really shows up. The white edges tended may tend to show a bit in places. What I did was, once the decals were applied and were fully dried, I carefully touched up the edges with a black Sharpie.

The STLs are included at the same 100% scale as the original Lego Man Figure and not the 150% upscale at which I printed them, so they will fit as is with @papajohnfuller's model.

I am a self-proclaimed know-it-all. I will tackle any project regardless of my experience, or lack thereof. Always ready to learn something new. With over 25+ years experience in electronic repair and 10+ years experience in small engine / ATV / motorcycle repair, there is nothing I can't fix, modify or build.

Why a pepper? In case anyone is curious as to why there is a hot pepper embossed into most of my designs... My nickname is Pepper and that little pepper logo is a hell of a lot shorter than "Copyright © 2017 by Derek J.G. Tombrello" which is how I usually sign my work :)

In addition to PayPal.me donate using bitcoin via my address: 1DdWx5E86iQsVam361q3T4qMGKXdGBRCxx --or-- dogecoin at: DEKT6CjdR3uAKQjmiGteTAg8gvKphY9tw5 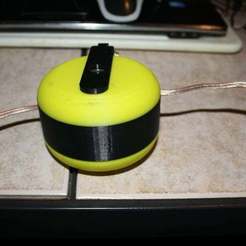 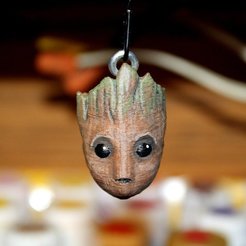 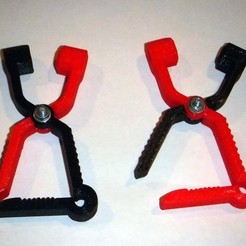 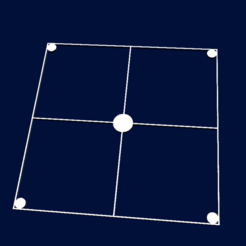 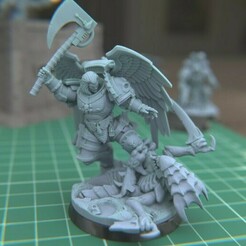 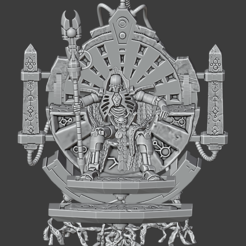