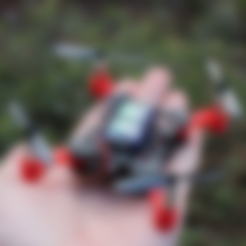 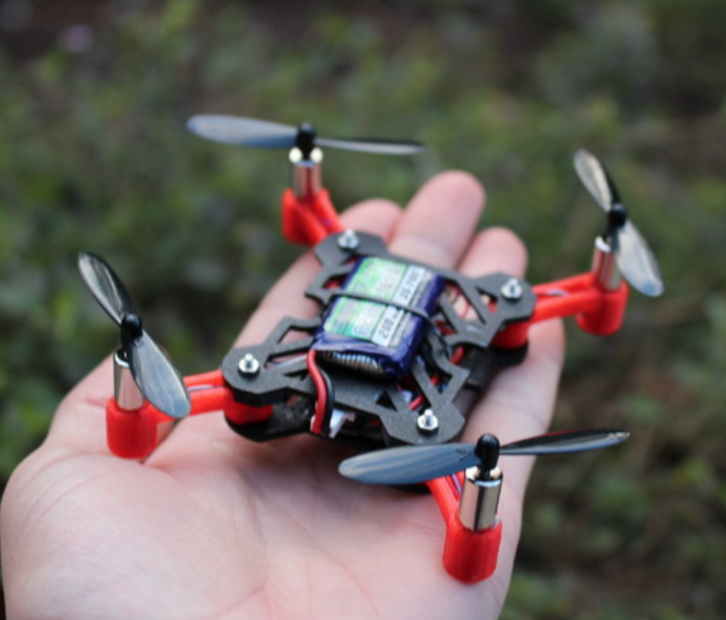 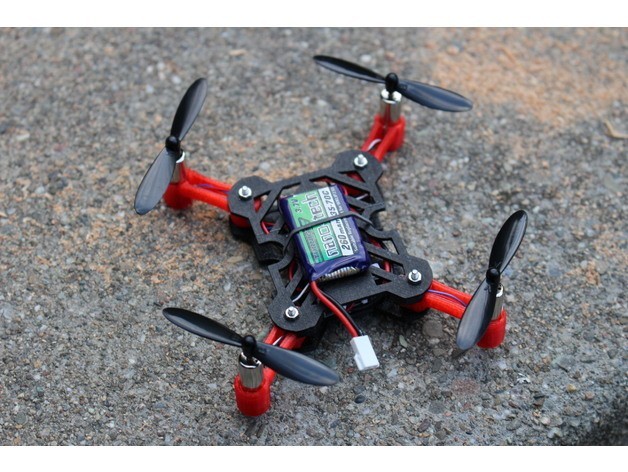 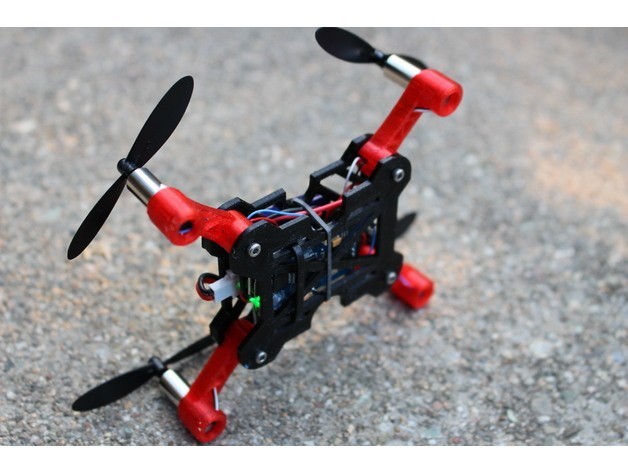 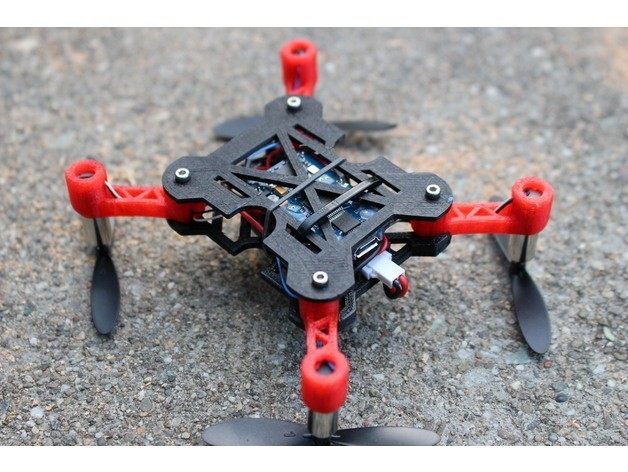 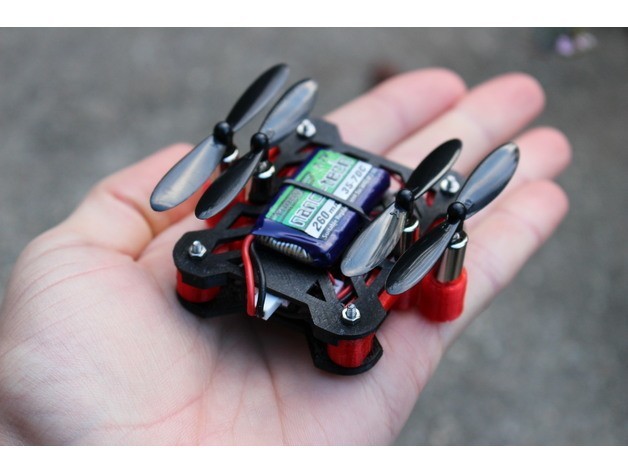 This frame was inspired by Ulfindestrom's Foldable Brushed Microquad. When designing this frame, my goal was to create an ultralight, compact, and super strong trainer quad. As hinted in the name, the Pico110 is 110mm from motor 2 to motor 3 unfolded. Folded, the Pico110 is only 66mm wide and 60mm long, allowing it to easily slip into your pocket. Unlike most foldable quads, the Pico110 is very light, weighing in at only 41 grams fully stuffed (7mm motors no FPV 260mah lipo).

I have created an experimental FPV version that uses the F3 Micro Scisky FC + Camera+ OSD + VTX combo board(s). It works pretty well, but I'm no longer a big fan of the Scisky boards due to their unreliability. If you are interested in building one, I have uploaded the files.

I also plan to develop a standard FPV version for a simple Camera + VTX. Stay tuned...

Use your default settings

For your convenience, we will soon create a youtube tutorial series for this...

How to Easily Remix or Modify This Design
The design for the Pico110 is public on Onshape. All you have to do is make a copy of the document and you're ready to go!

We're a team of young makers who like cool (and sometimes dangerous) weekend projects. Make sure to check out our youtube channel! 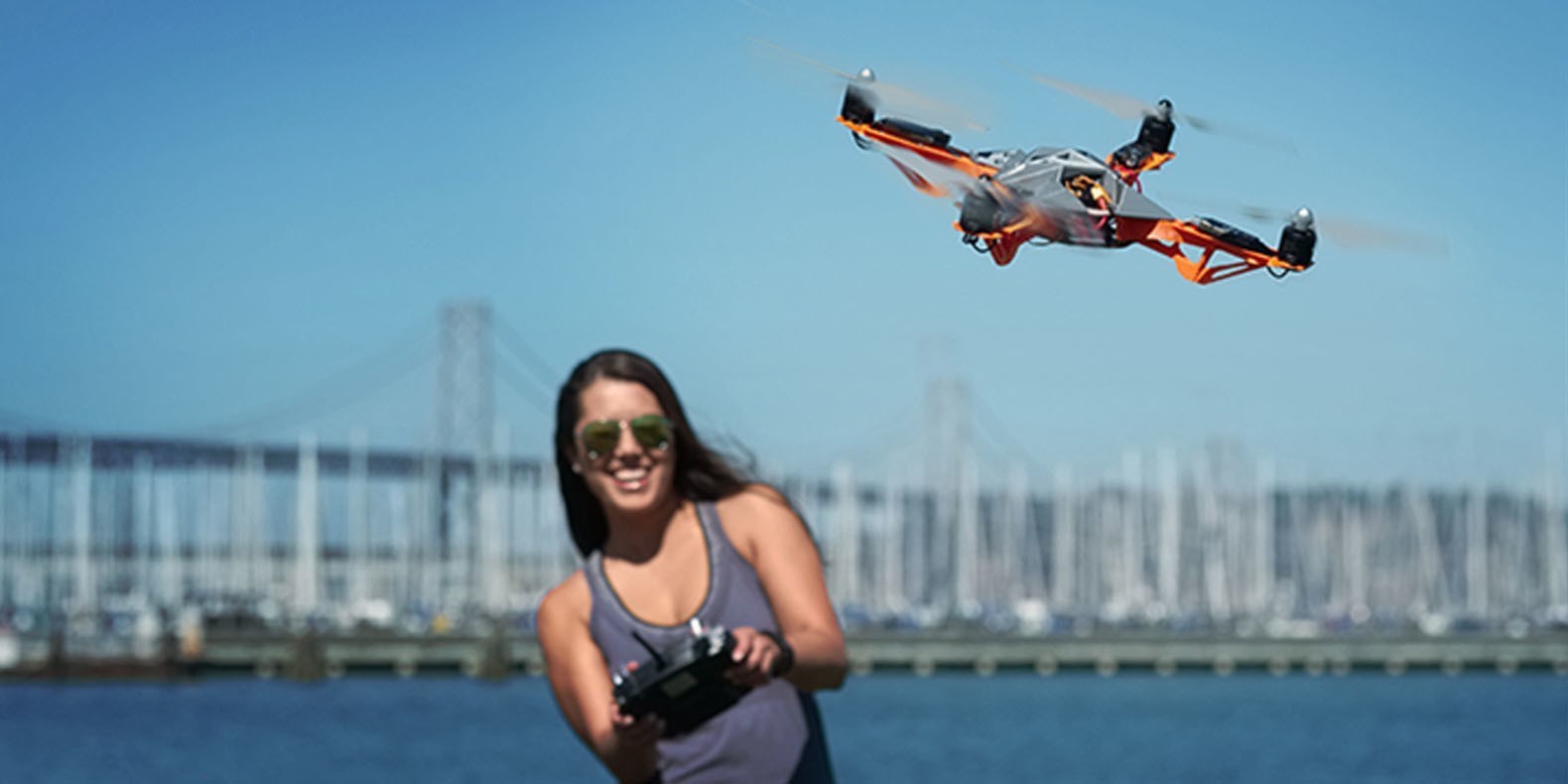 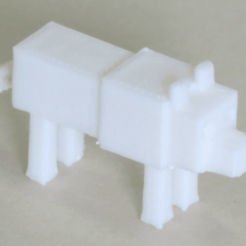 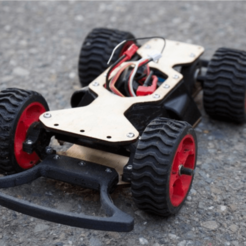 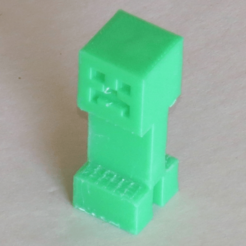 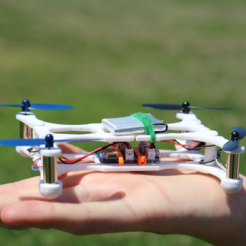