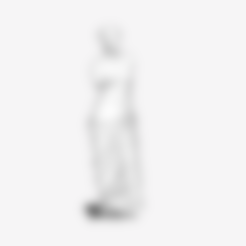 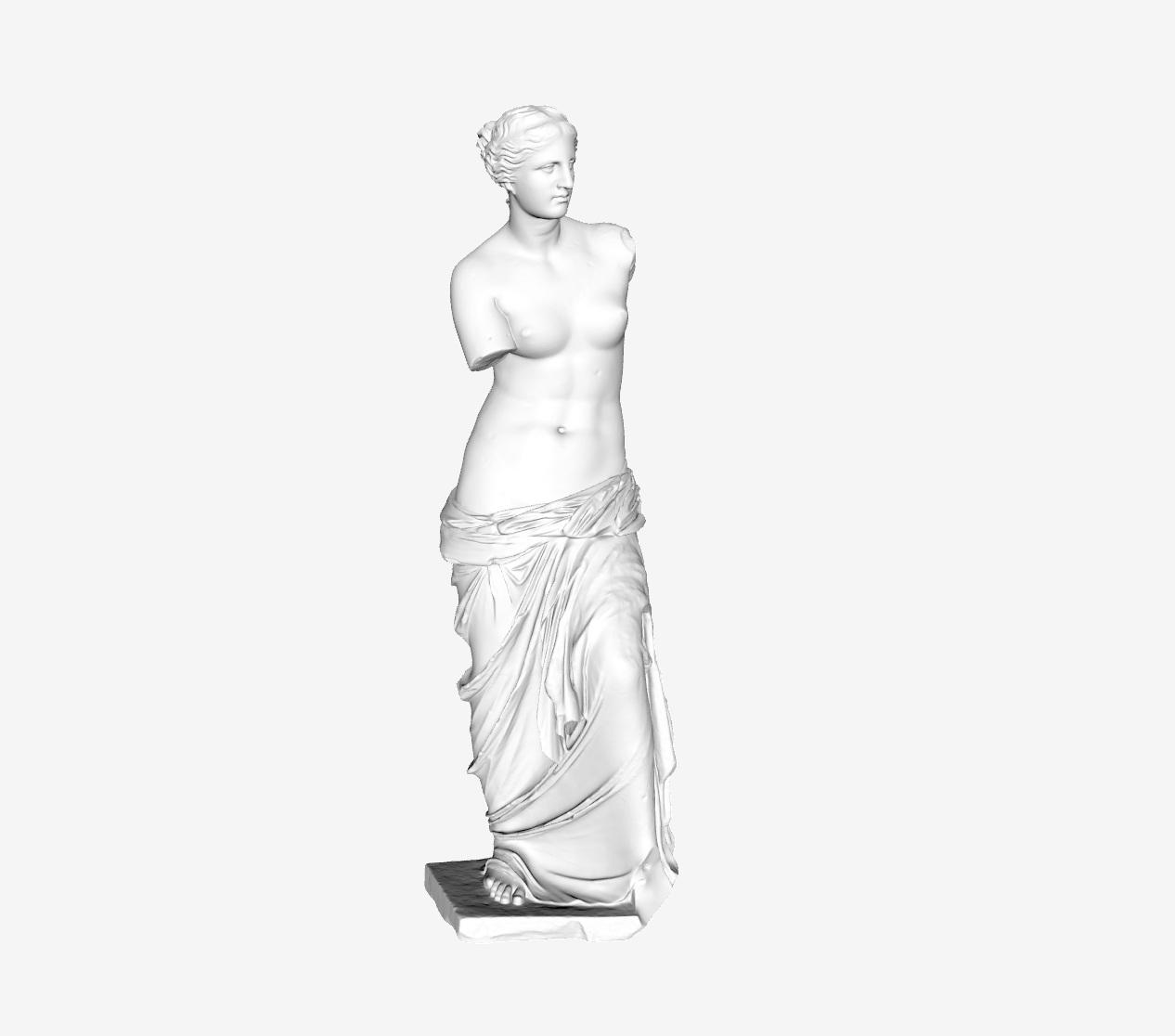 This graceful statue of a goddess has intrigued and fascinated since its discovery on the island of Melos in 1820. Is it Aphrodite, who was often portrayed half-naked, or the sea goddess Amphitrite, who was venerated on Milo? The statue reflects sculptural research during the late Hellenistic Period: classical in essence, with innovatory features such as the spiral composition, the positioning in space, and the fall of the drapery over the hips.

The Venus de Milo was discovered in 1820 on the island of Melos (Milo in modern Greek) in the south-western Cyclades. The Marquis de Rivière presented it to Louis XVIII, who donated it to the Louvre the following year. The statue won instant and lasting fame. Essentially two blocks of marble, it is comprised of several parts which were sculpted separately (bust, legs, left arm and foot) then fixed with vertical pegs, a technique which was fairly common in the Greek world (especially in the Cyclades, where this work was produced around 100 BC). The goddess originally wore metal jewelry — bracelet, earrings, and headband — of which only the fixation holes remain. The marble may have been embellished with (now faded) polychromy. The arms were never found.

The goddess is shrouded in mystery, her attitude a persistent enigma. The missing pieces of marble and absence of attributes made the restoration and identification of the statue difficult. A whole range of positions have been suggested: leaning against a pillar, resting her elbow on Ares' shoulder, or holding a variety of attributes. According to whether she held a bow or an amphora, she was Artemis or a Danaid. She is popularly thought to represent Aphrodite, because of her half-nakedness and her sensual, feminine curves. She may have held an apple — an allusion to the Judgement of Paris — a crown, a shield, or a mirror in which she admired her reflection. However she might also be the sea goddess Amphitrite, who was venerated on the island of Milo.

The statue has sometimes been thought to be a replica, freely inspired by an original from the late 4th century BC, because of its resemblance to the Aphrodite of Capua (Museo Archeologico Nazionale, Naples) — a similar style Roman work, copy of a Greek original. The Venus de Milo certainly revives the classical tradition, but would appear to be a classicizing re-creation dating from the late 2nd century BC. The goddess's air of aloofness, the harmony of her face and her impassivity are stamped with the aesthetics of the 5th century BC; the hairstyle and delicate modeling of the flesh evoke the works of 4th-century sculptor Praxiteles. However, the sculpture reflects innovations that appeared during the Hellenistic period, between the 3rd and 1st centuries BC. The spiral composition, the positioning of the figure in three-dimensional space, and the small-breasted, elongated body are characteristic of this period. The goddess is arrested in time, holding her legs together as the drapery slides over her hips. Her nudity contrasts with the effects of light and shade of the finely-detailed drapery. 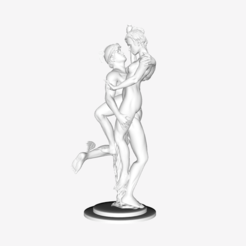