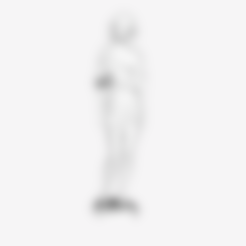 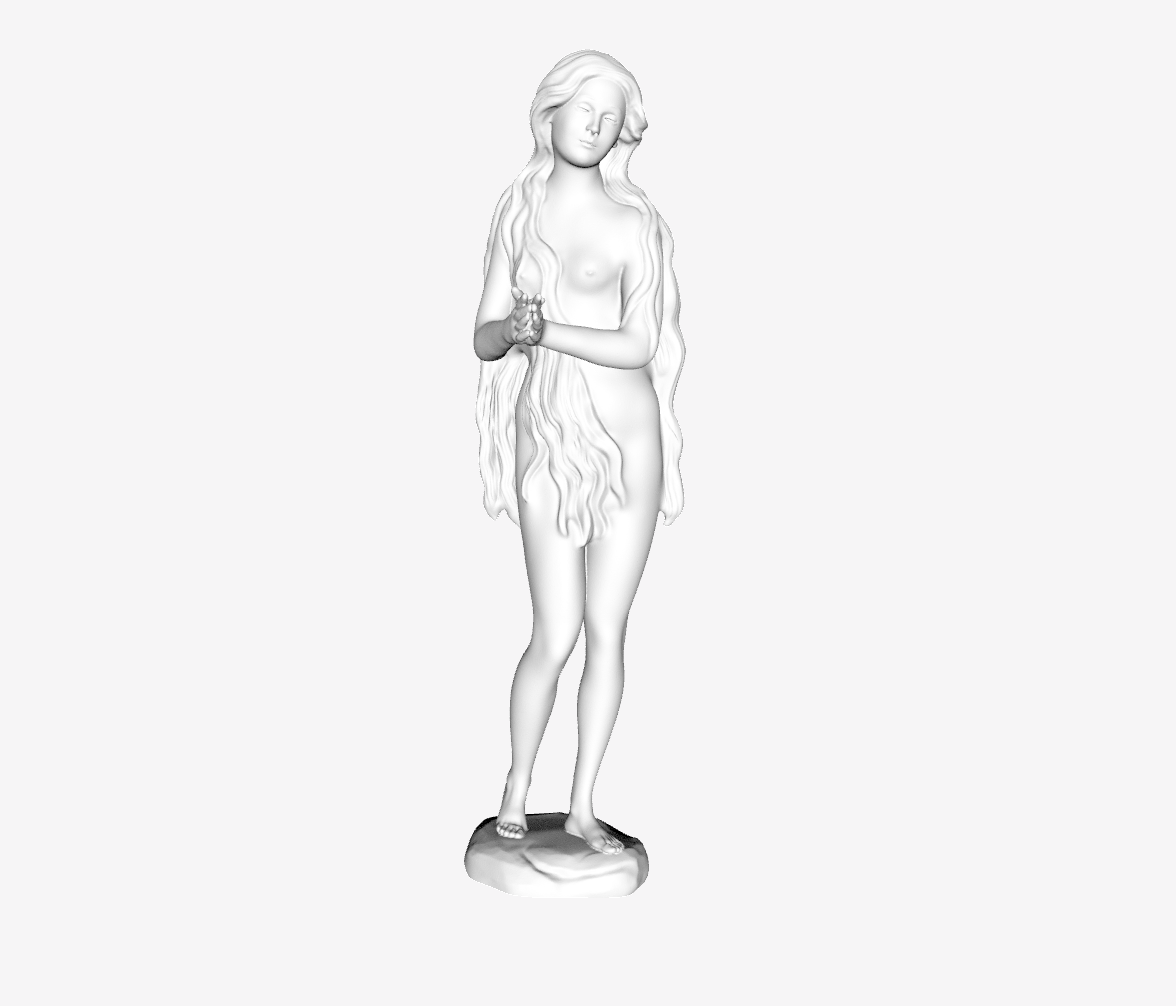 This unusual nude figure represents saint Mary Magdalene as a mystic ascetic. According to legend, the repentant sinner lived a secluded life in the cave of Sainte-Baume, clothed only by her hair. Every day she was raised up in the sky by angels to hear the heavenly chorus. The statue appeared on the German art market in the 19th century and was purchased by the Louvre in 1902.

The saint was originally held up by carved angels. Encased in an oval metal structure, the wooden statue was suspended from the vault of a church, perhaps the church of saint Mary Magdalene in the Dominican convent of Augsburg, which was rebuilt in 1513-15. It must have been seen in the round, since the back is as carefully carved and colored as the front. The statue was later taken down and the angels were removed.

This Mary Magdalene is attributed to Gregor Erhart through comparison with the Virgin of Mercy of Kaisheim carved by the sculptor in 1502-03 (Staatliche Museen, Berlin, destroyed in 1945). Trained in Ulm, in Swabia, by his father Michael Erhart (mentioned in Ulm from 1469 to 1522), Gregor moved to Augsburg in 1494 where he became an important master sculptor. The generous, refined style of Saint Mary Magdalene, her peaceful grace and gentle face are indeed part of the Swabian late-Gothic tradition. But the thrusting hip, which suggests a classical contrapposto, the harmonious proportions, and the fullness of the naked female body reveal knowledge of Dürer's work and a search for formal beauty that is specific to the Renaissance. Gregor Erhart's genius was to interpret the traditional image of the saint being carried to heaven by angels in an unprecedented manner in sculpture. Far from the Gothic convention of a thin, unreal figure, he reveals feminine curves, scarcely hidden by the rippling mane of golden hair which flows over her shoulders and spreads across her back. The modeling of the body - the slight hollows of tensed muscles and faint grooves on the fleshy parts - shows great sensitivity. The beauty of the face, with its firm regular features chiseled from the lime wood with great subtlety, is accentuated by the original polychromy, which is pale and very refined in the Gothic tradition.

The carnal presence of this life-sized statue must have been very imposing in the church. But the sensual, almost profane image that it offers today, bereft of its carved angels, should be tempered. The languid pose and the meditative expression are intended to convey the penitent's mystic ecstasy, while her marvelous beauty and glossy golden locks are meant to evoke her holy radiance. The conception of this female nude is thus in phase with the spiritual content of the religious image, idealized in the medieval tradition. Gregor Erhart here produced his masterpiece, a brilliant creation of Nordic humanism in the late Middle Ages, on the threshold of the Renaissance.