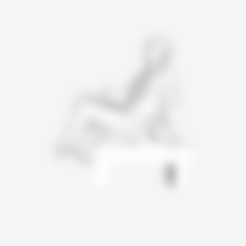 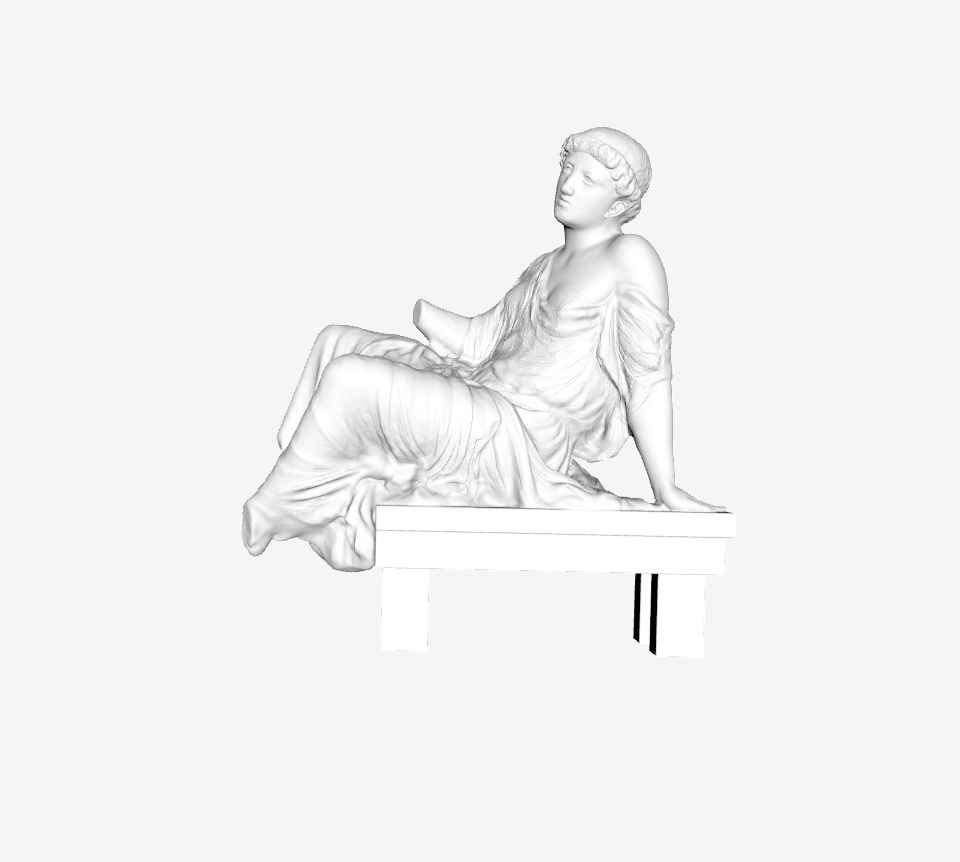 This young woman was initially interpreted as a suppliant refuge on an altar - Dido, Danae or Alceste. The statue type, which is known by two other ancient replicas, reproduced an original work, including two marble fragments were identified Acropolis Museum in Athens. This original of the late fifth century may be one of Zeus's lovers, Io and Callisto, framing the altar of Zeus Polieus east of the Parthenon, group mentioned by Pausanias and assigned to Deinoménès Argos.

Io was a priestess of the Goddess Hera in Argos, whose cult her father Inachus was supposed to have introduced to Argos. Zeus noticed Io, a mortal woman, and lusted after her. In the version of the myth told in Prometheus Bound she initially rejected Zeus' advances, until her father threw her out of his house on the advice of oracles. According to some stories, Zeus then turned Io into a heifer in order to hide her from his wife; others maintain that Hera herself transformed Io. In the version of the story in which Zeus transformed Io, the deception failed, and Hera begged Zeus to give her the heifer as a present, which, having no reason to refuse, he did. Hera then sent Argus Panoptes, who had 100 eyes, to watch Io and prevent Zeus from visiting her, and so Zeus sent Hermes to distract and eventually slay Argus. According to Ovid, he did so by first lulling him to sleep by playing the panpipes and telling stories. Zeus freed Io, still in the form of a heifer. In order to exact her revenge, Hera sent a gadfly to sting Io continuously, driving her to wander the world without rest. Io eventually crossed the path between the Propontis and the Black Sea, which thus acquired the name Bosporus (meaning ox passage), where she met Prometheus, who had been chained on Mt. Caucasus by Zeus. Prometheus comforted Io with the information that she would be restored to human form and become the ancestress of the greatest of all heroes, Heracles (Hercules). Io escaped across the Ionian Sea to Egypt, where she was restored to human form by Zeus. There, she gave birth to Zeus's son Epaphus, and a daughter as well, Keroessa. The ancients connected Io with the Moon, and in Aeschylus' Prometheus Bound, where Io encounters Prometheus, she refers to herself as "the horned virgin", both bovine and lunar.

According to Ovid, it was Jupiter (Zeus) who took the form of Diana (Artemis) so that he might evade his wife Juno’s detection, forcing himself upon Callisto while she was separated from Diana and the other nymphs. Callisto's subsequent pregnancy was discovered several months later while she was bathing with Diana and her fellow nymphs. Diana became enraged when she saw that Callisto was pregnant and expelled her from the group. Callisto later gave birth to Arcas. Juno then took the opportunity to avenge her wounded pride and transformed the nymph into a bear. Sixteen years later Callisto, still a bear, encountered her son Arcas hunting in the forest. Just as Arcas was about to kill his own mother with his javelin, Jupiter averted the tragedy by placing mother and son amongst the stars as Ursa Major and Minor, respectively. Juno, enraged that her attempt at revenge had been frustrated, appealed to Oceanus that the two might never meet his waters, thus providing a poetic explanation for their circumpolarpositions.