Louis XIV of France at the Louvre, Paris 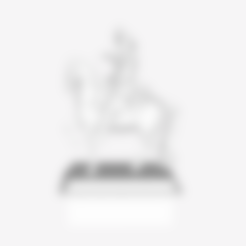 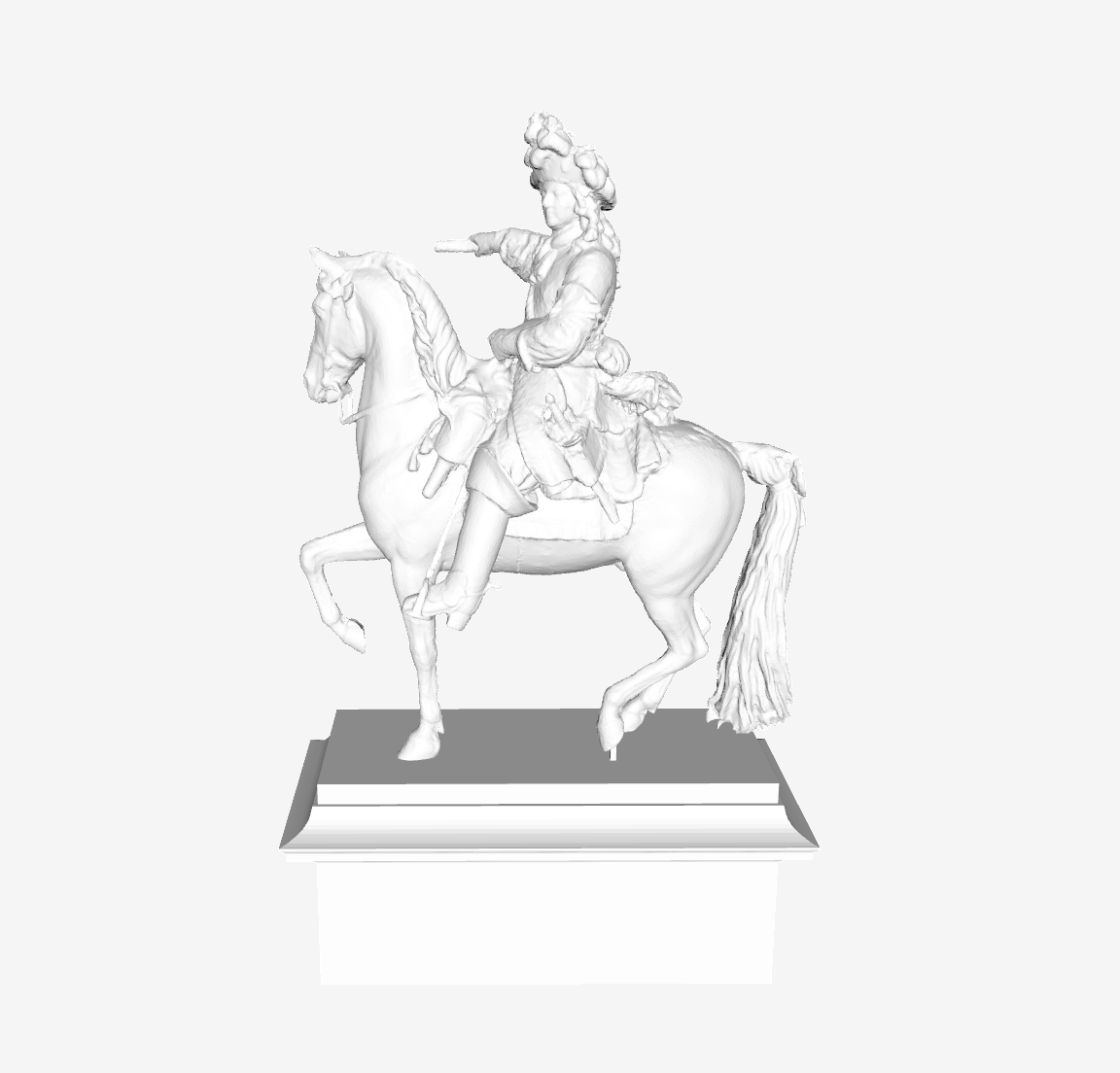 In 1685, Louis XIV's war minister, the marquis de Louvois, adopted a group of speculators' idea of creating a new square in Paris. The square was created by Jules Hardouin-Mansart, and in its center stood a bronze equestrian statue of Louis XIV by Girardon standing seven meters high (around seventeen meters with the pedestal). This square was later to become the Place Vendôme. In 1792, Girardon's sculpture was destroyed. The piece in the Louvre is the only signed reduced version of the work.

The context of the commission
This bronze work is a reduced version of the equestrian statue of Louis XIV that stood in the Place Louis-le-Grand (today's Place Vendôme).
To please Louis XIV, the Duc de La Feuillade had proposed the erection of a monumental full-scale statue of the king, commissioned from the sculptor Martin Desjardins. To provide a setting for the work, he redeveloped the Place des Victoires, which celebrated the king's victories in the Dutch war ending in the peace treaty of Nijmegen (1679).
This initiative was followed up in 1685 by the Marquis de Louvois, the war minister under Louis XIV, who persuaded the king to create a "Place des Conquêtes" on the site of the Hôtel de Vendôme. Jules Hardouin-Mansart, the architect behind the Place des Victoires and who had just designed the Château and Orangerie at Versailles, was responsible for the design of this square. To surpass the rival square in magnificence, an equestrian statue was to be erected, commissioned from an even more prestigious sculptor than Desjardins: François Girardon.

The model
Girardon worked on the model from 1685 to 1687. He depicted Louis XIV as a Roman emperor wearing a voluminous contemporary curly wig. The king sits astride his mount with neither saddle nor stirrups, the horse being shown in the passant (walking) position with right foreleg raised. Girardon drew his inspiration from the ancient statue of Marcus Aurelius at the Capitol in Rome - a major reference in the field - but made his version much larger (seven meters high, as opposed to four). The king wears the cloak of a Roman commander, but no royal emblem. Only the saddlecloth is edged with fleurs-de-lis. Louis personifies sovereign authority: with a straight back, gaze directed far ahead and disdainful expression, the king points with his index figure in an imperial gesture. The horse tramples the sword and shield of a defeated enemy. Sober, calm and monumental, this effigy of the king is imposing in its classical majesty worthy of Antiquity.

The casting of the statue and its history
Transposing the statue into bronze was almost impossible to achieve. France did not possess the mastery of large bronze equestrian statues found in Italy since the Renaissance. The statue of Henri IV of France on the Pont-Neuf, the first equestrian statue erected in Paris, was made in Florence. The representation of Louis XIII on the Place Royale was an assemblage of a horse cast for Henri II and an effigy of the king that was too large for the mount.
The lost-wax cast was not made until December 1692 by Balthazar Keller, a Swiss caster living in France. The single cast of a statue of this size was a technical feat, requiring the metal to be fed into every recess of the gigantic, complex mold. The cast, which swallowed up eighty thousand pounds of bronze, was a total success and unanimously admired.
The statue was not set on its pedestal until 1699, on the square that was eventually named Louis-le-Grand. Considered a symbol of absolutism, it was pulled down in August 1792 during the Revolution. Several reduced versions of the work were made, some of them on the initiative of Girardon. The Louvre statue, perfectly chiseled and standing over a meter high, is the only signed copy.