Kouros from Actium at The Louvre, Paris 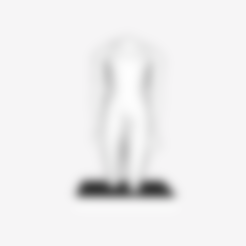 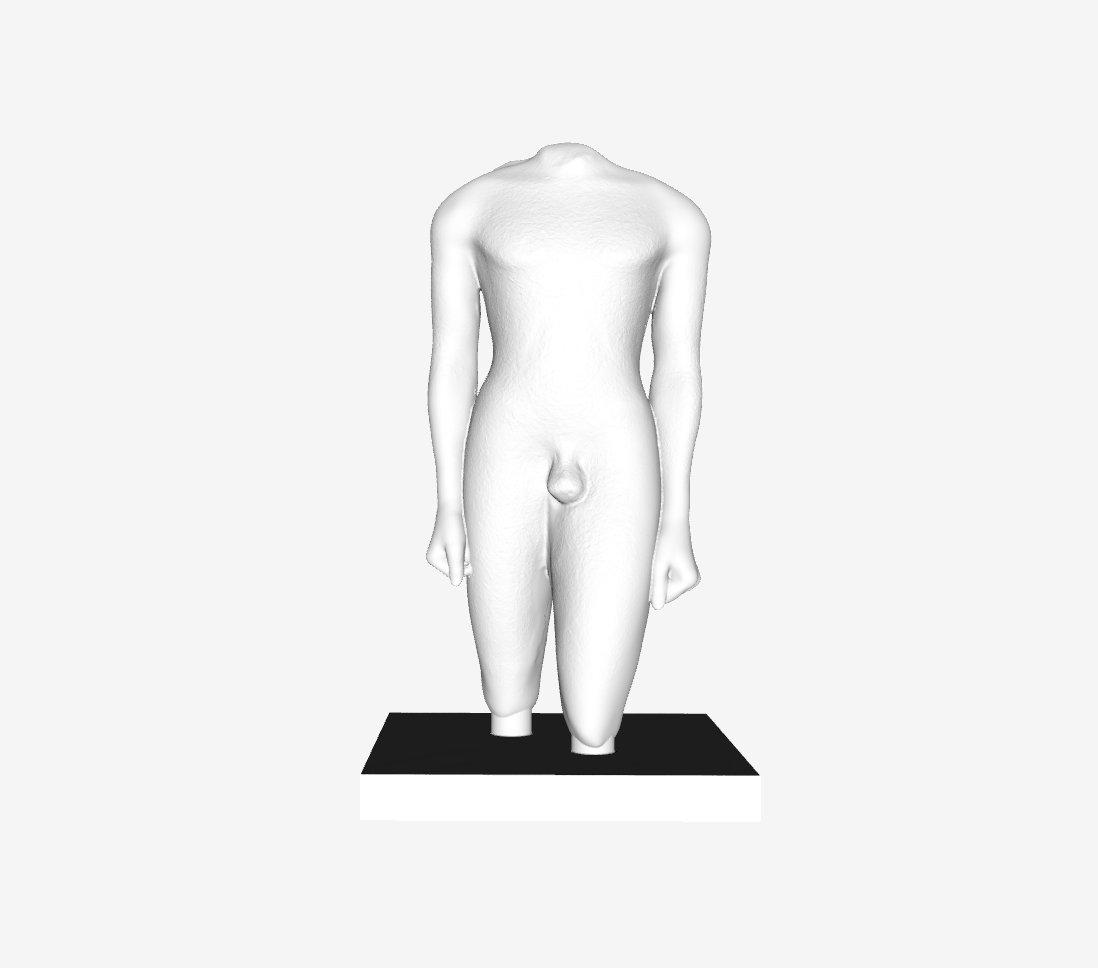 Attribution of this kouros to a precise atelier, workshop or artist is not defined. Certain specialists have hypothesized extensiveley that the piece is a production from Naxos, though others argue that it is a Corinthian artist or someone under the influence of Corinthian style.

This is one of two kouroi (the other can be seen here) found at the Sanctuary of Apollo in Actiun, this is similar in style but at an earlier stage of development than the other. The shoulders and virtually straight arms emphasize the four-square design of the sculpture. The strong horizontals of the clavicles further this impression. A median line groove divides the torso in half, while a small arch separates the thorax from the abdomen. On the back half U's undicating the shoulder blades are set far to either side, while the blunt end of the broad mass of hair acts and emphasizes the flatness as well as the width of the shoulders. The waist is narrow, and the distance between the sternum and navel are short. The arms, as mentioned, drop directly to the thighs, where they are securely attached to the body from just below the elbows to the tips of the fists.

The sculpture was found by Champoiseau, a French consul to Ioannina in 1867 alongside another kouros,

Kouroi were first carved in the late eighth century BC, in the Cycladic Islands. Together with its female counterpart (the kore), the kouros - or idealized young male nude - became one of the major types of Greek statuary until the early fifth century BC.
Whether placed in a temple or used to mark a tomb, the kouros had a religious function, which partly explains its restrained pose. Throughout the Archaic period, the image of a nude young man, arms by his sides, was familiar and endlessly repeated. With the exception of the left foot, which is placed forward, the figure is perfectly symmetrical.
The present statue, preserved from the base of the neck to the knee, fits this schema perfectly. Its discovery during excavations at the temple of Apollo in Actium (on Greece's western coast) is a clue to its votive function, but we are unable to determine whether it represents Apollo himself, or the person who donated and dedicated the statue.