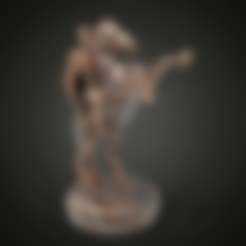 From Wikipedia, the free encyclopedia
Jump to navigationJump to search
For the Djigit missile launcher, see 9K38 Igla.

Modern horse and rider
Jigit, in some Turkic languages also spelled as yigit, zhigit or igid, is a word of Turkic origin[1] which is used in the Caucasus and Central Asia to describe a skillful and brave equestrian,[2] or a brave person in general.

The derived term jigitovka (or jigiting) means the special style of trick riding, which originated in the Turkic cultures of Caucasus and Central Asia, and is also popular with Russian Cossacks, who adopted it from the Circassians.[3] When performing dzhigitovka, the riders at full gallop stand up, jump to the ground and back to the saddle, pick up objects from the ground (such as coins, hats, etc.), shoot targets with various weapons, ride hanging on the side or under the belly of the horse and do other acrobatic feats.[1]

Since the early 19th century jigitovka has been demonstrated in the circuses and horse sport competitions, and made its way to the popular Western culture, for instance Russian Cossacks (actually Georgian horsemen from western part of Georgia, Guria) demonstrated jigitovka as part of Buffalo Bill's Wild West Show.[4] Jigitovka was also used in training of cavalry forces in the Russian Empire and USSR. Modern jigitovka as a circus performance includes complex stunts usually performed by a group of riders.

Equestrian Jigitovka
Recently, a sport known as equestrian jigitovka was developed in Russia. It became an officially certified discipline in the Russian Equestrian Federation in 2016;[5] world championships in the sport have been held since the same year. This sport is performed on a horse cantering along a track 150-300 m long and at least 4 m wide, with two 40 m "chutes" for trick performance. The sport has multiple phases and includes both the performance of traditional acrobatic tricks and the use of weapons on horseback.

The weapons section of an equestrian jigitovka competition includes five types of weapon. Generally, it is carried out in two rounds; during the first, the rider must carry four types of weapon and use them all on a course with various targets. During the first round, the rider first demonstrates different spear strikes, then tosses the spear through a hoop and moves on to other weapons: pistol (an air pistol), throwing knife, and sword. The sword is a traditional Cossack shashka, which is slightly curved. Sword targets can include branches, bottles, and rope. During the second round, the rider uses only a bow and arrow, and must hit three targets with different shots: forward, sideways, and backward.

The trick section of an equestrian jigitovka competition involves the performance of six tricks. According to Russian rules, these tricks are to be performed in one round over three laps of the track. The international rules specify three rounds, each consisting of two tricks performed over one lap of the track. The exercises can be static or active, and are divided into four groups according to their complexity. Static exercises must be held between two flags on the track, about 10 m apart. Active exercises involve constant motion, for example, jumping off and on the horse (vaulting). If a rider successfully performs an exercise, they receive a score from 1 to 10 points, which is multiplied by the trick's coefficient; the number of each difficulty level is the coefficient for those tricks. For example, a "Cossack hang"[6] off the saddle is a first level trick, that is, an easy one, so its coefficient is one; a shoulder stand is a difficult, fourth level trick, so its coefficient is four.