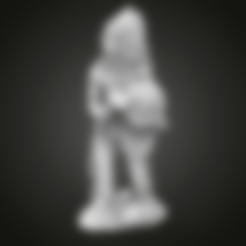 Indigenous peoples of the Americas

Some Inuit people on a traditional qamutiik (dog sled) in Cape Dorset, Nunavut, Canada
The indigenous peoples of the Americas are the pre-Columbian peoples of North, Central and South America and their descendants.

Although some indigenous peoples of the Americas were traditionally hunter-gatherers—and many, especially in the Amazon basin, still are—many groups practiced aquaculture and agriculture. The impact of their agricultural endowment to the world is a testament to their time and work in reshaping and cultivating the flora indigenous to the Americas.[27] Although some societies depended heavily on agriculture, others practiced a mix of farming, hunting and gathering. In some regions the indigenous peoples created monumental architecture, large-scale organized cities, city-states, chiefdoms, states, kingdoms and empires. Among these are the Aztec, Inca and Maya states that until the 16th century were among the most politically and socially advanced nations in the world. They had a vast knowledge of engineering, architecture, mathematics, astronomy, writing, physics, medicine, planting and irrigation, geology, mining, sculpture and goldsmithing.

Many parts of the Americas are still populated by indigenous peoples; some countries have sizable populations, especially Belize, Bolivia, Canada, Chile, Ecuador, Greenland, Guatemala, Mexico, Panama, Paraguay, Peru and the United States. At least a thousand different indigenous languages are spoken in the Americas. Some, such as the Quechuan languages, Aymara, Guaraní, Mayan languages and Nahuatl, count their speakers in millions. Many also maintain aspects of indigenous cultural practices to varying degrees, including religion, social organization and subsistence practices. Like most cultures, over time, cultures specific to many indigenous peoples have evolved to incorporate traditional aspects but also cater to modern needs. Some indigenous peoples still live in relative isolation from Western culture and a few are still counted as uncontacted peoples.