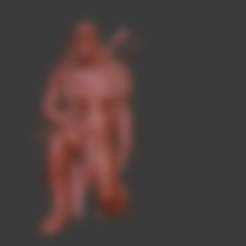 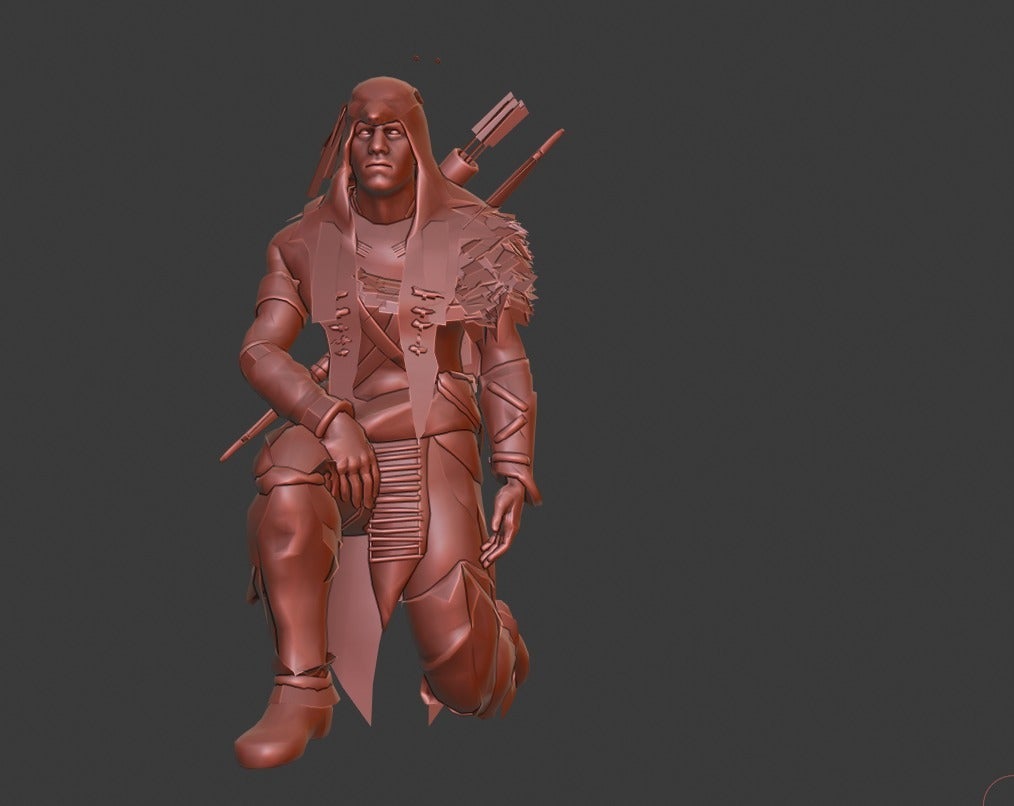 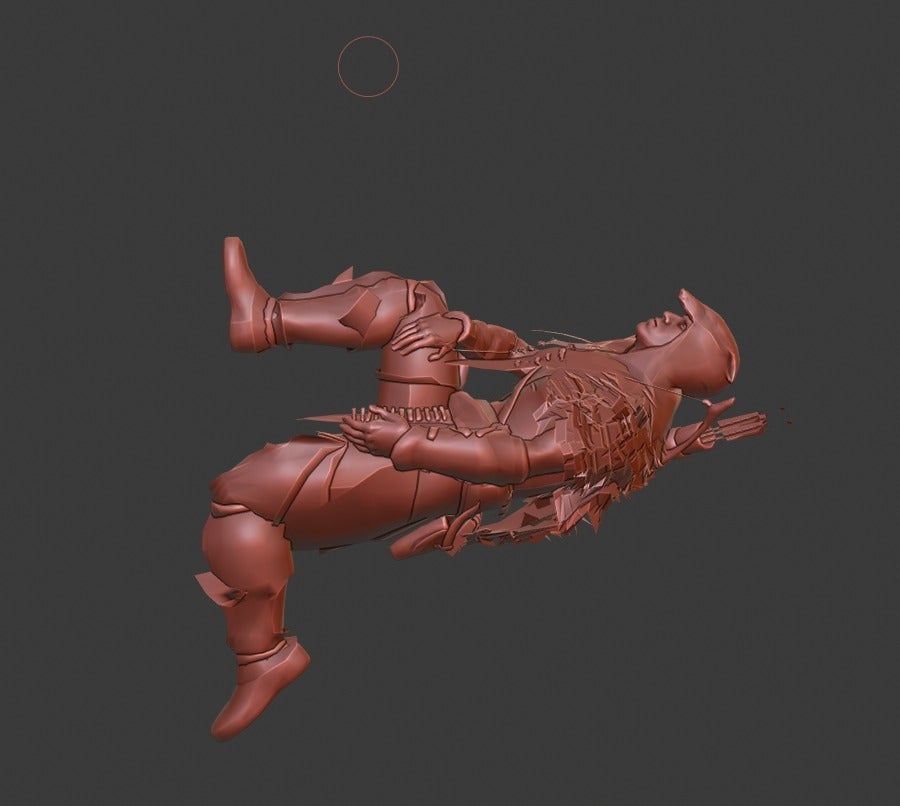 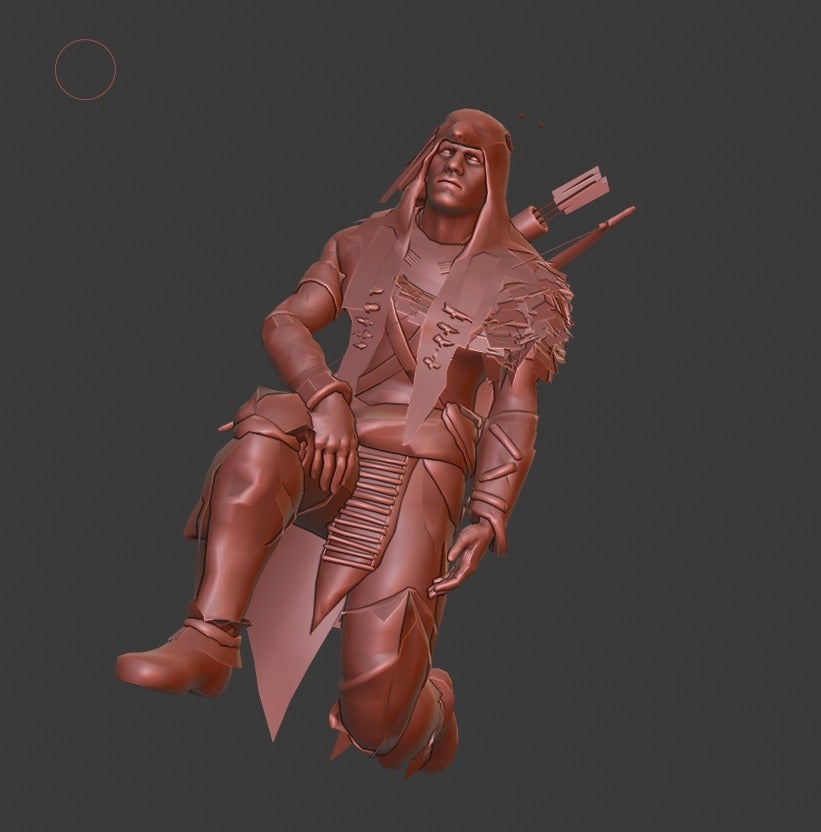 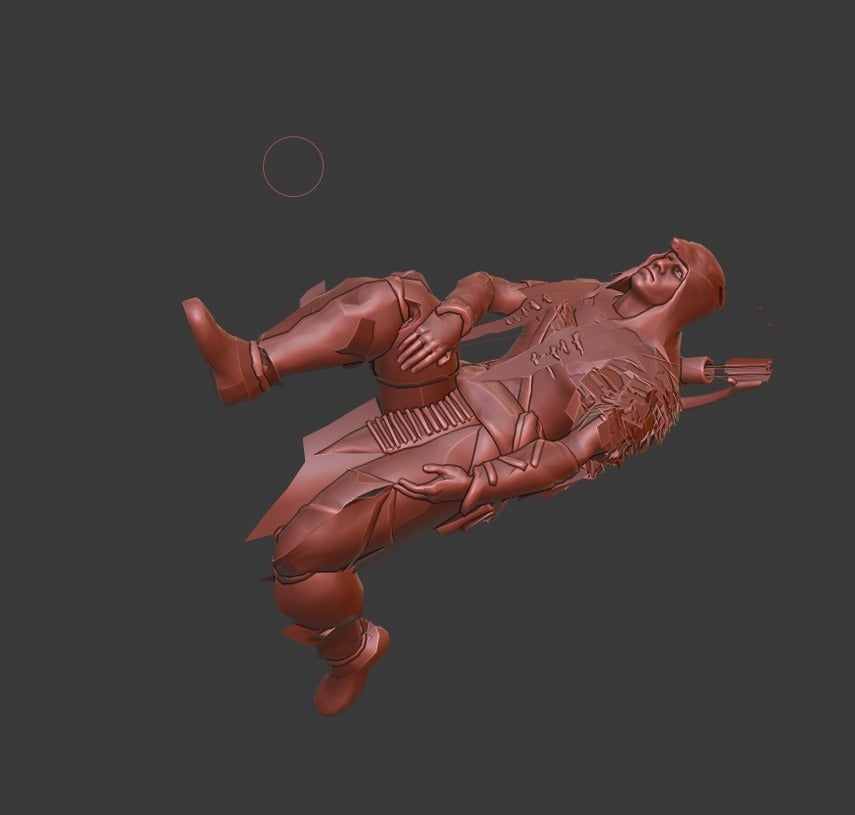 Model is not healed. I have no time for it now. If you fix it for print, make a Remix, or send me a model for re-upload it

Hunter
A hunter is a more favored enemy focused ranger.

The Hunter
The Hunter, in their favored terrain. Be that a highly dense forest or the blistery peak of a mountain top. Awaiting their prey. Alongside their ever faithful companion. They will wait dusk till dawn for the right opportunity to strike a fierce blow on the beasts that they hunt.

rq99dvw.jpg
Creating a Hunter
Quick Build
Focus on Dexterity. Then choose the leather armor and a longsword. Skills go for Animal Handling, Perception and Stealth. Go for the Outlander Background, And for the Hunter's Companion discuss with your DM beforehand.

Class Features
As a Hunter you gain the following class features.

Equipment
You start with the following equipment, in addition to the equipment granted by your background:

You add the hatred dice on attacks against hated enemies and have advantage on Wisdom (Survival) checks to track your hated enemies, as well as on Intelligence checks to recall information about them. When you gain this feature, you also learn one language of your choice that is spoken by your favored enemies, if they speak one at all.

You choose one additional hated enemy, as well as an associated language, at 6th, 10th and 20th level. As you gain levels, your choices should reflect the types of monsters you have encountered on your adventure.

Hunter's Companion
At 1st level you gain an animal that follows him around and helps him out in a variety of ways. Choose a beast that is no larger than Medium and that has a challenge rating of 1 or lower. Add your proficiency bonus to the beast’s AC, attack rolls, and damage rolls, as well as to any saving throws and skills it is proficient in. Its hit point maximum equals its normal maximum or four times your hunter level, whichever is higher.

The beast obeys your commands as best as it can. It takes its turn on your initiative, though it doesn’t take an action unless you command it to. On your turn, you can verbally command the beast where to move (no action required by you). You can use your bonus action to verbally command it to take the Attack, Dash, Disengage, Dodge, or Help action. Once you have the Extra Attack feature, you can make one weapon attack yourself when you command the beast to take the Attack action.

While traveling through your favored terrain with only the beast, you can move stealthily at a normal pace. If the beast dies, you can obtain another one by spending 8 hours magically bonding with another beast that isn’t hostile to you, either the same type of beast as before or a different one.

Like any creature, the beast can spend Hit Dice during a short rest. If you are incapacitated or absent, the beast acts on its own, focusing on protecting you and itself. It never requires your command to use its reaction, such as when making an opportunity attack.

Exceptional Training
Beginning at 7th level, on any of your turns when your beast companion doesn't attack, you can use a bonus action to command the beast to take the Dash, Disengage, Dodge, or Help action on its turn.

Bestial Fury
Starting at 11th level, your beast companion can make two attacks when you command it to use the Attack action.

Share Spells
Beginning at 15th level, when you cast a spell targeting yourself, you can also affect your beast companion with the spell if the beast is within 30 feet of you.

Spellcasting
By the time you reach 2nd level, you have learned to use the magical essence of nature to cast spells, much as a ranger does.

Spell Slots
The Hunter table shows how many spell slots you have to cast your spells of 1st level and higher. To cast one of these spells, you must expend a slot of the spell's level or higher. You regain all expended spell slots when you finish a long rest.

Spells Known of 1st Level and Higher
You know two 1st-level spells of your choice from the ranger spell list.

The Spells Known column of the Hunter table shows when you learn more ranger spells of your choice. Each of these spells must be of a level for which you have spell slots. For instance, when you reach 7th level in this class, you can learn one new spell of 1st or 2nd level.

Additionally, when you gain a level in this class, you can choose one of the ranger spells you know and replace it with another spell from the ranger spell list, which also must be of a level for which you have spell slots.

Spell save DC = 8 + your proficiency bonus + your Wisdom modifier

Hunter Archetype
When you reach 3rd level you pick one of two archetypes. Strider or Stalker. You gain improved abilities based on this choice at levels 8, 10 and 14.

Extra Attack
Beginning at 5th level, you can attack twice, instead of once, whenever you take the Attack action on your turn.

Fighting Style
At 7th level, you adopt a particular style of fighting as your specialty. Choose one of the following options. You can’t take a Fighting Style option more than once, even if you later get to choose again.

Archery
You gain a +2 bonus to attack rolls you make with ranged weapons.

Defense
While you are wearing armor, you gain a +1 bonus to AC.

Dueling
When you are wielding a melee weapon in one hand and no other weapons, you gain a +2 bonus to damage rolls with that weapon.

Two Weapon Fighting
When you engage in two-weapon fighting, you can add your ability modifier to the damage of the second attack.

Hunter's Sense
At 18th level, when you attack a creature you can't see, your inability to see it doesn't impose disadvantage on your attack rolls against it.

If the creature is hit by your attack, the creatures takes additional damage equal to your weapon's damage.

You are also aware of the location of any invisible creature within 30 feet of you, provided that the creature isn't hidden from you and you aren't blinded or deafened.

Strider
The Strider a nimble and swift hunter, known to travel great distances at great lengths, be that on foot or through means of the mystic arts, all to get to their most hated enemy and bring them down.

Natural Explorer
Starting at 2nd level you are a master of navigating the natural world, and reacts with swift and decisive action when attacked. This grants him the following benefits: • He ignores difficult terrain. • He has advantage on initiative rolls. • On his first turn during combat, he has advantage on attack rolls against creatures that have not yet acted. In addition, he is skilled at navigating the wilderness. He gains the following benefits when traveling for an hour or more: • Difficult terrain doesn’t slow his group’s travel. • His group can’t become lost except by magical means. • Even when he is engaged in another activity while traveling (such as foraging, navigating, or tracking), he remains alert to danger. • If he is traveling alone, he can move stealthily at a normal pace. • When he forage, he finds twice as much food as he normally would.

Fleet of Foot
At 8th level you can take the dash action as a bonus action on his turn. In addition your base movement speed is increased by 5 feet.

Plane Walker
Beginning at 14th level you pick one of the planes of existence(except the material plane). Your natural explorer feature works in this plane of existence.

Stalker
The stalker is the hunter that creeps up on it's prey and knows its weak spots.

Sneak Attack
At second level you gains sneak attack as the rogue ability of the same name, however your sneak attack increases at a slower pace.

Hiding in Plain Sight
Starting at 8th level, you can spend 1 minute creating camouflage for yourself. You must have access to fresh mud, dirt. plants. soot. and other naturally occurring materials with which to create your camouflage.

Once you are camouflaged in this way, you can try to hide by pressing yourself up against a solid surface, such as a tree or wall, that is at least as tall and wide as you are. You gain a +10 bonus to Dexterity (Stealth) checks as long as you remain there without moving or taking actions. Once you move or take an action or a reaction, you must camouflage yourself again to gain this benefit.

Improved Critical
Begining at 10th level your weapon attacks score a critical hit on a roll of 19 or 20.

Vanish
Starting at 14th level, you can use the Hide action as a bonus action on your turn. Also, you can’t be tracked by non-magical means, unless you choose to leave a trail.

Multiclassing
Prerequisites. To qualify for multiclassing into the Hunter class, you must meet these prerequisites: Dex:15 and Wis:13

Proficiencies. When you multiclass into the Hunter class, you gain the following proficiencies: Light and Medium armor, simple and martial weapons, Herbalism kit and 1 skill.