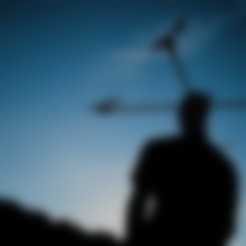 A year after it's initial creation, I am releasing the source files for HeadOCopter!

The "HeadOCopter" started out as a joke, as these things often do, but when you've got access to the technology to make it real you'd be stupid not to!

The head was created by 3D scanning my own head with a Microsoft Xbox 360 Kinect using Skanect software, then cleaned up in ZBrush. It was then taken into Fusion360 to create the electronic mounting plates. Once modeling was complete the head and plates were 3D printed.

After smoothing with Bondo and sanding out the rough spots, the head was primed and hand painted by artist Lisa Svingos (https://www.instagram.com/lisa.svingos.art/).

The arms and motor mounts were salvaged from an old Tarot hexacopter frame, but are essentially 16mm Carbon Fiber Tubes (450mm long in our use case).

The HeadOCopter is powered by a BrainFPV RADIX flight controller which is housed in a 3D printed TPU brain. It runs on a 4S LiPo and is spinning 12" props on 700kv motors. At over 1000mm motor to motor, this baby is technically XClass!

The process for building a drone varies greatly depending on what you are using, but assembly is fairly straight forward. You can drill holes in the head to run wires for FPV gear and/or power (The left eye is large and flat enough to hold most FPV cameras and possibly even a GoPro Session!). The bottom plate mounts into the head using M3 screws. Slide the arms trhough the head and onto the bottom plate. If you run th emotor wires trhough the arms you can mount the PDB onto the bottom plate. The top plate is attached to the bottom plate using more M3 screws. You can mount your flight controller on the PDB beforehand, or get fancy and run your wires through the Brain and mount your flight controller in side like we did! It looks cool, but doesn't serve much purpose.

Once the head was completed I mounted the electronics and went about tuning the PIDs for stable flight. Unfortunately the weather on the east coast has been a little rough, so I wasn't able to get a real solid tune. Nevertheless it flew rather well in acro/manual mode. I used TeamBlacksheep Crossfire module and receiver for radio control, and a standard FPV camera and 5.8ghz video transmitter for live video transmission.

So what was the point of all this? To make a stupid fake movie trailer of course!

I printed the original HeadOCopter out of PLA, which held up very well for it's limited use once it was fully assembled. 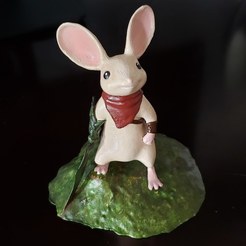 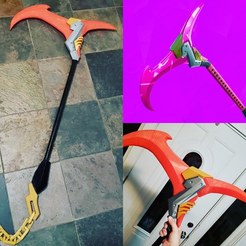 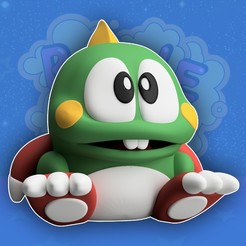 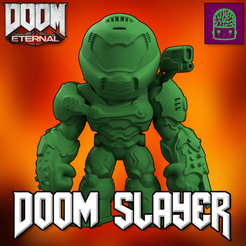