Head of a Helmeted Athena at The Louvre, Paris 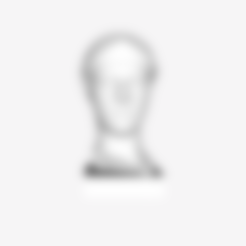 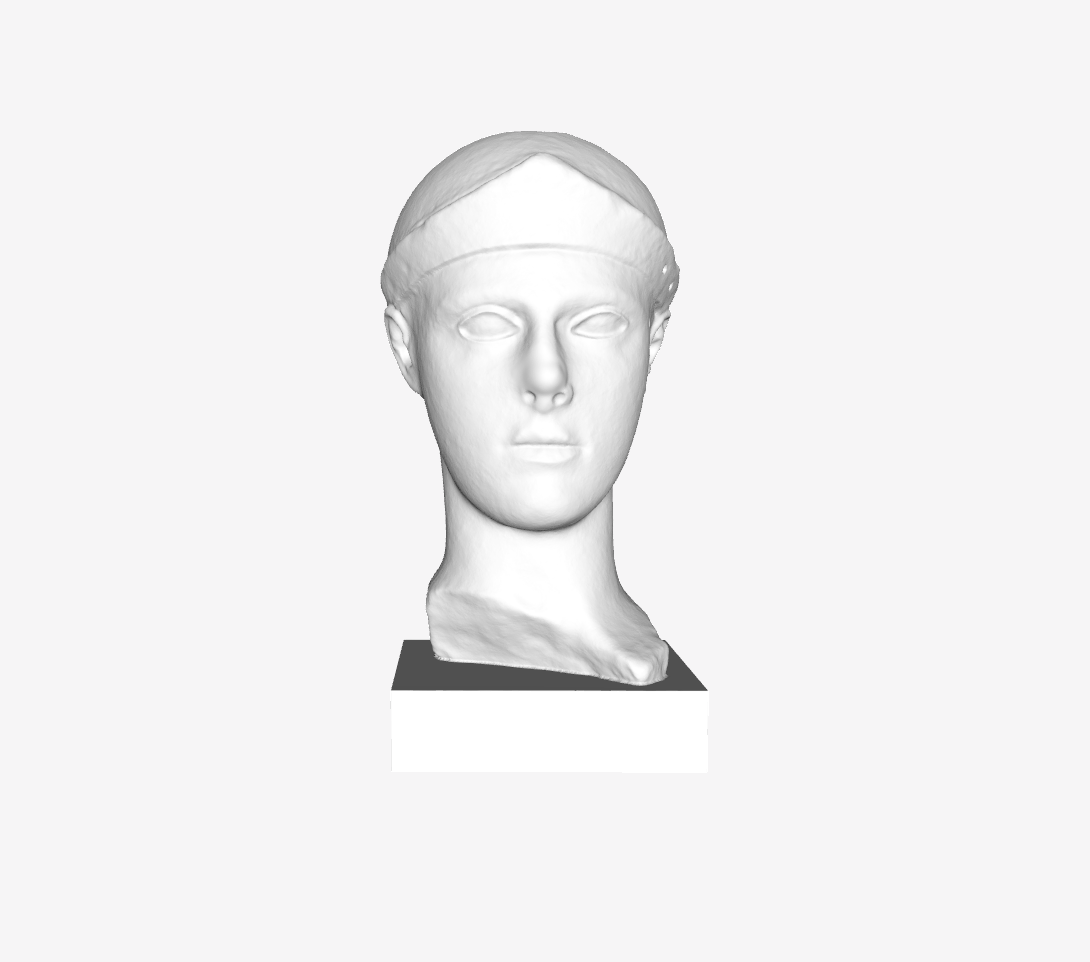 The eyelashes are in metal and the whole face will originally have been painted. The neck would then have been inserted in the body of a statue.This head, donated to the Louvre by the Marquis de Vogüé, is that of Athena, goddess of war, wearing a helmet. Originally, the statue featured polychrome highlights and metal pieces inserted into holes. With its expression of gravity and resolution, this head bears valuable witness to the important role played by Aeginian sculptors in the creation of the Early Classical style in the early fifth century BCE. This female head was originally in the Pourtalès collection, and then that of the Marquis de Vogüé, who donated it to the Louvre in 1907. Created separately, the head was intended to be inserted into the body of a statue of Athena, now lost. The helmet is a reminder that Athena was the goddess of war. A number of holes in the piece indicate the original presence of metal pieces, added as highlights to the marble. Curls of hair, attached to the temples, cascaded down the cheeks, jewelry was placed in the earlobes, and the eyes were fringed with lashes. The helmet was completed by a neckguard and raised cheek protectors, attached to the central band. The sculpture was topped by a crest, probably of marble, which was inserted into a slot at the top of the skull. Paint, of which no traces remain, was probably used to emphasize the goddess's impassive and austere expression. This work was discovered on the island of Aegina, off the west coast of Attica. In the early fifth century BCE, the island was home to flourishing sculpture workshops which worked on the architectural decoration of the temple of Athena Aphaia. Gradually its artists broke free from Archaic conventions in favor of a more naturalistic style. Fragments of decorative sculptures from the temple pediments, now in the collections of the Glyptothek in Munich, illustrate this transition particularly clearly: the decorative conventions characteristic of the Archaic style still prevail on the western pediment, while the eastern pediment is already in the austere Early Classical style. The head of Athena, very close to the aesthetic of the eastern pediment, is a valuable reminder of the crucial role played by sculptors in the creation of the Early Classical style. Created around 470-460 BCE, the work presents all of the characteristics of this style: the resolute, grave expression created by the loss of the "Archaic smile", the eyes rimmed by a slightly thicker upper lid, and the rounded chin. Anatomical details such as the eyes, ears and mouth are rendered in a more naturalistic manner.