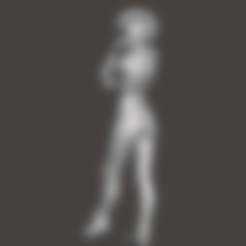 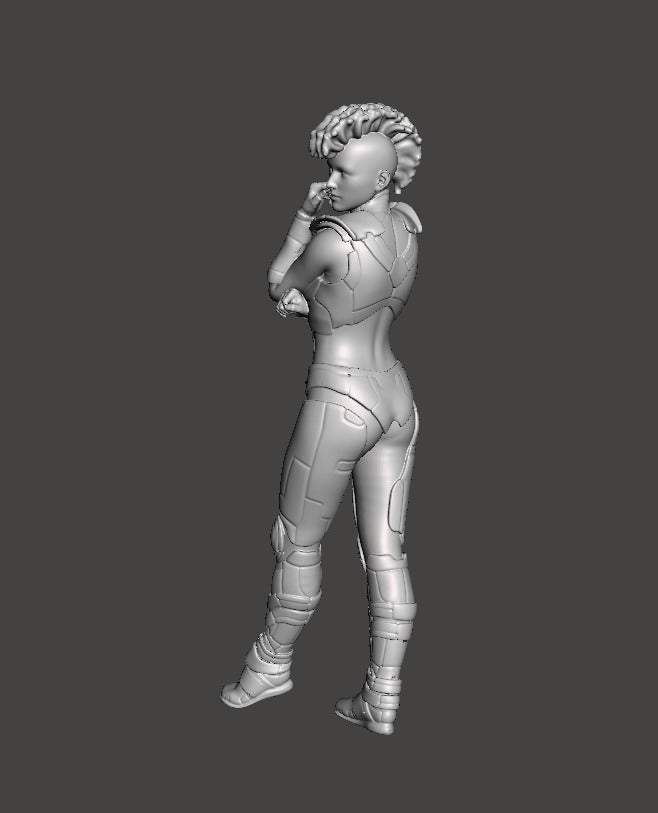 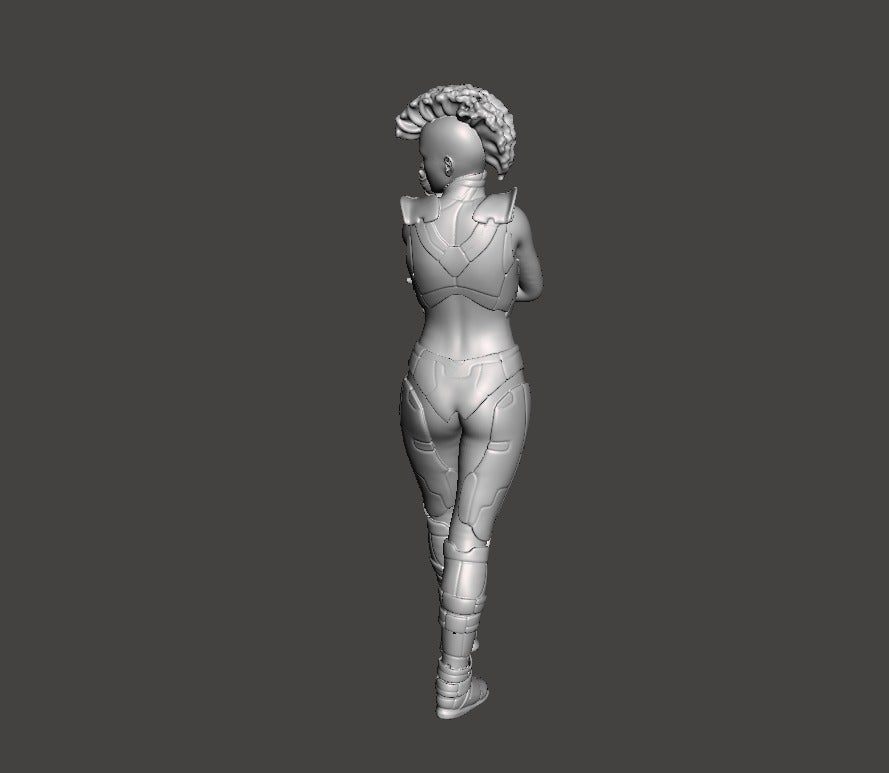 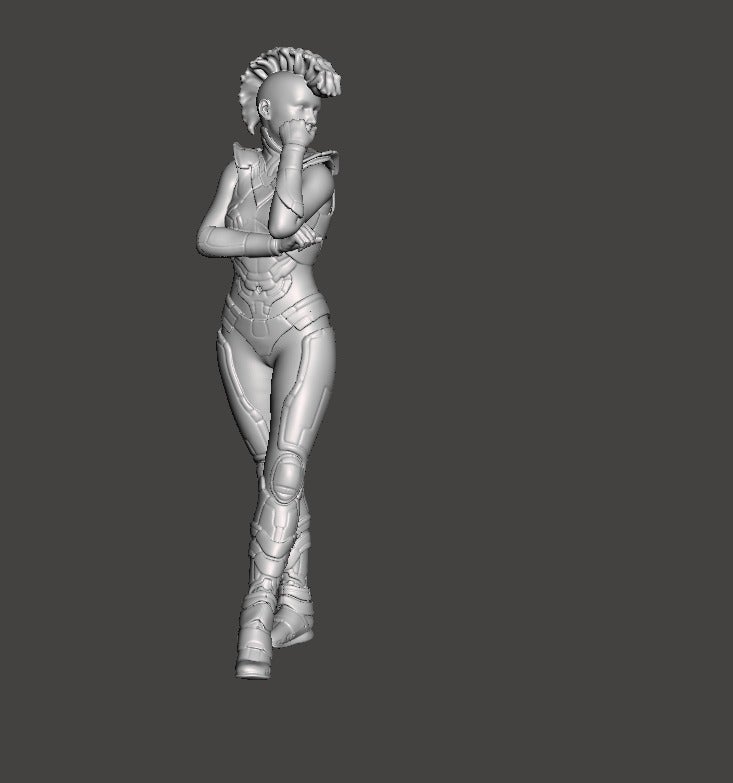 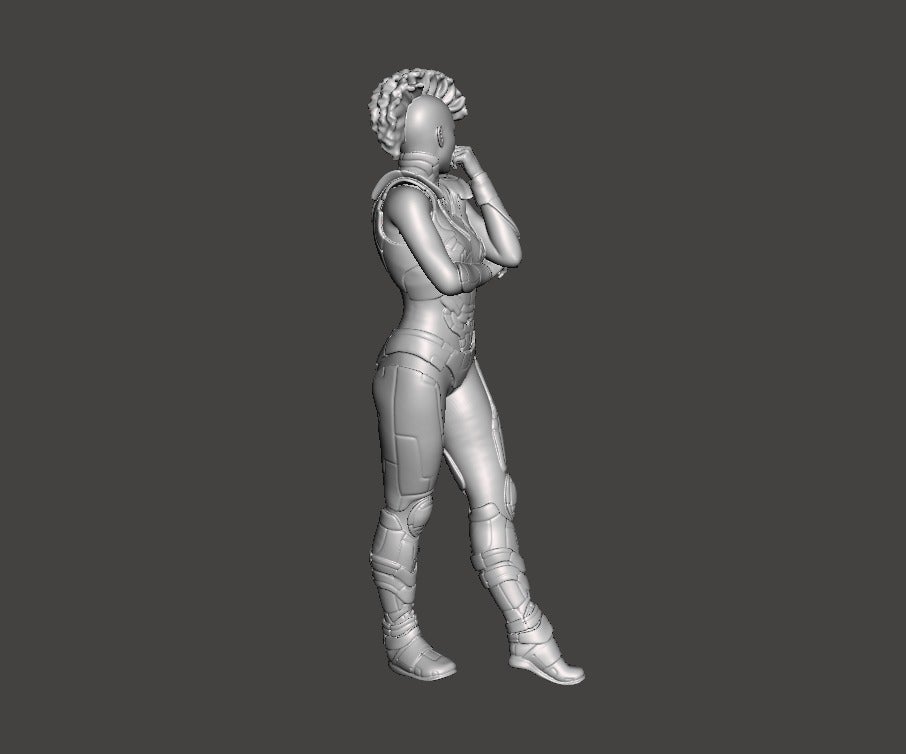 Cyberpunk 2077 is an upcoming role-playing video game developed and published by CD Projekt, releasing for Microsoft Windows, PlayStation 4, and Xbox One on 16 April 2020. Adapted from the 1988 tabletop game Cyberpunk 2020, it is set fifty-seven years later in dystopian Night City, California, an open world with six distinct regions. In a first-person perspective, players assume the role of the customisable mercenary V, who can reach prominence in three character classes by applying experience points to stat upgrades. V has an arsenal of ranged weapons and options for melee combat.

Cyberpunk 2077 is being developed by CD Projekt Red, an internal studio within CD Projekt, using the REDengine 4 game engine. They launched a new division in Wrocław and partnered with Digital Scapes to assist production. Around 450 total staff members are involved with the development, exceeding the number that worked on the studio's previous game, The Witcher 3: Wild Hunt. Cyberpunk 2020 creator Mike Pondsmith consulted on the project, and actor Keanu Reeves has a starring role.

Contents
1 Gameplay
2 Setting
3 Development
4 Release and marketing
5 Reception
6 Notes
7 References
8 External links
Gameplay
Cyberpunk 2077 is a role-playing video game played in a first-person perspective as V,[6][7] a mercenary whose sex, hairstyles, face, body type, body modifications, background (nomad, street kid, or corporate), and clothing are customisable. V's clothing alters how interactions fare with non-player characters (NPCs), with whom they have the potential to form romantic and sexual relationships. Stat categories—Strength, Constitution, Intelligence, Reflex, Tech, and Cool—are malleable to the character classes that players assume, which are NetRunner (hacking), Techie (machinery), and Solo (combat). The perk tree is branched into melee, blades, handguns, shotguns, rifles, sniper rifles, hacking, two-handed combat, assassination, "cold blood", engineering, and athletics. V must consult a "ripperdoc" to upgrade and purchase cyberware implants, at the cost of eurodollars, more so in black markets for military-grade abilities.[7][8][9][10][11] Colours signify the rarity of any given equipment, from "uncommon" (green) to "epic" (purple).[12] V can take cover, aim, run on the ground and walls, jump, double jump, and slide.[13][14] With arm blades, V may climb walls and, like with other close-combat weapons, deal melee strikes.[9][15] There are three types of ranged weapons—Power (standard), Tech (which penetrate walls and enemies), and Smart (with homing bullets).[16][17] These can be customised and modified.[17] Ranged weapons are equipped to ricochet bullets in a target's direction and (with a reflex booster) slow them down in bullet time. Four types of damage can be inflicted—Physical, Thermal, EMP, and Chemical (which are identified in enemies by scanning them with a bionic eye).[8][18] Weapon use increases accuracy and reloading speed, which are manifested in character animations.[19] Gunsmiths repair and upgrade weapons.[9] The game can be completed without taking a life,[20] with nonlethal options for weapons and cyberware.[21]

The open world metropolis Night City, California consists of six regions—the corporate City Center, immigrant-inhabited Watson, luxurious Westbrook, suburban Heywood, gang-infested Pacifica, and industrial Santo Domingo. Night City's surrounding area, the Badlands, can also be explored. V navigates these locations on foot and in vehicles, which are customisable and subject to either a first or third-person view. Autonomous cars allow V to focus on combat instead of driving while engaging in gunplay.[7][12][18][22][23][24] Pedestrians can be run over by vehicles.[17] Radio stations are available to listen to.[25] The full day-night cycle and dynamic weather affect the way NPCs behave.[16][26] V can buy apartments (in which to fetch weapons, get dressed, use a computer, and bring back NPCs for sexual activity) and garages.[9][27] The game features non-English-speaking characters; players who do not speak the languages can buy translator implants to better comprehend them.[28] "Braindance", a digital recording device streamed directly into the brain, allows V to experience the emotions and muscle movements of another person.[29][30] Branching dialogues enable interaction with NPCs and actions in quests.[31] Experience points are obtained from main quests and fuel the stats, while side quests yield "street cred" and unlock skills, vendors, places, and additional quests.[12][16][17][32] Quests are acquired from characters known as Fixers.[17] Throughout the game, V is aided by various companions.[9] Consumables, like soft drinks, are used for healing, and objects can be inspected in V's inventory.[14] Minigames include hacking, boxing, auto racing,[33] martial arts, and shooting ranges.[34] "Game over" messages only appear at the point of death; if a quest is failed, the game moves on all the same.[35] Player agency and choice lead to different endings.[30]

Setting
Night City is an American megacity in the Free State of California, controlled by corporations and unassailed by the laws of both country and state. It sees conflict from rampant gang wars and its ruling entities contending for dominance. The city is contingent on robotics for everyday aspects like waste collection, maintenance, and public transportation.[36] The Internet is managed by corporations and the army.[21] Homelessness abounds, but does not preclude cybernetic modification for the poor, giving rise to cosmetic addiction and consequent violence. These threats are dealt with by the armed force known as Psycho Squad.[6][37] Because of the constant threat of physical harm, all citizens are allowed to own and openly carry firearms in public.[38]

Development
Cyberpunk 2077 entered pre-production as soon as developer CD Projekt Red had finished The Witcher 3: Wild Hunt – Blood and Wine.[39] Around this time, approximately fifty staff members were involved.[40] They later devoted a team larger than that of The Witcher 3: Wild Hunt,[41] and after it was released, began upgrading their REDengine 3 to complement Cyberpunk 2077.[42] The team learned early on how aspects like stream processing and global illumination would function without disturbing the central processing unit.[43] CD Projekt Red was granted subventions of US$7 million by the Polish government, whose funding application confirmed they were using REDengine 4.[44] In June 2017, early designs were stolen and threatened to be released to the public, but the developer refused to comply with the ransom demand.[45][46] The development reportedly reached a milestone in late 2017,[47] and in March 2018, a new studio was opened in Wrocław to aid the production.[48] That July, nearly 350 employees were developing it,[49] and by the following month, the story was fully realised and could facilitate a complete playthrough.[2] In October 2018, CD Projekt Red announced the establishment of a long-term partnership with Canadian studio Digital Scapes to craft additional technology for Cyberpunk 2077.[50] In early 2019, the staff exceeded 400,[51] which was around 450 by June 2019.[52] CD Projekt Red then partnered with technology company Nvidia to achieve ray tracing in real time.[53]

Originally to launch with multiplayer,[54] this was later assigned to research and development,[55] with the single-player since prioritised.[30][56] The first-person perspective was selected to immerse players more than a third-person view would allow, given the detail the developer devoted to the open world.[16] Cutscenes and gameplay were made to seamlessly blend together, also for the purpose of immersion.[57] Cyberpunk 2077 will feature full nudity, which game director Adam Badowski said encapsulates the theme of transhumanism—"the body is no longer sacrum [sacred]; it's profanum [profane]".[58] The quest designers, who oversee the development of their own ideas, resolved to make the quest system allow players to decide the order in which quests are undertaken.[59] Side quests are often made from unused parts of the main story.[60] Animation and facial animation systems were remade to better generate lip syncing and muscle movement; motion capture was also improved. Environments are created from prefabricated designs for scalability's sake.[61] Reused models have altered colours and details.[62] Feedback from the E3 2018 demonstration influenced the decision to allow a pacifist playthrough.[63] The game's content was nearly complete in mid-2019, with the rest of development focused largely on polishing.[52]

The game draws inspiration from several cyberpunk works, including the 1982 film Blade Runner, Japanese cyberpunk manga / anime series Ghost in the Shell, and video games System Shock (1994) and Deus Ex (2000).[64] It also features a motorbike from the Akira manga / 1988 anime film.[65] Mike Pondsmith, who created the original 1988 tabletop game Cyberpunk 2020, started consulting on the project in 2012.[61][66] Pondsmith's follow-up to Cyberpunk 2020, Cyberpunk Red, influenced the lore of the game.[67] The Witcher 3: Wild Hunt composer Marcin Przybyłowicz was chosen to write the score,[68] accompanied by P.T. Adamczyk and Paul Leonard-Morgan.[69] All songs for in-game radio stations have been specially made.[25] Swedish punk rock band Refused created music for the in-game group Samurai; one song, "Chippin' In", was released in July 2019.[70] In July 2018, actor Keanu Reeves was approached for the role of Johnny Silverhand,[71] who was codenamed "Mr Fusion" to maintain secrecy.[72] He would lend his likeness to, voice, and do motion capture for the character.[73][74] Reeves' dialogue amount is second only to the main character,[75] having spent fifteen days recording his lines.[76] Sebastian Stępień served as head writer and creative director on the game before leaving for Blizzard Entertainment in early 2019.[77][78]

Release and marketing
Cyberpunk 2077 was announced in May 2012.[40] In January 2013, a teaser trailer was released,[79] reaching 12 million views by June 2018.[80] The game was confirmed for Microsoft Windows the same year,[81] and for PlayStation 4 and Xbox One at E3 2018,[82] where they revealed a second trailer and a media-exclusive, pre-alpha gameplay demonstration,[80][83][84] released to the public in August of that year, following its appearance at Gamescom.[85] The game will be distributed in North America by Warner Bros. Interactive Entertainment.[86] Bilkom is publishing it in Turkey.[87] Bandai Namco Entertainment will act as publisher for twenty-four European countries and distributor for Australia and New Zealand.[88][89] The PC version will be free of digital rights management.[90]

At E3 2019, a third trailer revealed the release date of 16 April 2020.[91] It received more pre-orders than The Witcher 3: Wild Hunt shortly after;[75] one third of PC sales were done through GOG.com, a subsidiary of CD Projekt.[92] A second gameplay demonstration was arranged to be shown first to E3 attendees, and then brought online during PAX West in August.[93][94] The standard edition provides the base game, while the collector's edition comes with a custom box, steelbook, figurine depicting a male V, hardcover artbook, metal pin set and keychain, A Visitor's Guide to Night City, embroidered patches, world compendium, Night City postcards and map, and stickers; digital items include the soundtrack, art booklet, Cyberpunk 2020 sourcebook, and wallpapers. If pre-ordered, the standard edition will also contain the compendium, postcards, map, and stickers, alongside the digital soundtrack, booklet, sourcebook, and wallpapers.[95] The World of Cyberpunk 2077, a 200-page hardcover book expounding upon the lore, will be published by Dark Horse Books on 21 April 2020.[96] 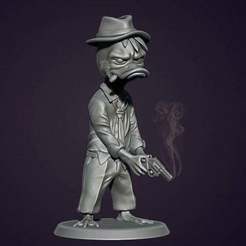