Bust of Antoninus Pius at The Louvre, Paris 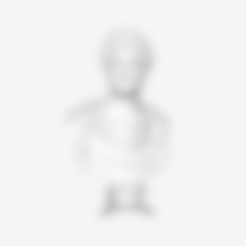 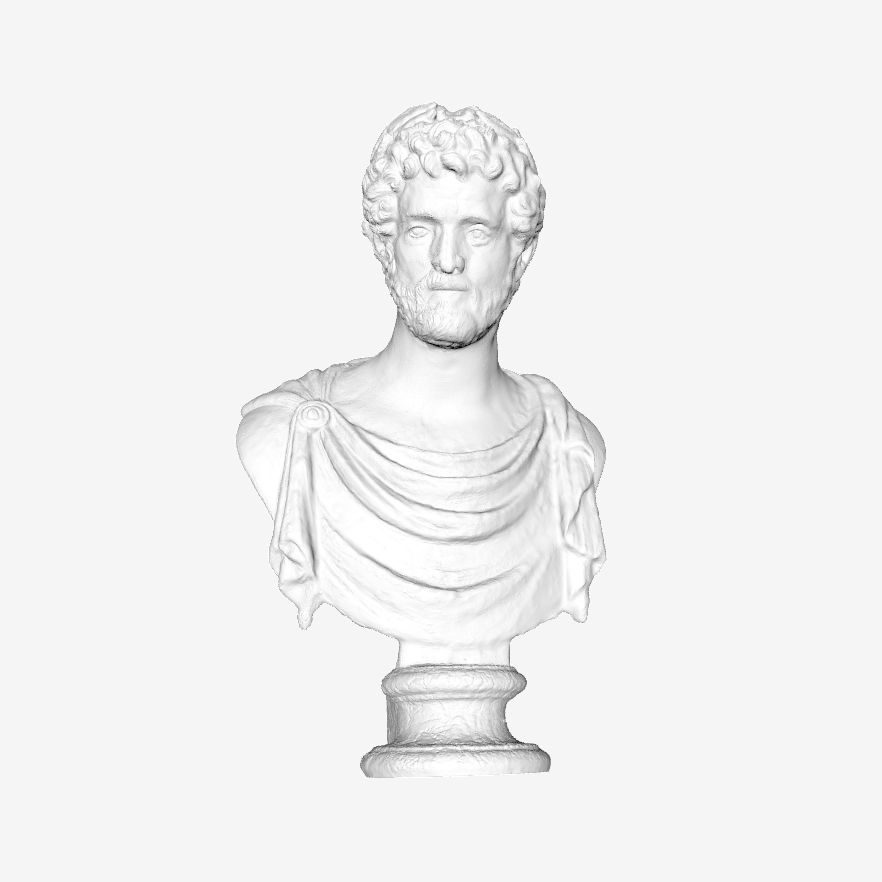 Working almost exclusively for the members of the Gonzaga family, frequently at their court in Mantua, Antico earned his nickname by specializing in interpretations of antique Greek and Roman sculpture. Trips to Rome on Gonzaga business afforded him occasions to see the latest discoveries of antiquities, which his patrons avidly collected; helping to acquire and repair those statues and busts gave the sculptor concrete knowledge of ancient art. His precise and elegant style owed much to the care with which he cast and chased his bronzes; this technical refinement of his work, as much as its evocation of the ancient world, appealed to generations of exacting patrons among the Gonzaga, from Gianfrancesco, to Francesco II and his famous wife Isabella d’Este, to Federico II.

Isabella appears to have owned five busts by Antico dating between 1519 and 1522: Cleopatra (Museum of Fine Arts, Boston), Bacchus, Ariadne (both, Kunsthistorisches Museum, Vienna), Alexander (Liechtenstein Museum, Vienna), and Antoninus Pius, the present work. The subsequent Gonzaga ruler, her son Federico II (1500 – 1540), owned a second, later, bust by Antico of Antoninus Pius and one of his wife, Faustina, thought to be those now in the Musée du Louvre, Paris. Federico felt an affinity for this emperor and his wife and apparently had images of them integrated into the decorative scheme of the Sala di Troia in the Palazzo Ducale in Mantua. Renaissance rulers frequently displayed busts of ancient leaders with whose virtues they wished to associate themselves. Astrologer Luca Gauricus called Federico a second Alexander and compared his master with other notables from Roman history. Emperor Antoninus, whose sobriquet "Pius" was conferred on him by the Roman Senate in recognition of his righteousness, was known for high personal standards and was thus an appropriate exemplar for Federico. Furthermore, "Scriptores Historiae Augustae," a manuscript owned by the Gonzaga, records that the emperor was handsome and aristocratic, like Federico himself.  Thus, the two busts of Antoninus Pius on view in Mantua by the 1520s held slightly different connotations for their owners: for the learned and art-loving Isabella, the bust now in New York represented an exemplary figure from ancient history as well as a work of art of the highest caliber, and she displayed it with some of her other large and small bronzes on the top shelf of the grotto in her personal apartment in the Palazzo Ducale. For Federico, the bust now in Paris symbolized the virtues and qualities he held dear, and evidently he displayed it in a public salon.

In the 1990s the Museum’s bust was linked by Ann Allison to a document of 1524 which states that the sculptor borrowed tools from the state munitions factory to finish a bust of Emperor Antoninus. At that time Allison thought that the Louvre bust was made in Antico’s workshop after the master’s death; however, a recent cleaning has revealed it to be of higher quality than previously thought, and Allison, having revised her opinion, now believes that the New York bust is the earlier of the two (1519 – 22) and that the Paris bust must be the one made in 1524. She characterizes the busts made for Isabella, including this one, as more refined than those made later for Federico. All of those in the earlier group share a scrupulous definition of the curls of hair within a flowing treatment of the whole; emphasis on the eyes through varied patinations or silvering; and strong noses and polished lips.

Comparison of the Museum’s Emperor Antoninus Pius with ancient busts, such as one in the Munich Glyptothek, illustrates how far the artist was willing to take his interpretation. Antico’s version shares the general features of its prototype, but the artist sharpened the detailing of the hair and intensified the subject’s expression by graving the eyebrows and hollowing the cheeks. The deep, crisply executed locks of hair create a vibrant pattern; such technical virtuosity confirms Antico’s presumed training as a goldsmith. The curls on the head join those of the beard to frame the emperor’s rather pensive face. A laurel wreath crowns the head and separates the deeply worked curls from a flatter swirl of hair above the wreath. Technical examination has revealed that the head and bust were modeled separately and joined where the long neck lifts the head majestically from the shoulders. The flowing lines of the toga encircle the torso and conceal the point of juncture. Confidently modeled, Antico’s bust rivals the great classical portrait busts; brilliantly finished, it gives a most welcome idea of how splendid ancient examples, so often battered, must once have looked.

Could anyone tell me how large this print is?