Bell Idol at The Louvre, Paris 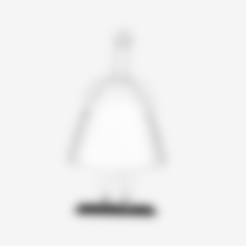 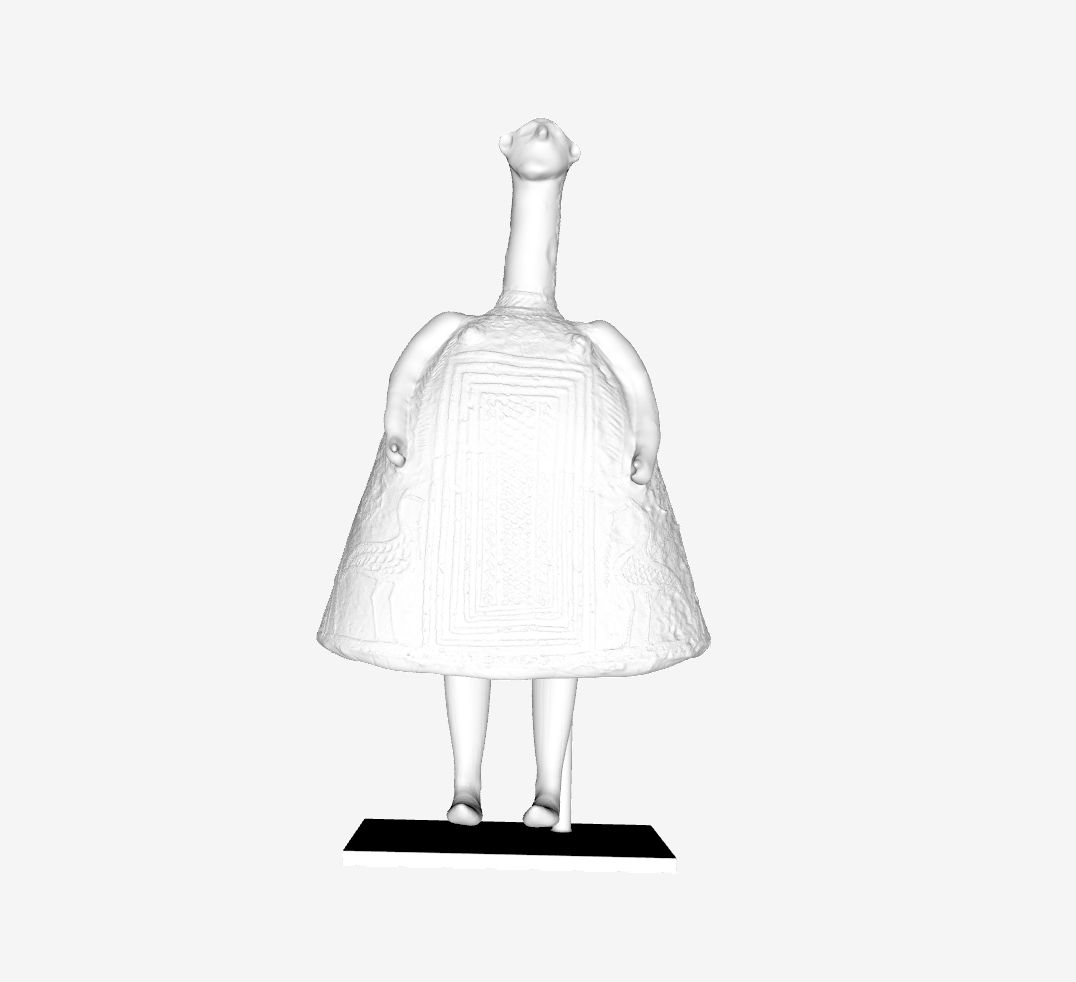 The technique, typology, and decoration of this figurine, known as a "bell idol", identify it as the work of Theban potters of the Late Geometric period, in ancient Boeotia. Although strictly an item of pottery, it is a rare example of figurative sculpture from the period, probably representing a Nature goddess - a descendant of the Minoan tradition, which some commentators have identified with Artemis. Figurines of this type are found in tombs and may have been used during funeral celebrations.

During the Late Geometric period, figurines such as this were still fashioned using pottery-making techniques. The figure's wide, bell-shaped dress was made on a potter's wheel and flattened while still malleable. The head, poised on its elongated neck, and the protruding breasts and arms were modeled separately and applied to the body before firing. The decorative details are produced by means of a technique employed throughout ancient Greece: the designs are brush-painted using a clay slip rich in iron oxide, which turns black when fired. The decorative motifs used here are similar to those on a series of other oinochoes (linear chevrons or diamond shapes, interlocking triangles, swastikas, and water fowl), allowing us to identify the figurine as the product of potters active in Thebes (Boeotia, in Greece) from 750-690 BC.

The figurine's decoration is very similar to motifs found on vases of the so-called Geometric period (900-700 BC). In keeping with the rigorous constraints of the Geometric canon, the figure is conceived not as an integrated whole, but as a simplified form to which the anatomical details are subsequently applied. The carefully arranged, symmetrical painted motifs are typical of the rigorous style, which had its origins in Athens.

The date and place of origin of the figure are readily identifiable through comparison with other local pottery. Its function is more problematic, however. Certain aspects of the painted decoration represent jewelry or tattoo designs known to have been in use at the time, but others are more symbolic, and may relate to the animal and vegetable kingdoms over which the figurine-goddess reigned (note the leaf fronds and water fowl). The figure may be a goddess of animals, nature, and life, whose first known representations date back to the Bronze Age, in Crete. Its reappearance in the Geometric period, in Boeotia, testifies to the enduring appeal of certain motifs and beliefs. The goddess - identified by some with the figure of Artemis - takes on a new significance here thanks to her association with the idea of movement. The articulated legs would have moved quite freely when the figure was suspended from a cord (as originally intended). Figurines of this type have been found in the graves of women and children from the 10th to the 8th centuries BC; they may symbolize the protective forces of nature, accompanying the deceased on his or her journey in the afterlife.