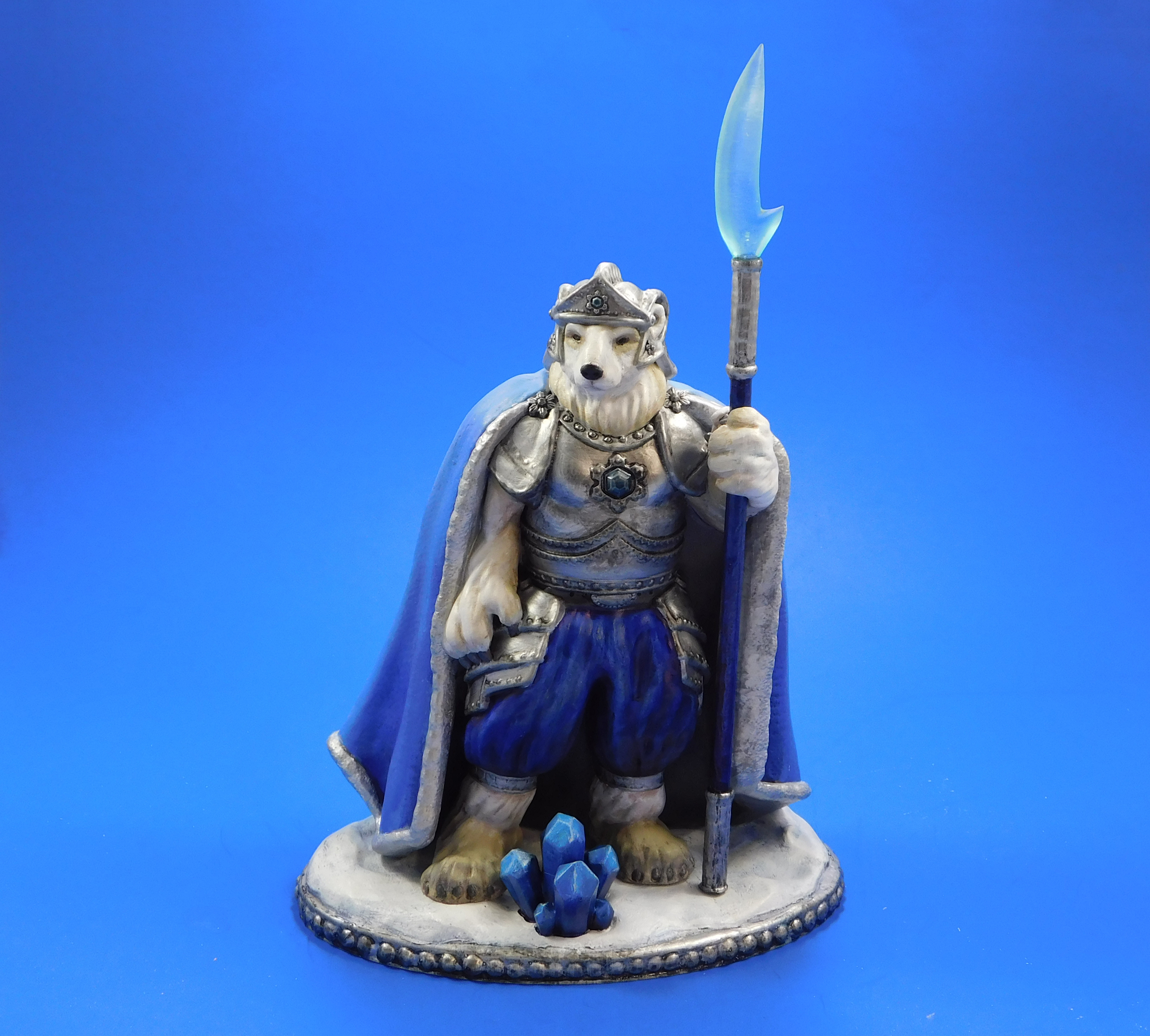 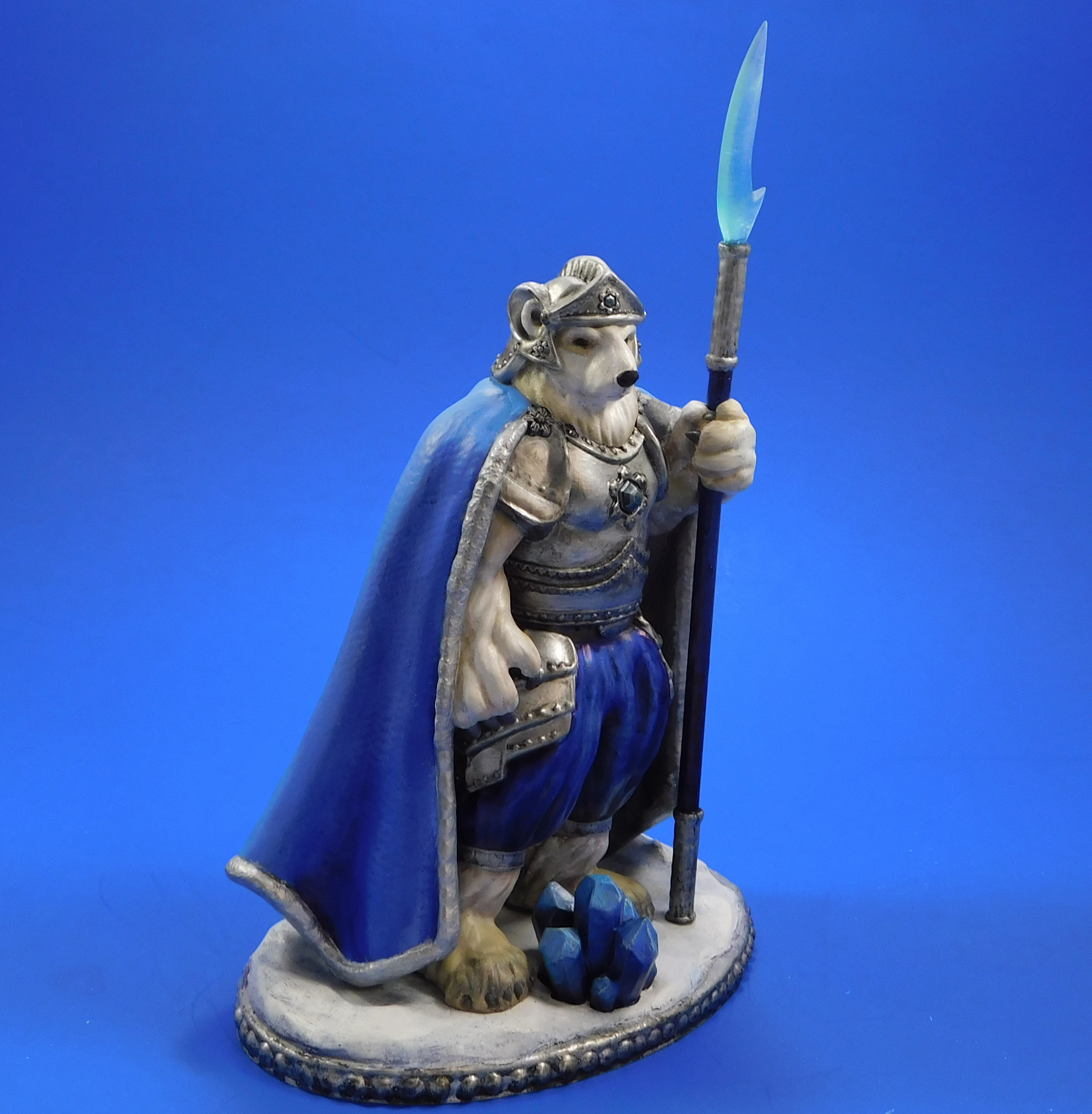 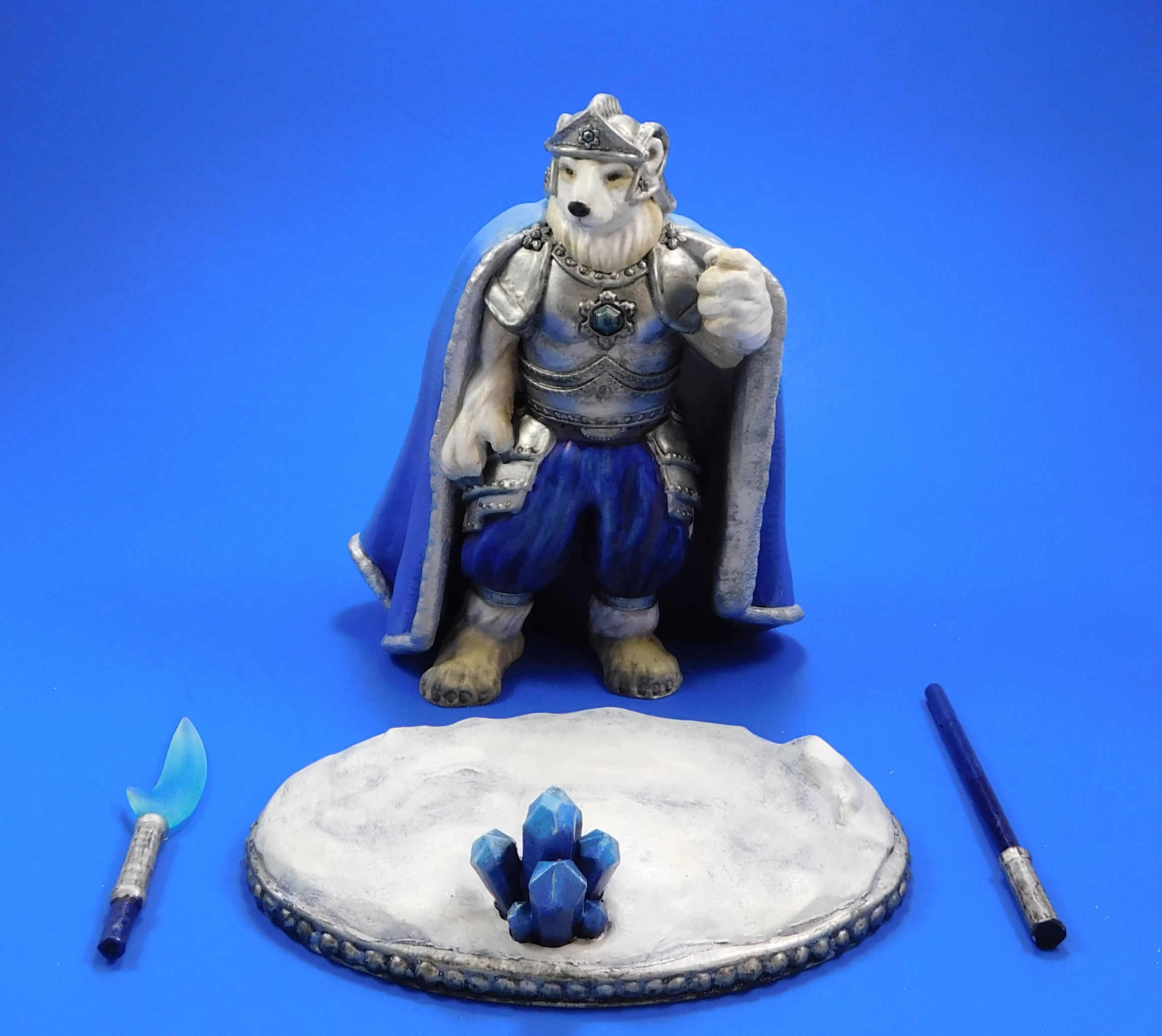 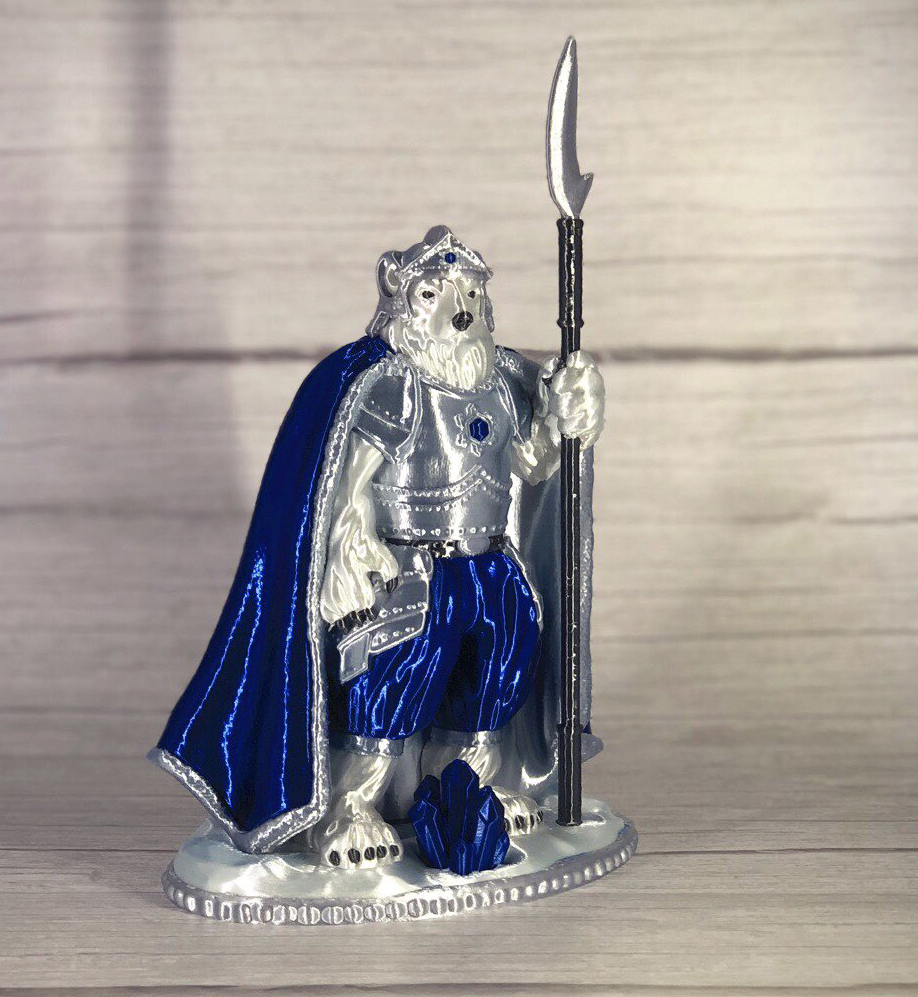 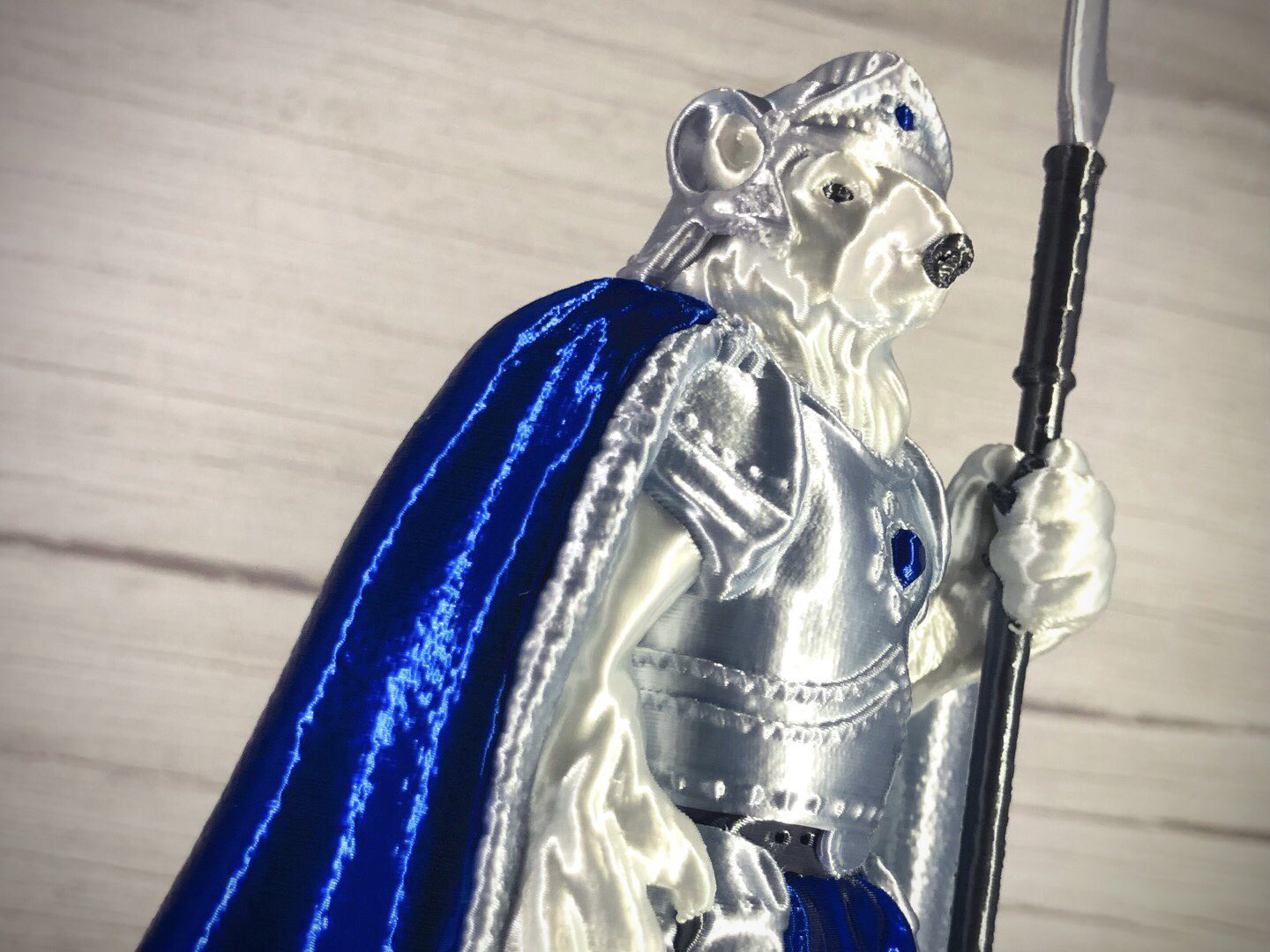 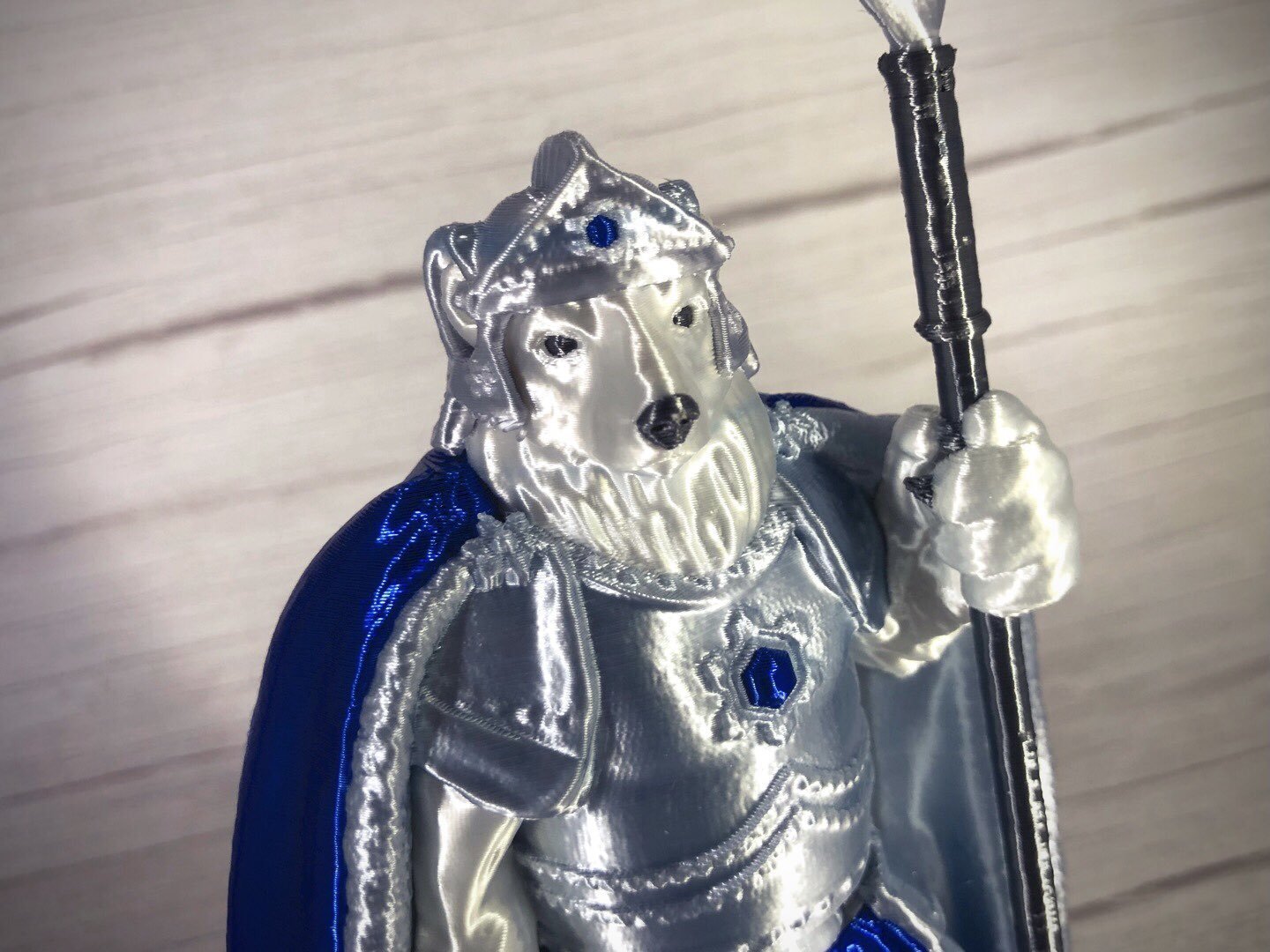 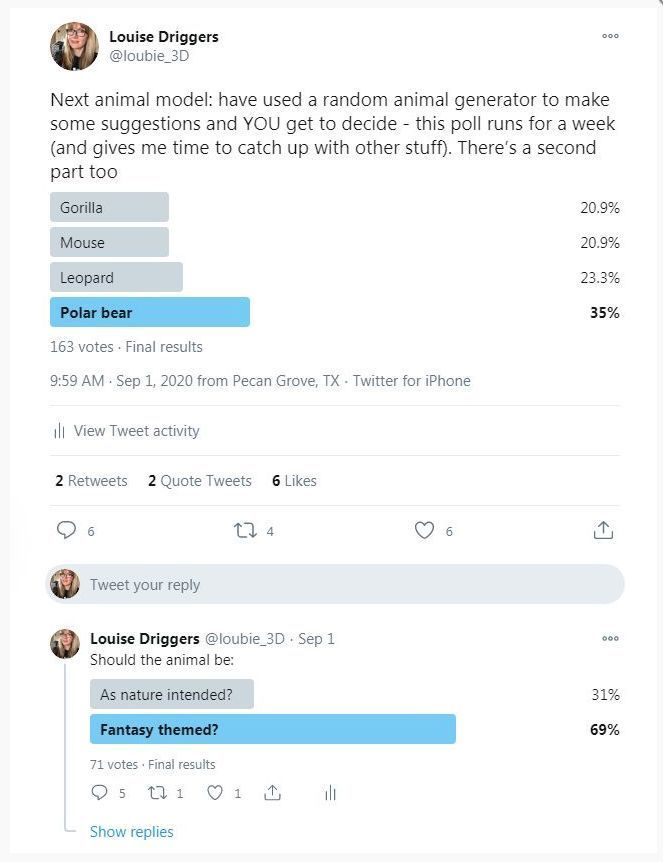 This is Armel the Polar Paladin.

The Ursines(bears) were the first of the Evolved to take their rightful and equal place alongside humanity. Other animals followed to become Evolved, some choosing to take a more anthropomorphised form (especially fingered hands, as the ability to write and draw were considered significant markers of “civilization” early on, although this has since changed) but others kept their original bodies - ALL desired the evolution of their minds and that they would never again be the slaves of humanity.

Polar Paladins are part of a quasi-monastic community located at the frozen top of the world where they guard the sacred Glass, work on histories and philosophies and act as guides to those wishing to visit and view the splendours of that region. They are all trained in arts of physical defence (appropriate to species) and most are competent magic users. Polar Paladins are not just bears, originally, it was any animal native to the frozen regions or whose fur or feathers changed with the cold (so foxes, wolves,bears,weasels, deer, hares, snow leopards and owls to name a few) but later on this was amended so that any animal (or indeed human) can join providing they meet the exacting standards of the Order and show a true calling.

Armel is good friends with Sir Pigglesby although as Sir Pigglesby serves in the Army of the Sun, the two rarely get to meet and communicate largely by letter.

Ursines really have no need for clothing and armour due to the thickness of their fur and strength of their skeletons. However, Polar Paladin armour denotes status and office - this is very important to Ursines who tend to take themselves rather seriously (much to the great amusement of the more flippant weasels).

In case you were wondering, I am formulating a game which will include all my characters and many new ones

Armel was the result of a poll I ran on Twitter where people were able to choose an animal (from a randomly selected choice of four: gorilla, polar bear, mouse and leopard) and whether the model should be fantasy or reality based. The public chose a fantasy polar bear which proved a real head scratcher as I didn't see how I could avoid it looking like the bear from the Golden Compass (and really wished I'd changed the polar bear option from the beginning). I didn't want to make a monster and in the end I just thought I'd make something beautiful and as I sculpted, Armel developed his own character and story.

Armel is a Celtic/Breton name which means “bear prince”.

The painted Armel is the single material verstion printed in Siraya Tech Fast and Blu and then painted with Army Painter paints. I left the Blu unpainted for the blade as to me that suggested a magical "ice blade"
The multi material version was kindly printed by Tom Jackson and used Polyalchemy filaments.

Armel comes in single and multi material versions. Multi material files are prefixed with mm-armel and then a description of what the file contains. I have arranged the objects in four color group partly for your convenience but also it's easier for me to upload and maintain. If you wish to futher divide or change the arrangement, modelling software like Blender, Zbrush, Meshmixer or Netfabb (to name a few) should enable you to split the shells into separate objects.

Depending on the scale you print Armel at, you may need support under his left arm and hand. The staff pieces will need a brim to secure them during printing

The staff prints separately and will need to be fitted post printing - this decision was made to improve ease of printing and painting.

The base prints as a separate object 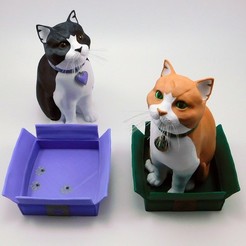 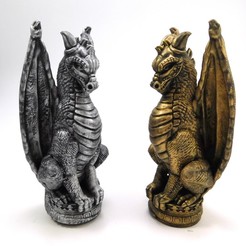 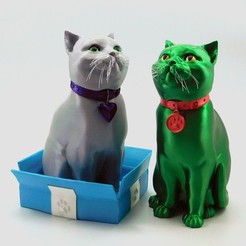