Apollo Sauroctonus at The Louvre, Paris 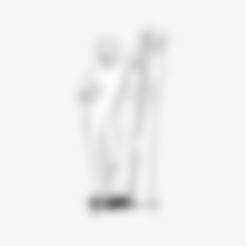 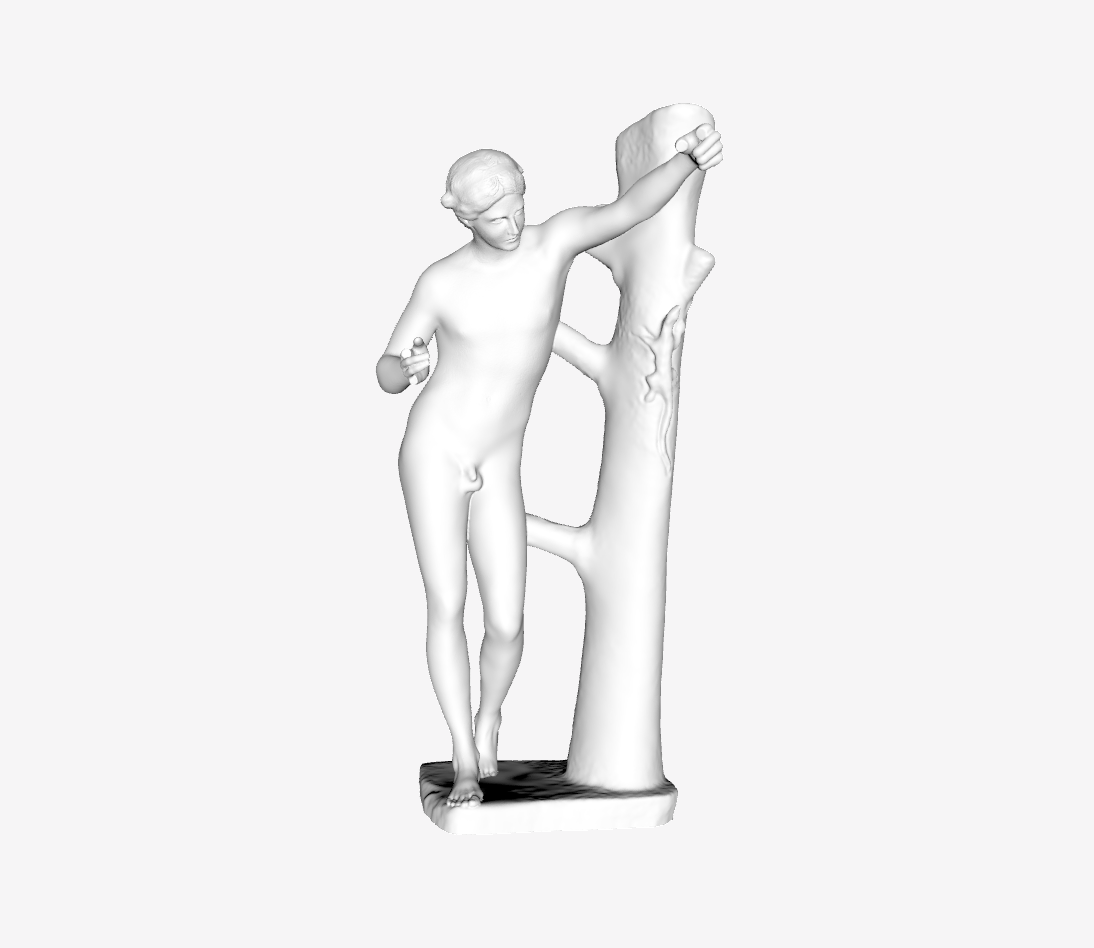 The Apollo Sauroctonus (Lizard Slayer), dating from about 350-340 BC, was one of the finest works by the Athenian sculptor Praxiteles. While it is faithful to the classical tradition, the subject is innovative and the style bold. Apollo is depicted as an adolescent, about to catch a lizard climbing up a tree trunk. The group was regularly copied by Roman sculptors. It evokes the god's purifying virtues and is quietly reminiscent of his later struggle with the serpent Python.

This marble statue was acquired by the Louvre shortly after 1807, when Napoleon I purchased the collection of Prince Camillo Borghese. It is generally held to be the finest Roman copy of the Apollo Sauroctonus ("lizard slayer" in Greek), a bronze work which Pliny the Elder attributes to the Athenian sculptor Praxiteles in his Natural History (34.69-70). The original, now lost, is thought to have dated from the middle of the 4th century BC. Apollo is depicted as a youth, totally absorbed in his childish game, hunting a lizard. The youthful god, his gaze vacant, is nonchalantly leaning against a tree trunk, preparing to grab the lizard climbing up it with his left hand and strike it with an arrow held in his right hand.

The very oddity of the subject was probably an important factor in making the Sauroctonus such a popular subject for sculptors to copy in the Imperial era. A large number of Roman copies of the group, like this one, have been recorded. Some small-scale models were even produced, as shown by a witty epigram by the Roman poet Martial (14, 172). A number of hypotheses have been put forward to explain Apollo's actions, many referring to the religious allusion that the apparently motiveless scene originally would have conveyed. The work is thought to refer to the purifying virtues of Apollo, who defeated evil creatures and destroyed scourges. It may also be an adumbration of his struggle against the serpent Python in Delphi. Apollo's purifying or curative powers are referred to in other epithets associated with the god: Apollo Smintheus, the rat slayer, and Apollo Parnopios, the locust slayer.

Praxiteles (fl. 375-335 BC) is best known for his Aphrodite of Cnidos, the first great female nude in Greek sculpture. However, all of his works, the Apollo Sauroctonus in particular, are strikingly bold in style, departing from the classical tradition of the fifth century BC. The subject allowed Praxiteles to develop one of his favorite themes-a young male nude with a graceful, almost feminine body and sharply defined hips. He takes contrapposto, developed by Polykleitos a century previously, a step further, positioning the body off-balance so that the figure requires a support. The tree trunk thus plays a dual role, as a realistic, picturesque detail that evokes the stage on which the action takes place, and as a support for the figure. The rigid trunk, with its dry, rough bark, forms a sharp contrast to the smooth curves of the figure. In particular, the marks indicating the muscles have been carefully smoothed and softened.