The Proxy design studio created and released on Shapeways the very first version of an incredible 3D printed object, Machaneu v1, a circular gear sphere with manual interaction. A simple action on one of the object's components activates the entire system. As its creator Toru Hasegawa announces, this is the first of a series of kinetic objects designed to explore the limits of 3D printing. He also explains that this object is based on the way nature works: it solves many problems through form, in order to use as few resources as possible. It is a strategy that is found several times in the natural world, leading to complex geometries such as bone structures. This same logic was used on each part of the Machaneu to create a porous object that appears completely solid. 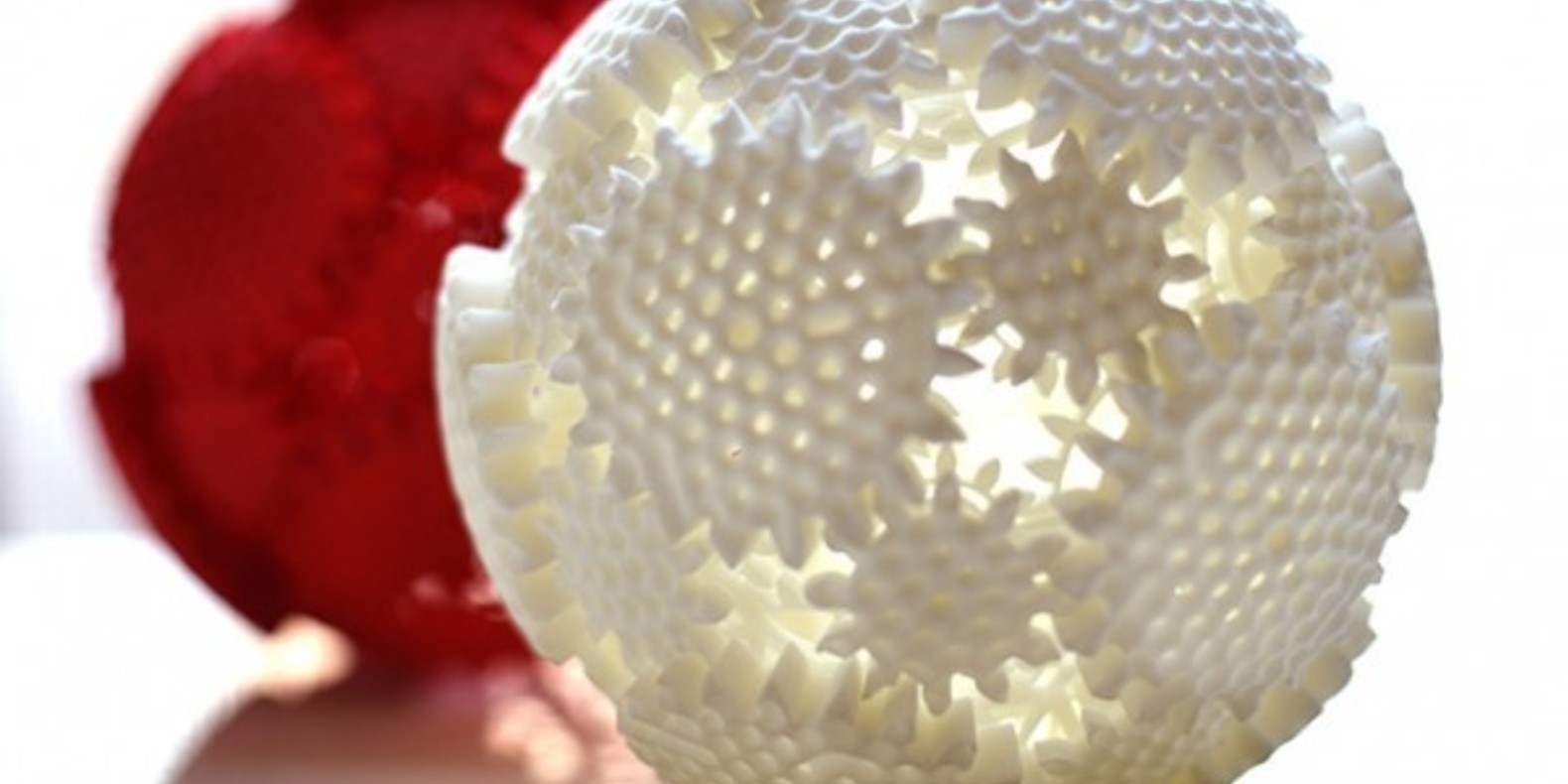 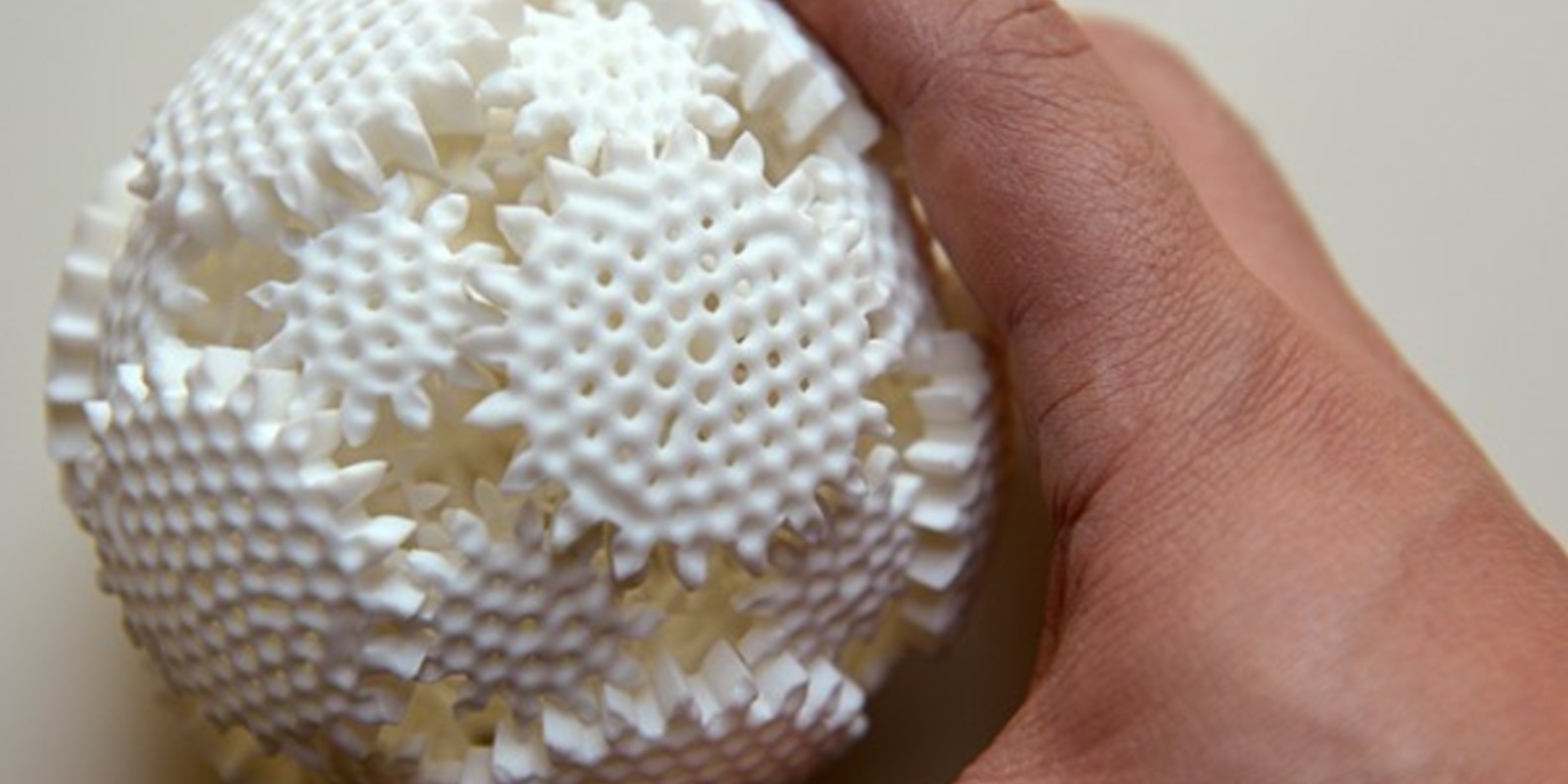 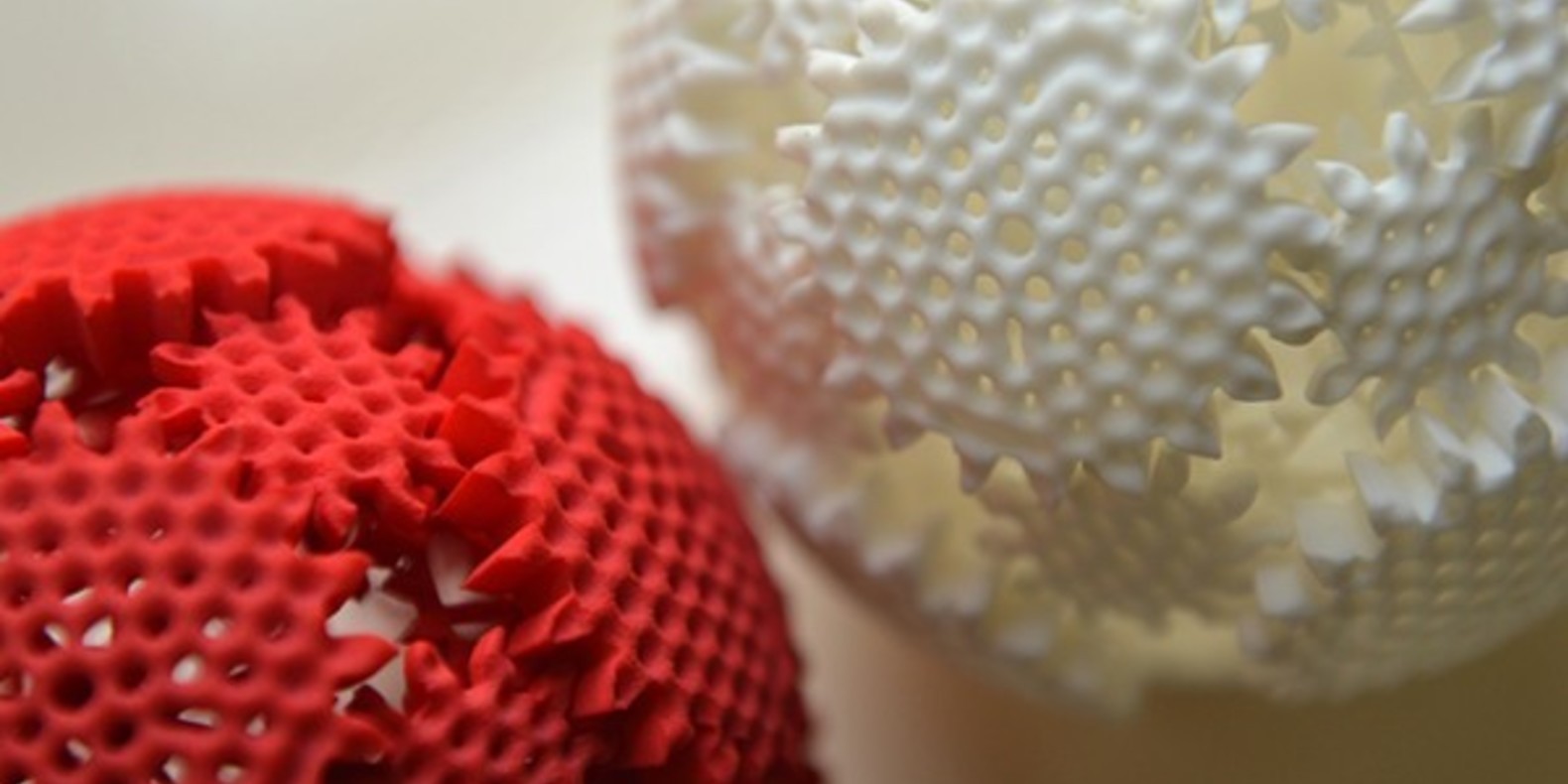 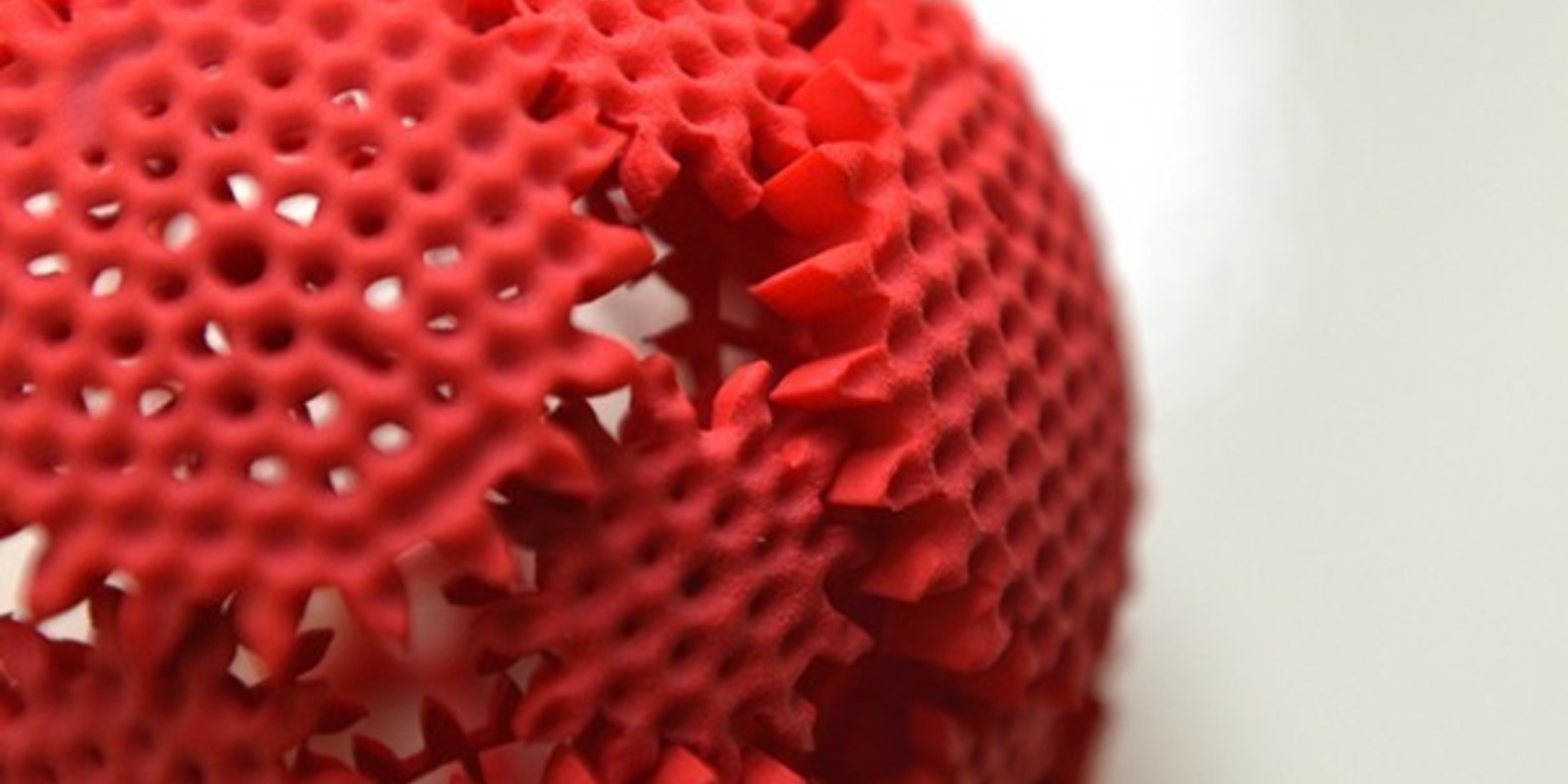 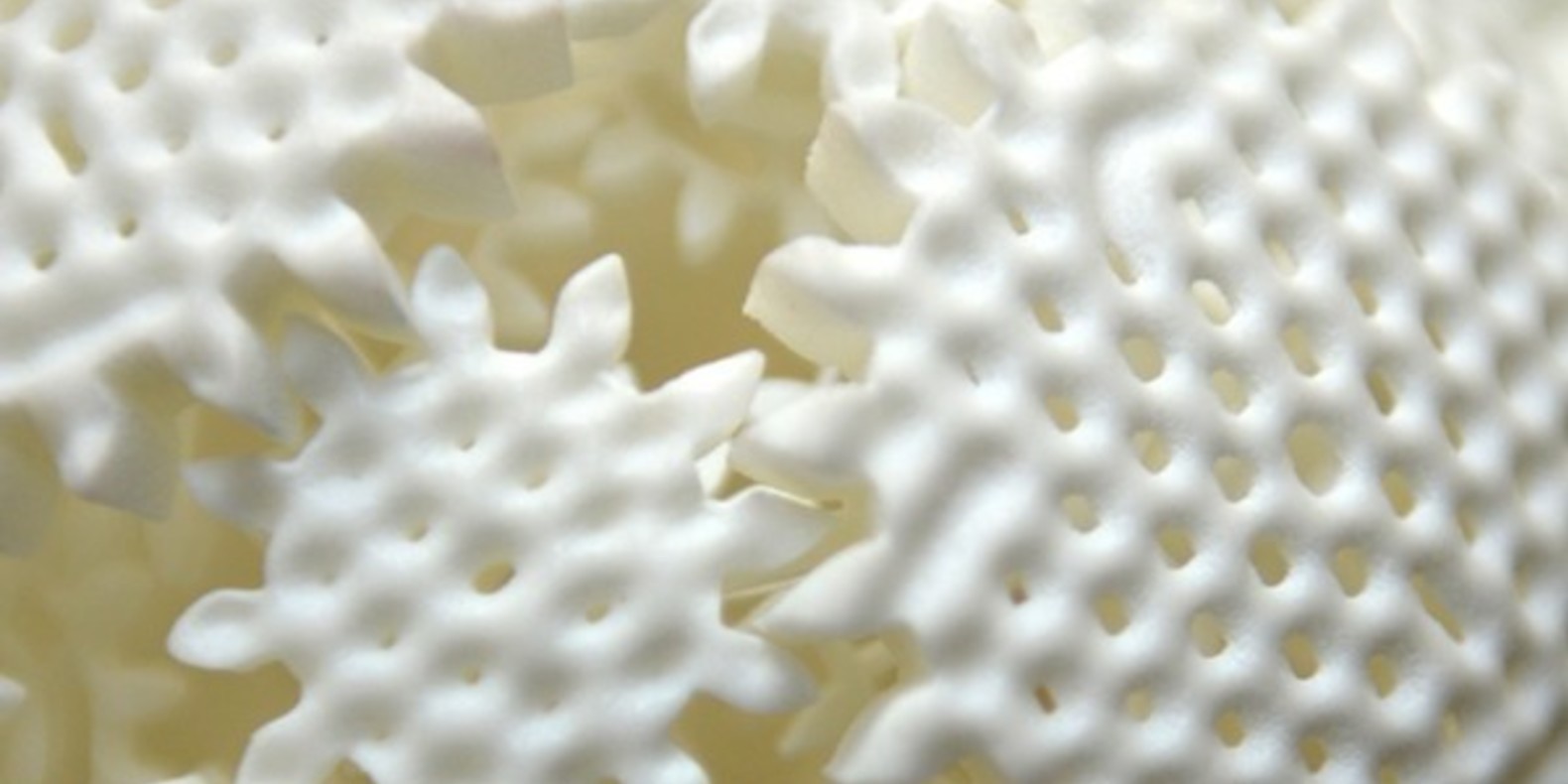 At the 3D Print Show in Paris, in the artistic part, we fell under the spell of the works of Linlin & Pierre-Yves Jacques

KitKat prints in 3D and to do so, they have set up a partnership with the Museum Of African Design in Johannesburg and created the Chocnology project,